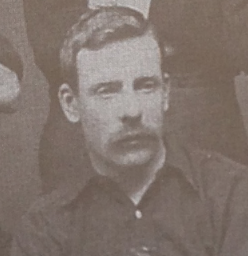 Born in Sandridge, Hertfordshire in October 1859.

1891 census shows him living in Spenser Street, St. Albans and working as a carpenter.  He is described as a widower and lived with his son, Horace junior aged 5.

Married Ellen on Whit Monday 1892 and by 1901 they had 8 children in total and lived at Hatfield road in St. Albans. 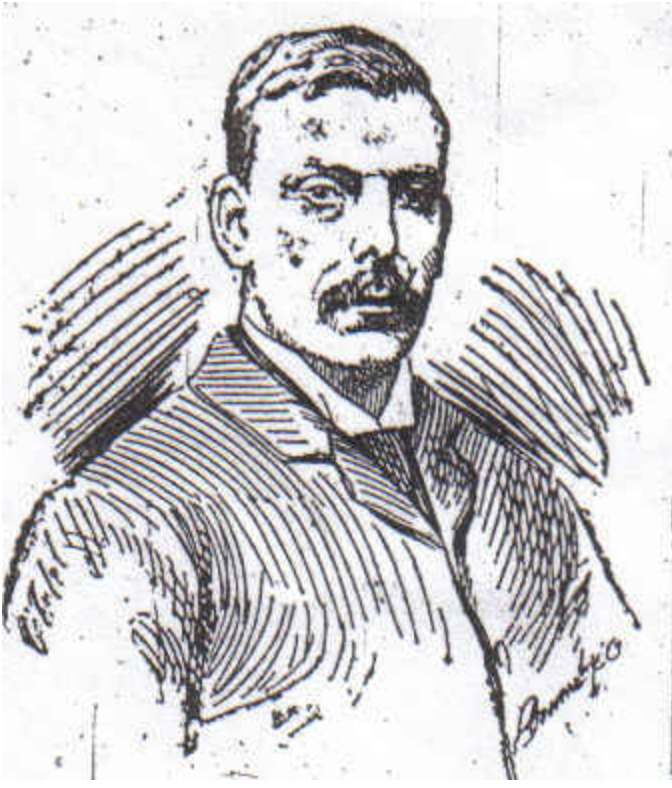 In January 1891 the bad weather caused postponements so the Luton Reporter filled their space with some details of Hod.

“it may be interesting to my readers to know that Mr Paul first played for St. Albans in 1883, and in 1886 the reputation he had gained as half-back brought him to the attention of the county executive, and that year he was chosen to play for Herts. versus Hunts. at St. Neots.  In the following year he again played for Herts. versus Northants at Wellingborough, and in 1888 he figured in the county team against London reserves at Ware.  At Easter 1889, the St. Albans club in recognition of his valuable services gave him a benefit match, the popular fixture with the London Caledonians being chosen for the purpose.  Mr Paul, says the writer, has from the very commencement of his career as a footballer always played in the position of centre half-back.  Although there is nothing particularly brilliant in his style of play, he possesses the essential qualifications of a half-back, being a sure tackler and a hard worker.  The principal characteristic about his play, however, is his heading.  There are very few footballers in the county who can use their heads with such effect as he can; many a goal has been obtained for St. Albans by heading the ball through from a corner kick.”

“In the familiar appellation of the gentlemen whose well-known features are portrayed above, but who, in polite society is known under the more euphemistic cognomen of Mr Horace Paul.  Without any previous experience beyond that of playing in a few second eleven matches for St. Albans, he was first chosen to play for the City club in 1883, when the team consisted of such well-known trundlers as A.T.B. Dunn, C.P. Wilson, W.N. Roe, and the brothers Sargent.  His debut was so successful that he played regularly for the club for the remainder of the season.  His sudden rise into prominence was all the more noticeable because in those days St. Albans used to “take on” some really good clubs, St. Mary’s, Guy’s, the Spartans, the London Caledonians, the Vulcans, West end, Clapton, Dulwich, Watford Rovers, and Luton always figuring among their fixtures.  In 1886 the reputation he had gained as a half-back brought him to the notice of the county executive, and that year he was chosen to play for Herts versus Hunts at St. Neots.  In the following year he again played for Herts. versus Northants. at Wellingborough and in 1886 he figured in the county team against London Reserves at Ware.  About that time, too, he assisted Luton several times in some of their more important engagements.  At Easter, 1889, the St. Albans Club in recognition of his valuable service, gave him a benefit match, the popular fixture with the London Caledonians being chosen for the purpose.  On this occasion St. Albans had a very strong team, including Messrs Moore, Bennett, Aylen, Humphrey, Dickson, and Francis.  The home team beat the powerful Scots’ combination by no less than six goals to one, the beneficiare himself himself obtaining the first goal by heading in a corner kick.  It was on Good Friday, 1890, that “Hod” received his first serious injury at football.  He was playing for Luton against Crouch End, and the muscles of his side were so seriously injured by a charge by one of his opponents team that he was compelled to become an inmate of the St. Albans Hospital.  His accident was unfortunate for the St. Albans Club as well as himself, for on the following Saturday  the Albanians had to replay their cup tie with Hoddesdon in the final for the county cup.  His services in this contest were greatly missed and the St. Albans team suffered severe reverse.  He had several times assisted Enfield Town against St. George’s School.  “Hod” has from the very commencement of his career as a footballer always played in the position of centre half, as he possesses the essential qualifications of a half-back, being a sure tackler and a tremendously hard worker.  The principal characteristics about his play, however, is his heading.  There are very few footballers in this county who can use their heads with such effect as he can; many a goal has he obtained by heading the ball through from a corner kick.  At the beginning of the present season, the executive of the Luton Club very wisely determined to establish their team on a “professional” basis, and negotiations were entered into with Paul with a view to him taking up the position of centre half-back.  “Hod” accepted the offer, and has won his way with marvellous rapidity in the favour of the Luton football-loving public by his genuine work and consistent good form.  His absence undoubtedly made a great difference to the result of the game against West Herts, and the Rev C.W. Bennett, who played in his stead, was the first to acknowledge that Luton would have come off victorious if “Hod” had been in his accustomed place.  In the match with Clifton on Saturday his play was greatly admired, and one of the Bedminster men frankly declared “that he was the finest centre half-back he had ever seen in Bristol.”  Our hero certainly covered with laurels, as he likewise did all over with mud, and in this connection it is well to say that the above photo was not taken directly after the struggle.  It is something to “Hod’s” credit that none were more eager to congratulate him on the splendid display had given than his own comrades in the fight, and they will all unite in the hope that he will occupy the same prominent position in many a contest yet to come.”

Hod was a tough half back who was often hurt in games.  He left the Straw Plaiters at the end of the 1891/92 season.