Straw plaiting is, not surprisingly, the art of plaiting straw to form a length (shown below) suitable for making hats.  The length is sewn together in the rough form of the hat required, which then continues in the hat manufacturing process to form a straw boater or bonnet.  We shall look at the subsequent processes in future interludes.

It was a job that anyone, including children as young as four, could do and although it was a rather monotonous job it did give families an extra income.  Children would attend plaiting school to learn the methods involved. 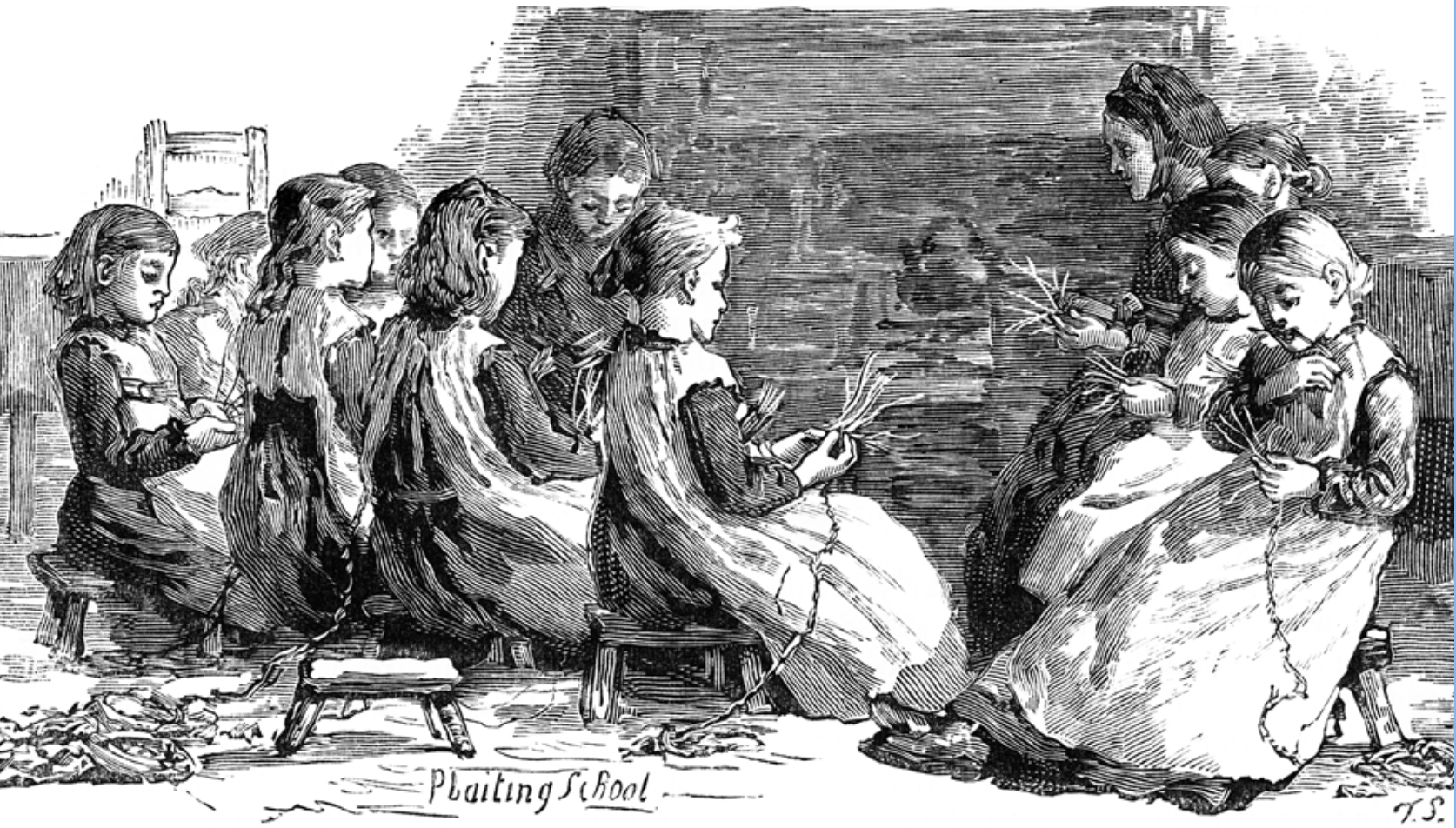 Luton was the hat manufacturing centre.  Plaiting actually took place in the villages around Luton, into Buckinghamshire and Hertfordshire, other parts of Bedfordshire and into North Essex.  There were around 30,000 men, women and children making plait in 1861.  The plait was transported to Luton to be sold to the hat manufacturers.  This was sold by merchants in the street plait market until 1869 when the Luton Plait Halls opened (below).  There was an entrance in Cheapside and Waller Street. 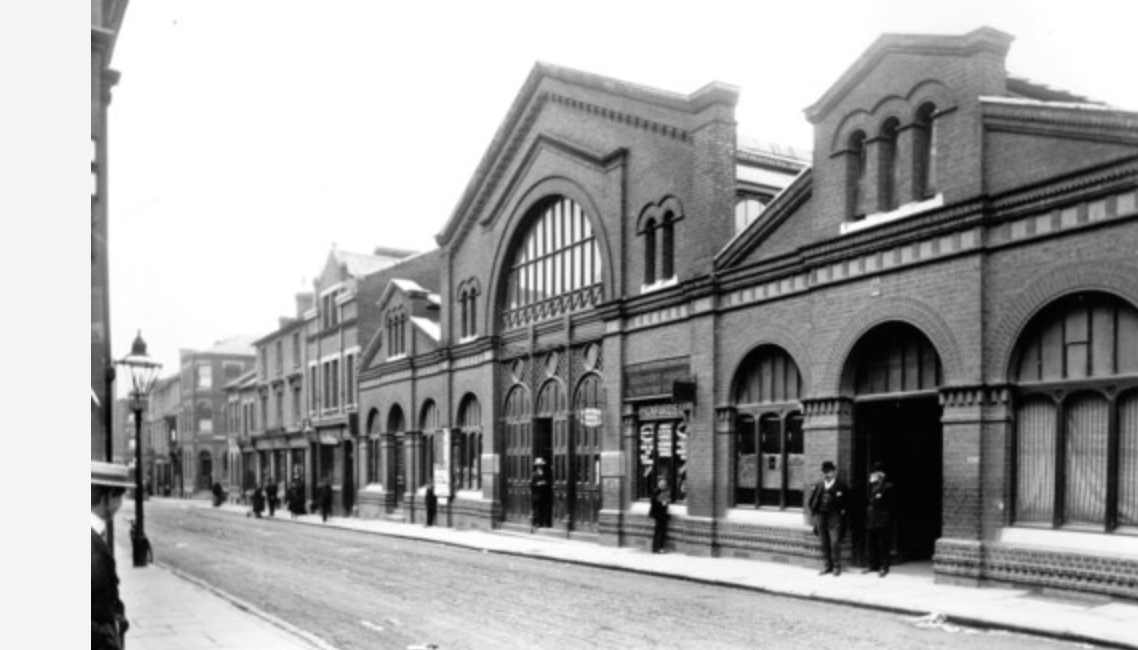 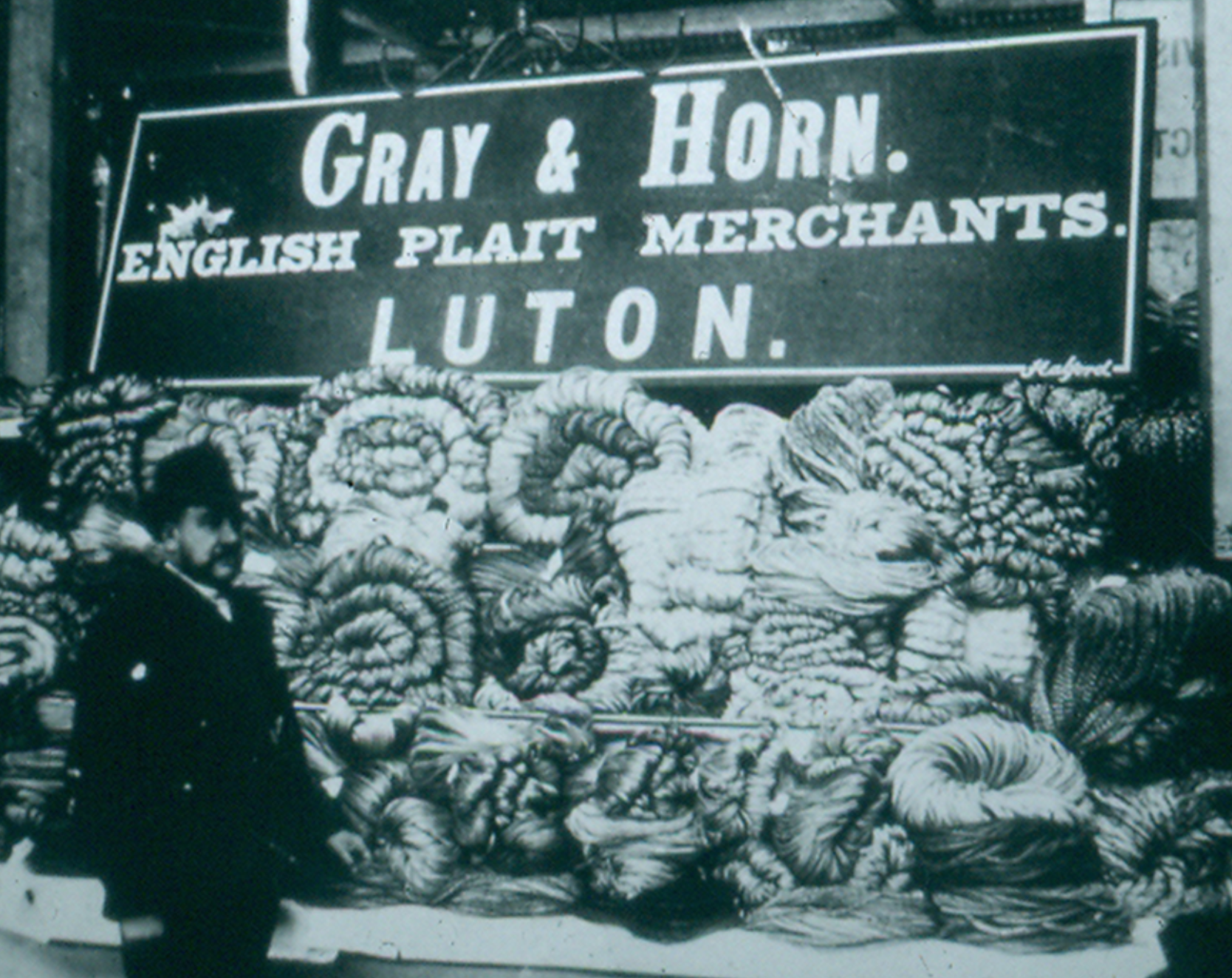 Plaiting did not pay well.  Sewing, in general, made much better money and attracted many women to the area and contributed to the rapid growth in Luton’s population in the 19th Century.  This was, however, an industry based on fashion and suffered peaks and troughs so at times even sewing did not pay well.

By the 1880’s the straw plaiting industry was in decline in England as the pressure of foreign imports took its toll.  However, the decline coincided with an increased demand for straw boaters and other straw headwear.  The timely invention of the sewing machine and hydraulic blocking machines meant that Luton’s hat manufacturers were able to meet the demand using the cheap foreign plait.  Luton’s association with straw plaiting stuck and thus the nickname, given by the newspapers, for the football team was “The Straw Plaiters.” 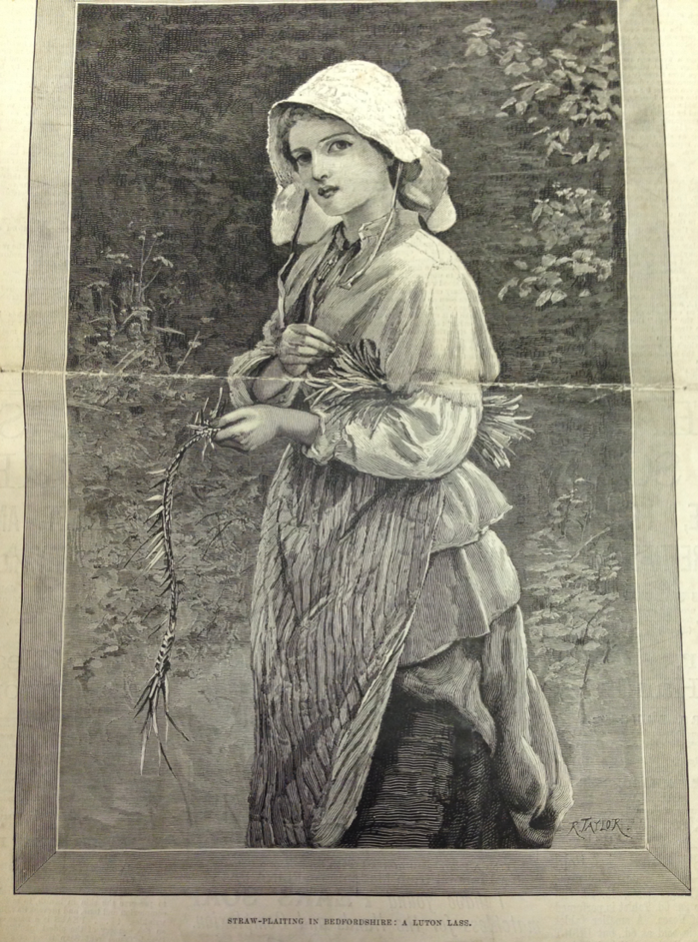 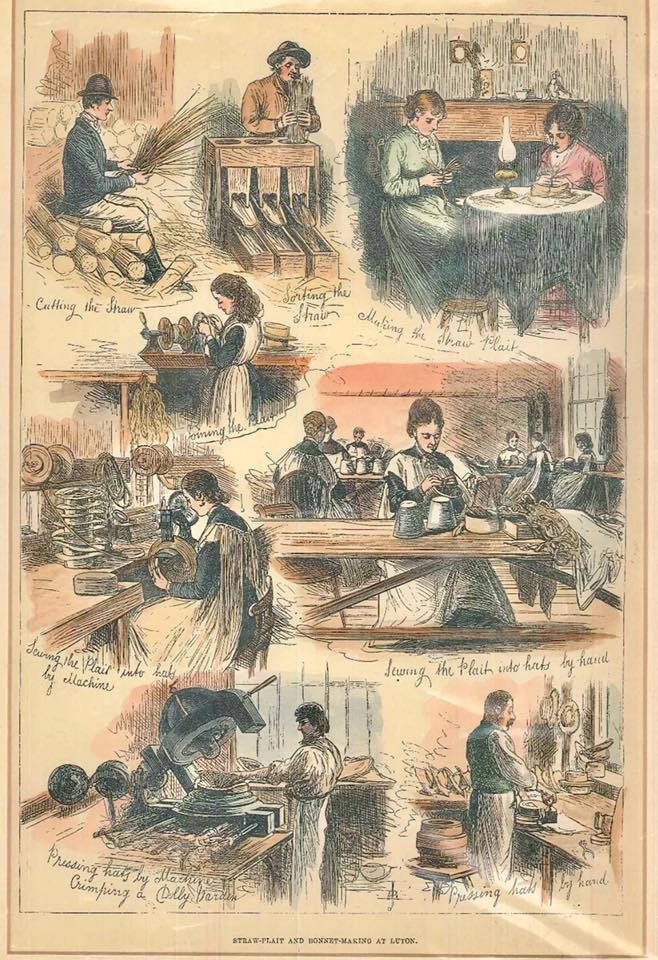 With thanks to Veronica Main, Wardown Park Museum, part of Luton Culture.  See their leaflet for more information on the hat industry. www.lutonculture.com/uploads/documents/1339774056_HatIndustry.pdf