His parents, William (a Potter) and Elizabeth Hannah married in Perth, Scotland on 6th September 1892. 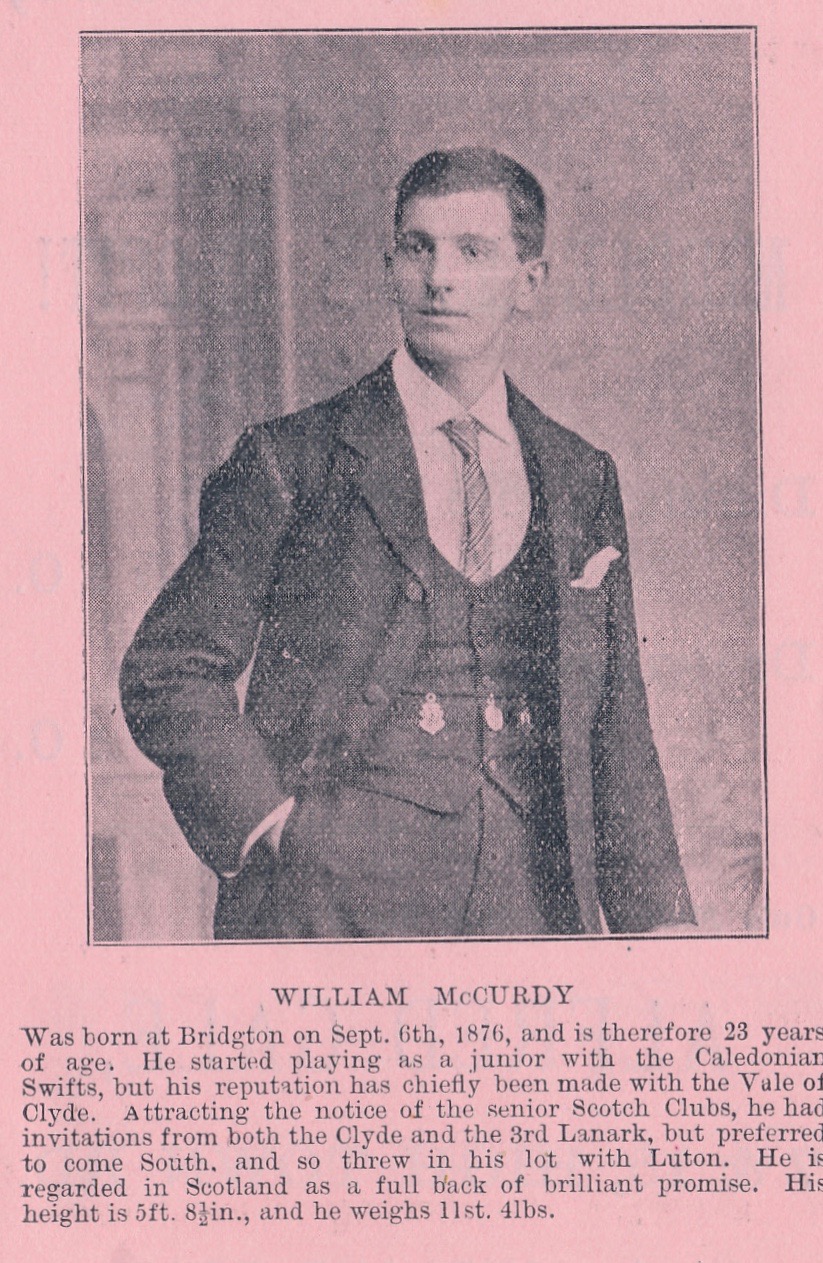 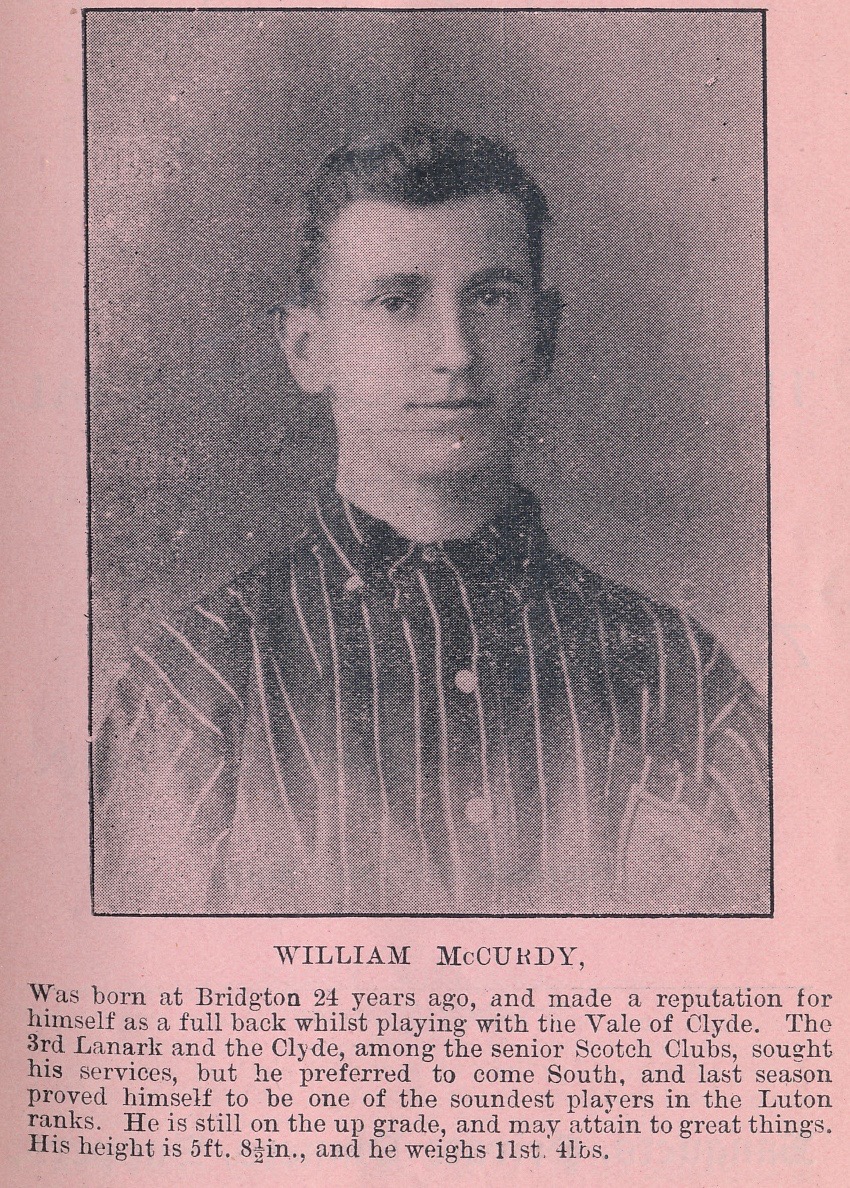 Bill played 251 times for the Straw Plaiters scoring one goal.

William was a Grocer in Nottingham in 1911 with a son & daughter being Lutonians.  There the trail goes cold.  Emigration to America is a possibility.

Thanks to Mike Davage.