I will develop this article as more information is gathered.  In the meantime I thought I would share  a couple of interesting items.  The first relates to;

Arthur Rostron Bourke, with whom Luton Town formed a special relationship.  He first came to Luton to referee in early 1893 and it appears that a close friendship, off the field, was formed.  When the club wanted to play a charity match, they asked Rostron Bourke if he could raise a team.

On the 29th April 1893 Rostron Bourke brought a team to Luton made up of London players to participate in a charity match for funds for the Luton Town Cricket Club (who were always in financial trouble in this period).  After the match there was a Smoking Concert in the Council Chambers.  The following is from the Luton Reporter;

“Mr A. Rostron-Bourke, when the toast had been heartily honoured, rose to respond.  He said he been quite unarmed by the manner in which the toast had been given, for the terms of approval of the play of his side had been extremely kind.  So far as he was personally concerned he could say that the short acquaintance he had had of Luton had been most delightful.  If he could render them any service next year he would be delighted.  Having observed that credit was due to the gentlemen who so readily responded to his invitation to play, the speaker said he did not think there was any cause for discouragement in losing against such a team.  He was very glad his side won.  He was bringing another team on Easter Tuesday next year, and if Luton won it then it would not be his fault.  He wished the Luton club all the success they deserved.  They played a nice, gentlemanly game – one far different to some games they saw.”

He managed to maintain an impartial stance during games and was highly respected by all players and fans alike.  He refereed the Luton Charity Cup Final of 1894 which saw the Straw Plaiters win their first trophy.  As part of the presentation, Rostron Bourke was asked to speak;

“Mr. Bourke, who was called upon by Mr. Barford [the Charity Cup Committee Chairman] to make a few remarks, said if in any way he had been of service to the Charity it had been to him a labour of love.  He was very pleased with the way the game was conducted.  As a referee, he never expected to find the best football display in a cup tie.  Every man was so anxious to do his very best that very often he did his very worst, but apart from that he thought for a cup tie it was really a capable game.  Expressing his thanks to the teams for the very little trouble which they had given him, he said he did not think he ever met teams who took the referee’s decisions better.  The referee could not always be right.  Players always made mistakes, and that did not made any difference, but if the referee made one mistake the crowd were “on him” like a shot (laugher).  Having remarked that he was delighted to be of any service to football, he mentioned that this was his 81st match this season.  He went on to say that he wished the Wolverton team every success.  They had greatly improved since the commencement of the season, and they played a scientific game.  He desired to say the same thing of the Luton players.  Since last year he believed they had improved 50 per cent.  He thought they had a great future before them if they stick to their committee.  After observing that he felt confident the Luton players had an excellent committee, he concluded by expressing the hope that both the Clubs would flourish as they deserved to do.  Mr. Bourke subsequently proposed a vote of thanks to Mr. Barford in a few complimentary sentences.”

He brought a team to Luton the following two years. 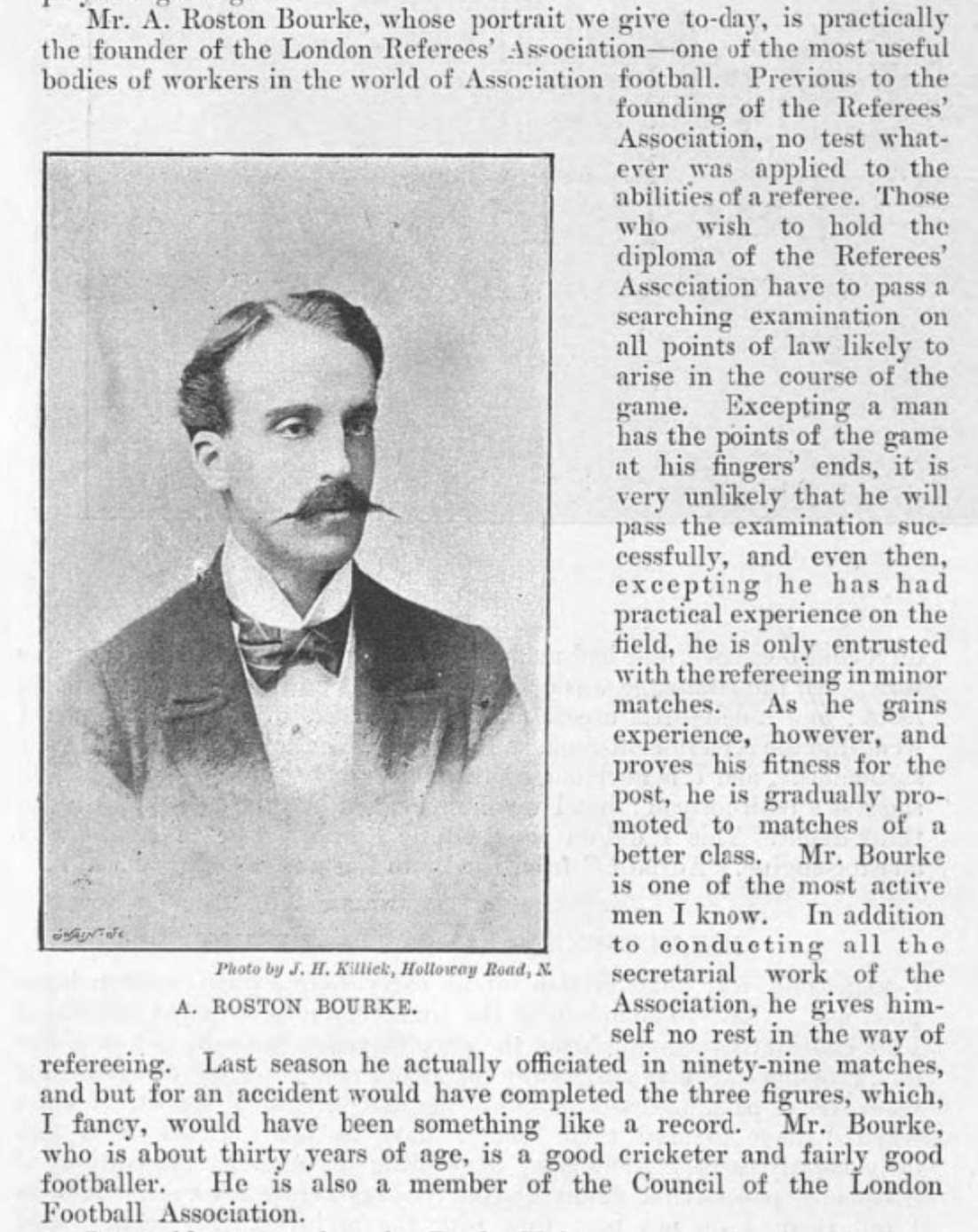 The attached clips are from an unidentified newspaper from 1895. 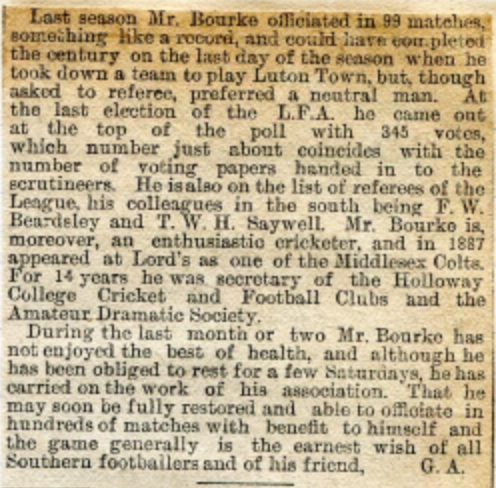 The following clips are from 1895 and appeared in the Football Star with a clip from Mr Rostron Bourke at the end. 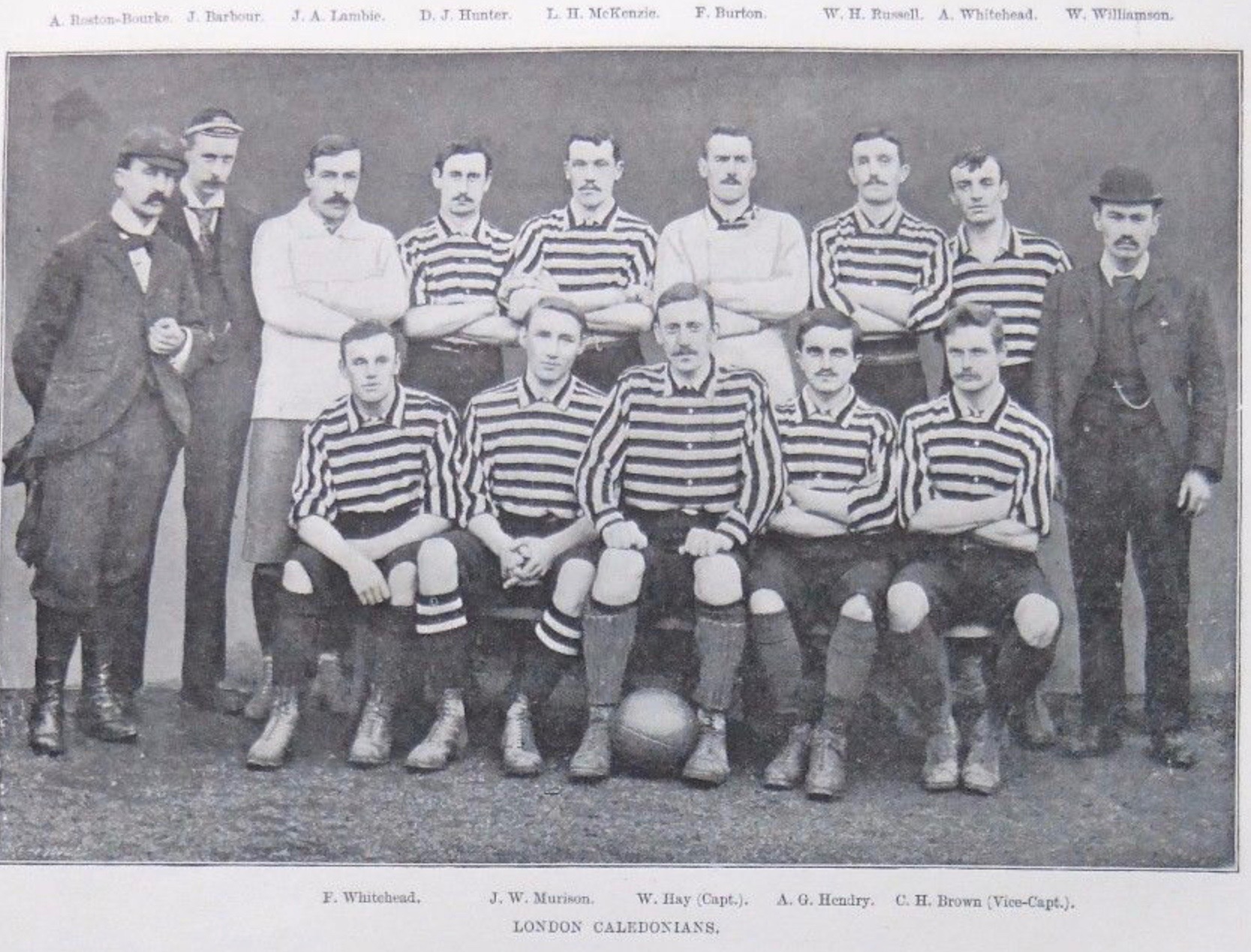 Arthur with the London Caledonians team of 1894/95.

By kind permission of the University of Leicester, the following is from “The Wyvern” of 9th November 1894.

Mr Ashmole refereed two Luton Town games in early 1892.  The first game was against Middlesbrough at home in the F.A. Cup first round in January.  The second took place at Kettering in the semi final of the Kettering Charity Cup against Grantham Rovers in March. 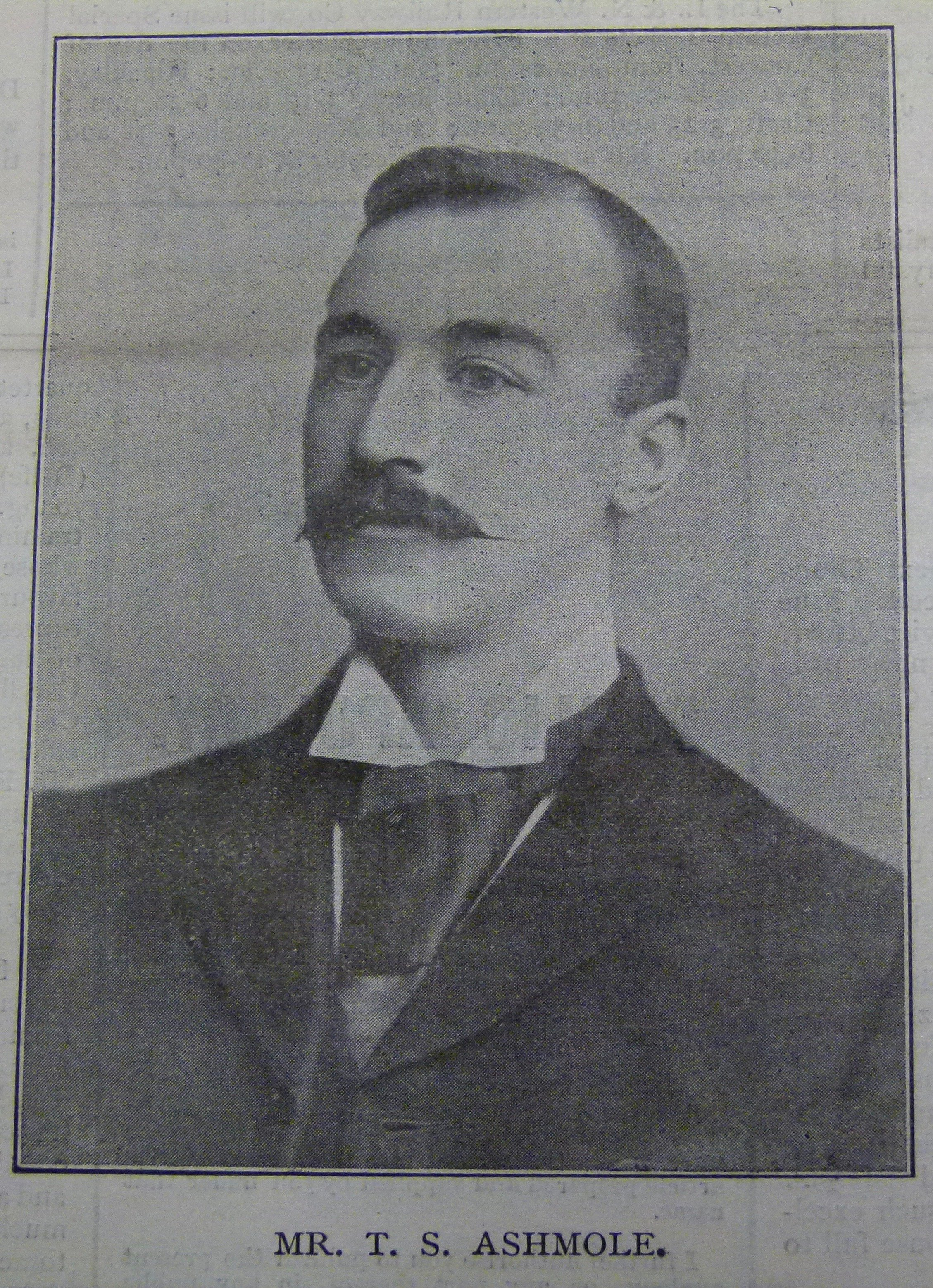 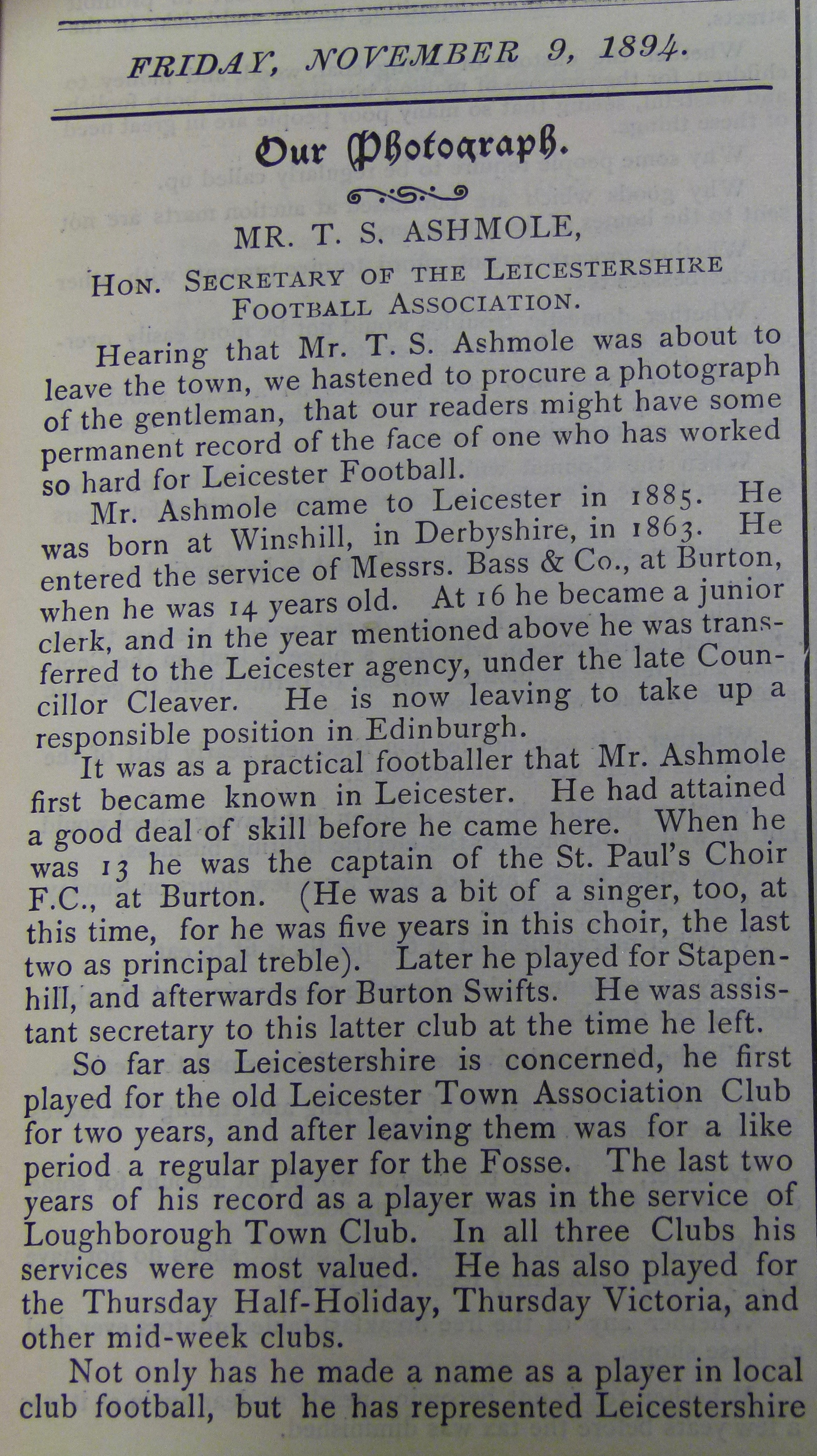 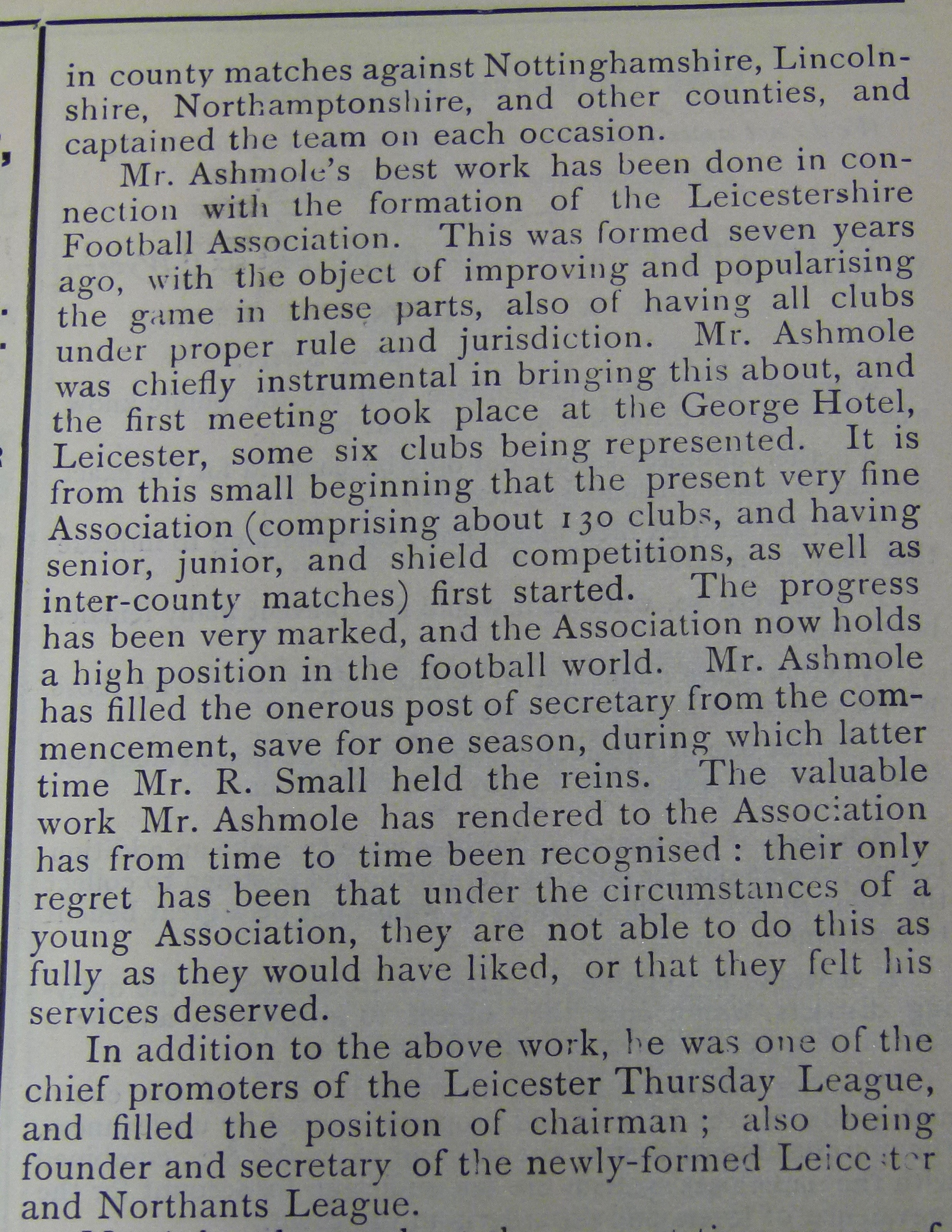 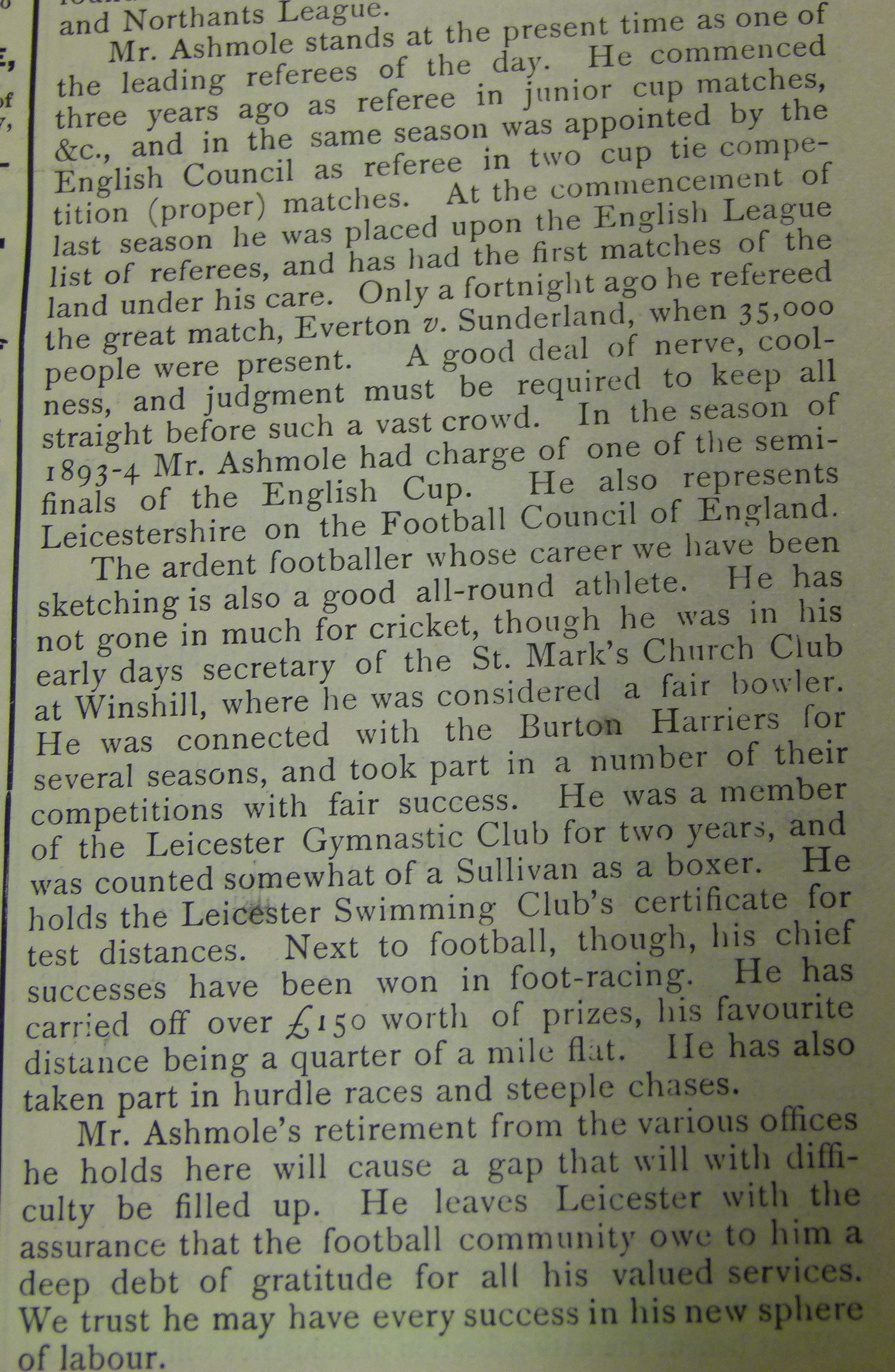 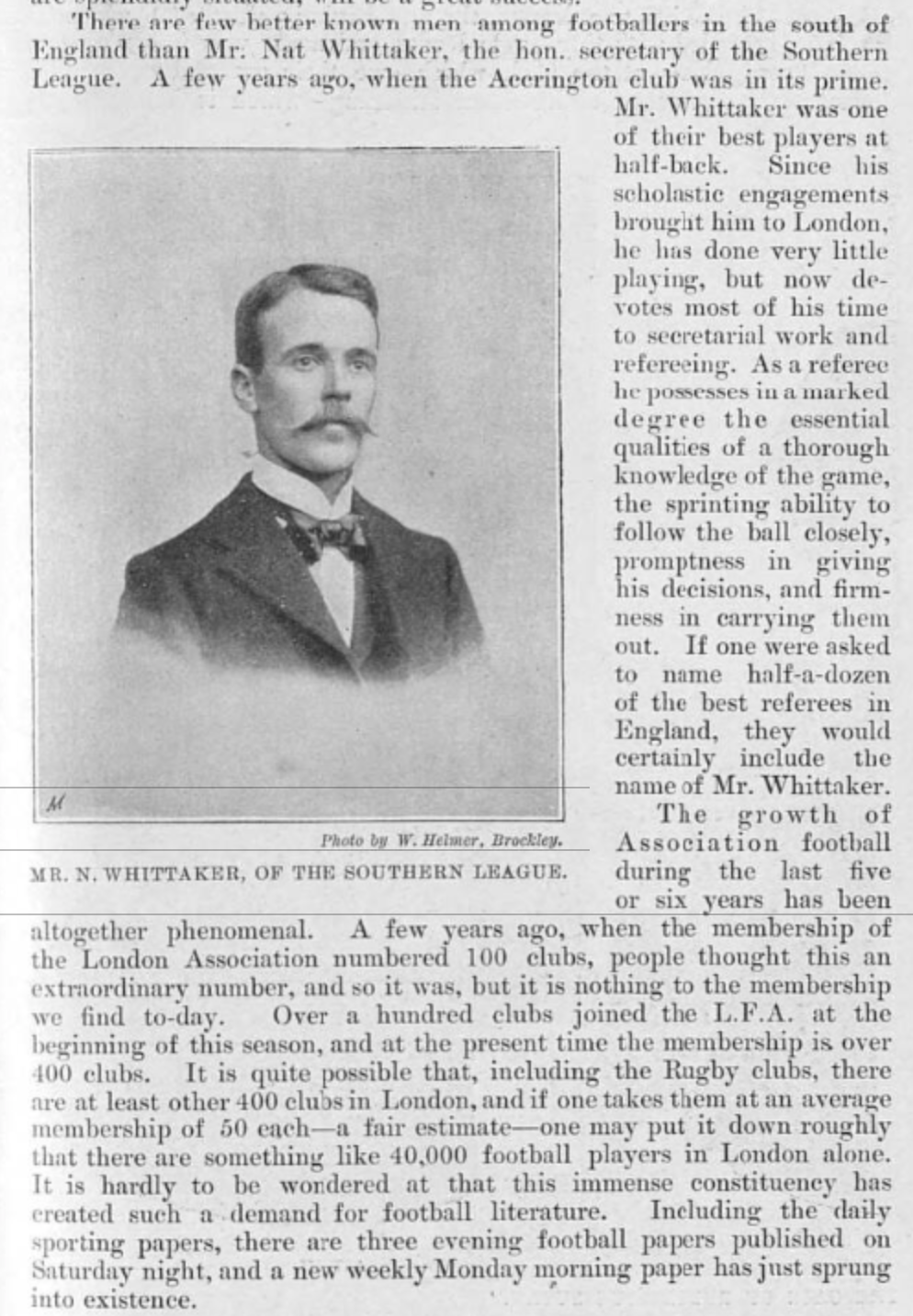