When researching J.W. Julian (see Hall of Fame) I discovered that in 1894 he was asked by Nettie Honeyball to coach the British Ladies Football Team.  Nettie Honeyball appeared to be the only female footballer mentioned at this time.  Yet she had a rival.

The Luton Times published the following clip on 5th April 1895.  It was written by a lady about a Ladies football match played in London. 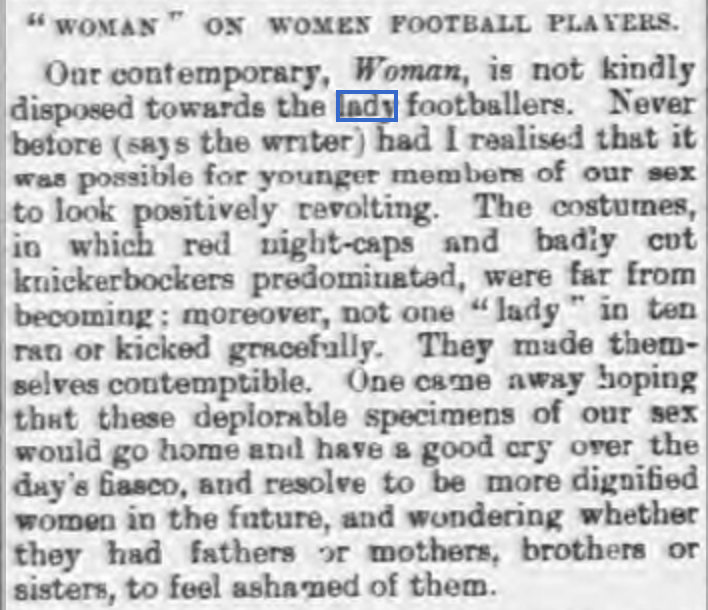 The Luton Town minute book entry of 1st April 1895 reveals that the committee had been approached about a ladies match;

“Resolved to offer the Ladies April 8th or 22nd at £5 guarantee or half gross gate.  If accepted price to be 6d admission, 6d stand.”

The committee meeting on the 8th April records receiving a letter from Miss Honeyball (photo below).  The meeting, 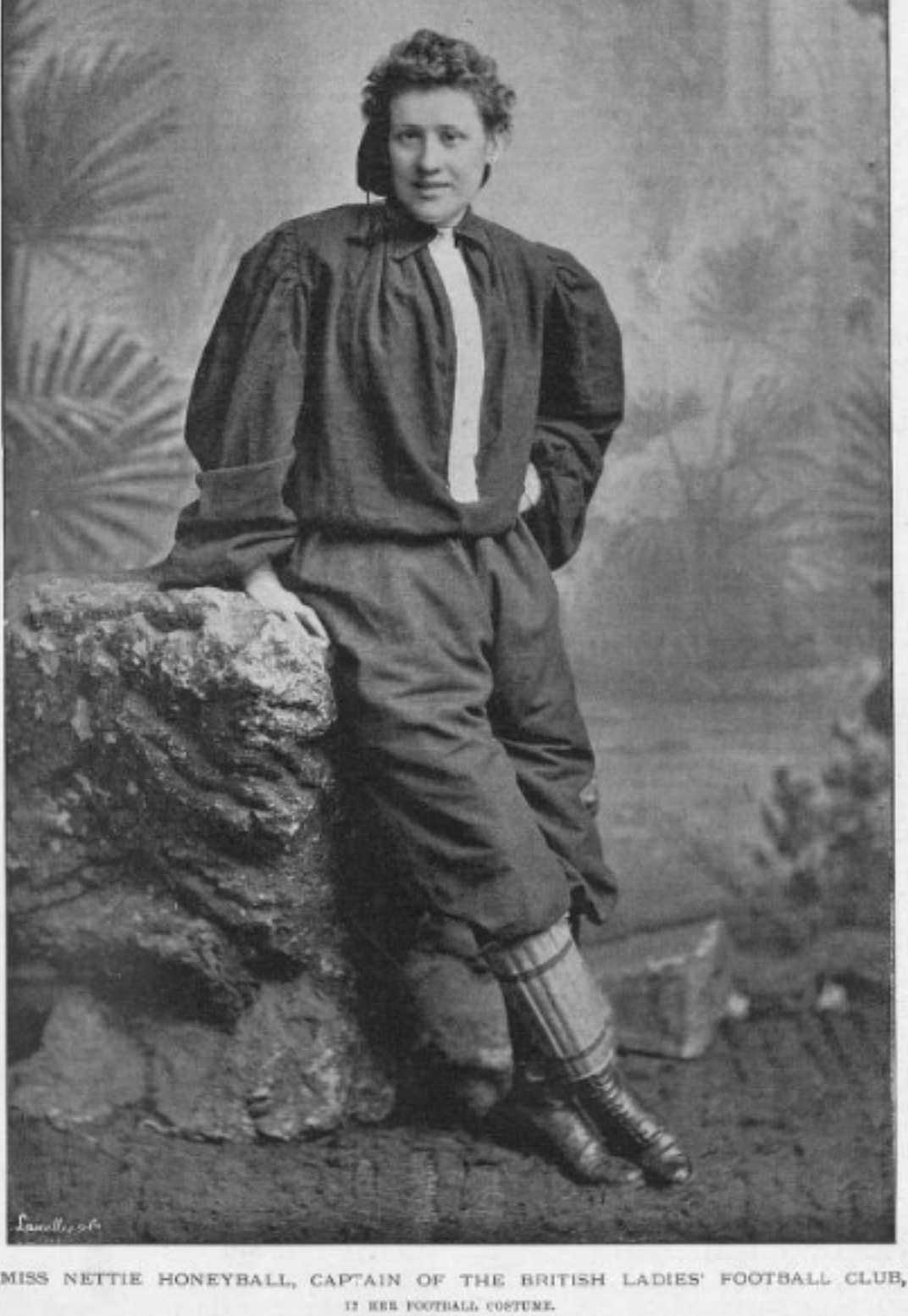 Nothing appears to have resulted from Miss Honeyball’s approach.  However, on 1st August the committee discussed a letter from “Miss J. Bowman Ladies Football Club.”  The committee agreed that;

“That Sec should write stating we could not entertain the offer of Ladies football club at present.”

Who was Miss J Bowman?  Was this a local lady offering to form a Luton Ladies football club?  It appears that was her intention.

The committee received a letter from Miss Honeyball’s rival and discussed it at a meeting on the 9th September 1895.  The letter was from “Ellen Graham Ladies F.C..”  The committee decided that the;

Not to be denied Miss Graham wrote again and a date was fixed for a match on Wednesday 20th November 1895 at the Dallow Lane ground.  The Luton Times of the 22nd November 1895 covered the match. 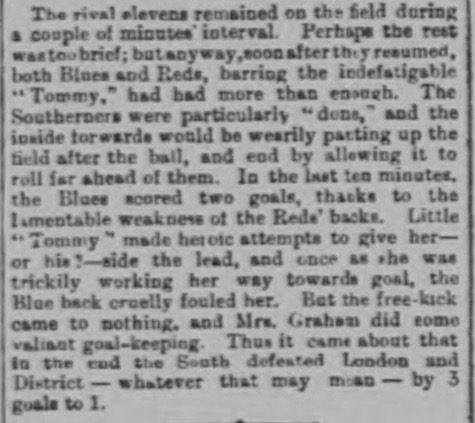 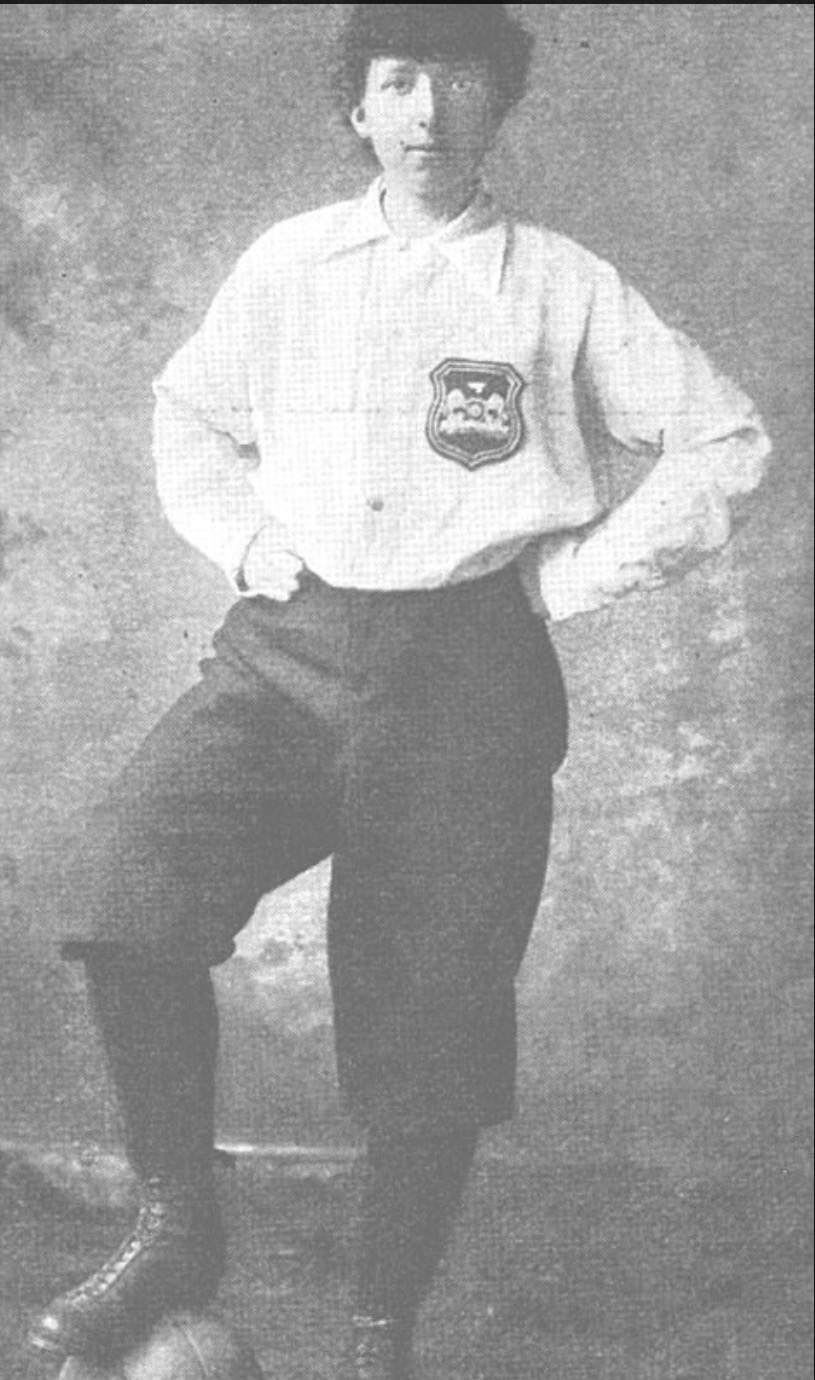 Helen Matthews, above, played in many of Mrs Graham’s teams.

The editorial, below, pulled no punches.

It is a pity that the match was part of a money making circus rather than a real exhibition of what ladies could achieve in football.  For a town like Luton, whose female population greatly outnumbered men, it was particularly disappointing.  With a huge pool to choose from, the town could have had a formidable ladies team.