This humour may appear dull to us today, but remember that football was a new game and this humour was new.

The following cigarette cards are from 1895.

The following clips are from early 1890’s newspapers. 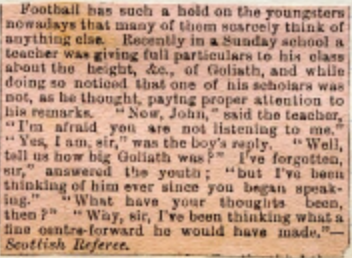 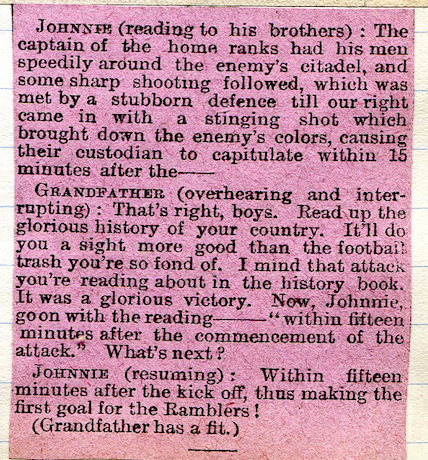 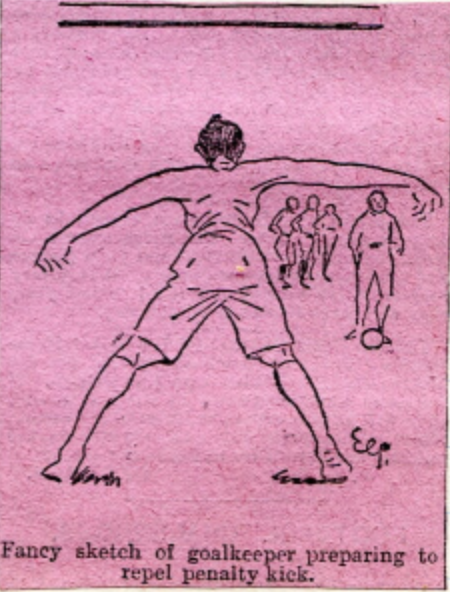 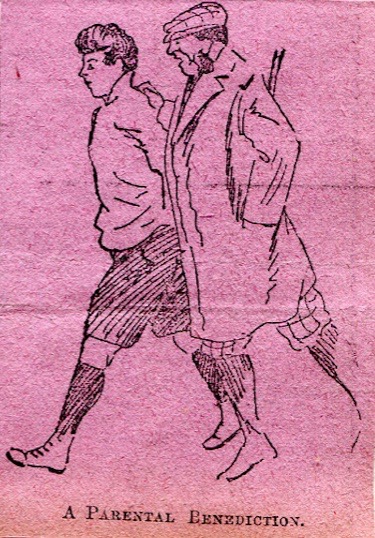 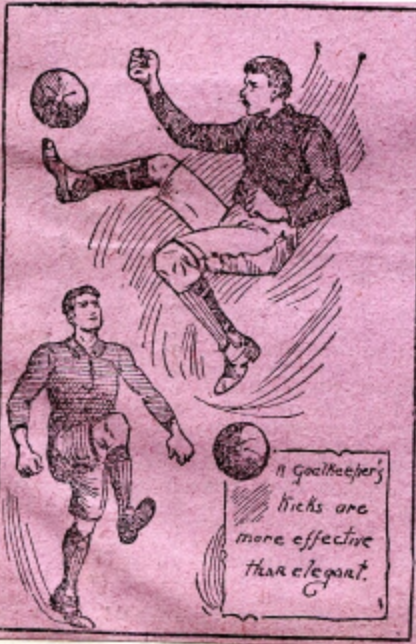 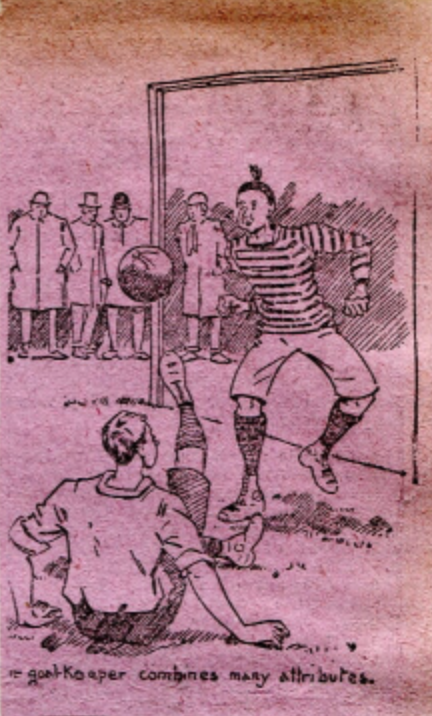 The following clip is from “The Polytechnic Magazine” of 18th September 1891 and published by the kind permission of the University of Westminster http://www.westminster.ac.uk/about-us/facilities-and-services/archive-services

The Father of Football, Lord Kinnaird enjoyed hacking and was disappointed to see it outlawed in the game –

“He was renowned as perhaps the toughest tackler of his day, giving rise to the (probably apocryphal) story that his wife once expressed the fear that he would “come home one day with a broken leg.” A friend is said to have responded: “You must not worry, madam. If he does, it will not be his own.”

Advancing years have done nothing to quench my enthusiasm for football.  When walking through the local parks I always take an interest in any game of football.  I cannot help wishing that the ball will be kicked towards me so I can kick it back.  The desperation can reach embarrassing proportions.  Even if the ball goes a long way from me, I will shout ‘it’s Ok” and run after it.  The lads whose ball it is, seem to understand the need of an old man to kick that ball once again.  I run very slowly with each step reminding me of injuries sustained in my “swashbuckling” years.  The lads are always grateful and I continue on my way, satisfied and recalling past glories.  The following clip refers to a tea party given in Houghton Regis for the schools of the neighbourhood.  It is from the Bedfordshire Mercury of the 25th August 1849 and demonstrates that my passion is nothing new.

“Mr Gibbs then appeared…….and ran off to the centre of a tumultuous crowd of some hundreds of boys………and who was loaded with footballs.  Directly the footballs touched the sward [grass] of the park away went scores of boys after each one; while from among the spectators in the park, who were at least twice as numerous as the children, men ran out in numbers, scattered the light troop of boys, and kicking, running and scuffling with the greatest eagerness: even grave seniors, with corpulent stomachs, forgetful of their dignity, and unable to resist the temptation, ran and kicked vigorously at it whenever an opportunity offered.”

A Victorian…ahem…anatomy of a footballer below 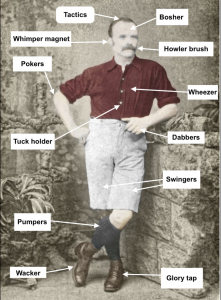