Grounds around the town

I will produce a separate article on the Dallow Lane ground but I thought it would be useful to set out the other grounds around the town.  I need to do some more research on these grounds.  If you have any information please email me via the contact button.

Cardiff Road – Grosvenor House School F.C. played there.  We can see from the 1880 map below that there were plenty of open fields for a football pitch. 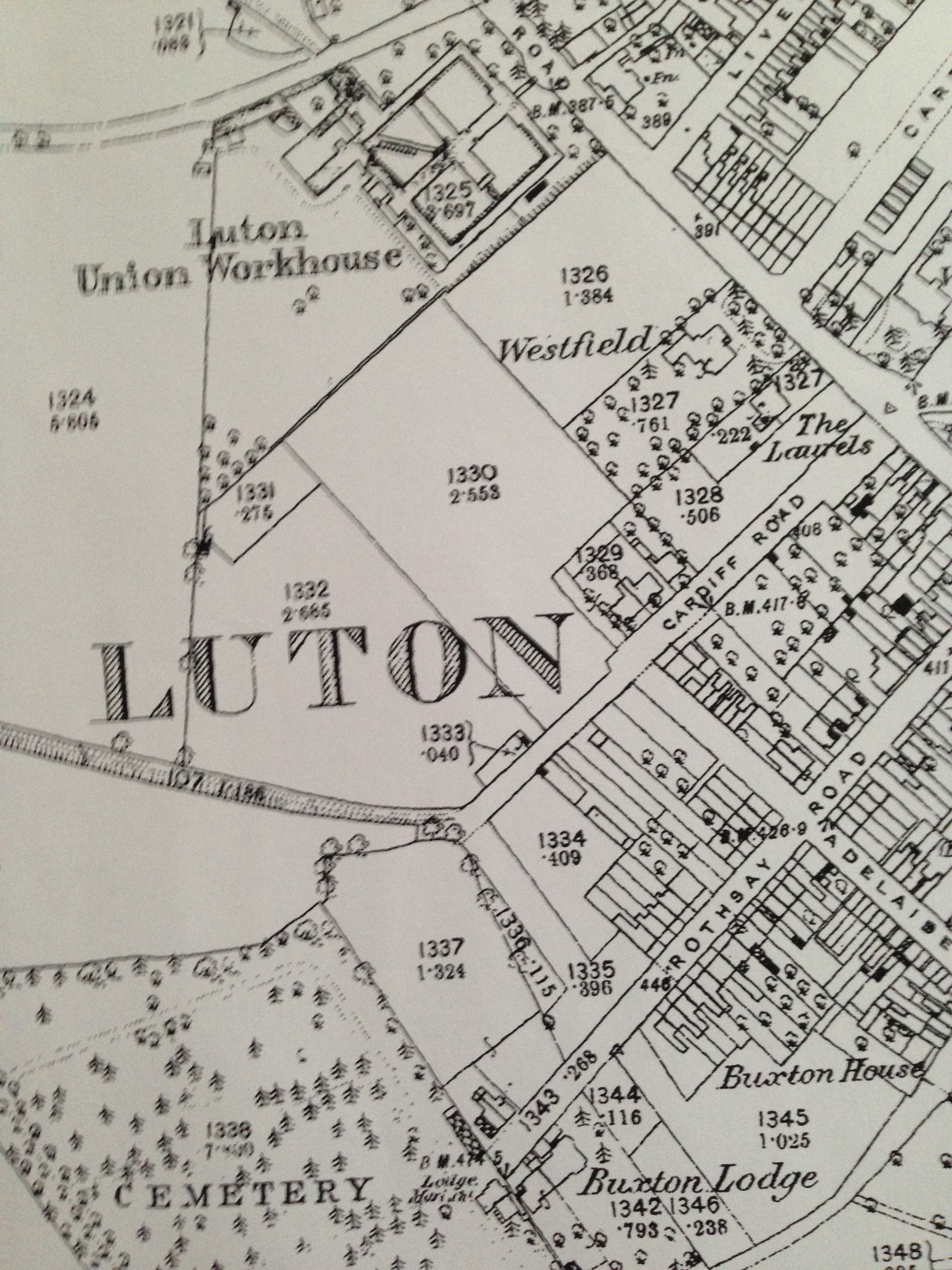 People’s Park (Bell’s Close and Pope’s Meadow) – used by Luton Wanderers until 1884, Park Rovers, Luton Rovers, St. Matthews FC, St. Matthews Bible Class, St. John’s Mission, St. John’s College.  These games were probably played on the Bell’s Close part of People’s Park.  Apologies for the quality of the map – below is the 1880 map of High Town.  Bells’ Close is at the top right centre with rows of tree round it. 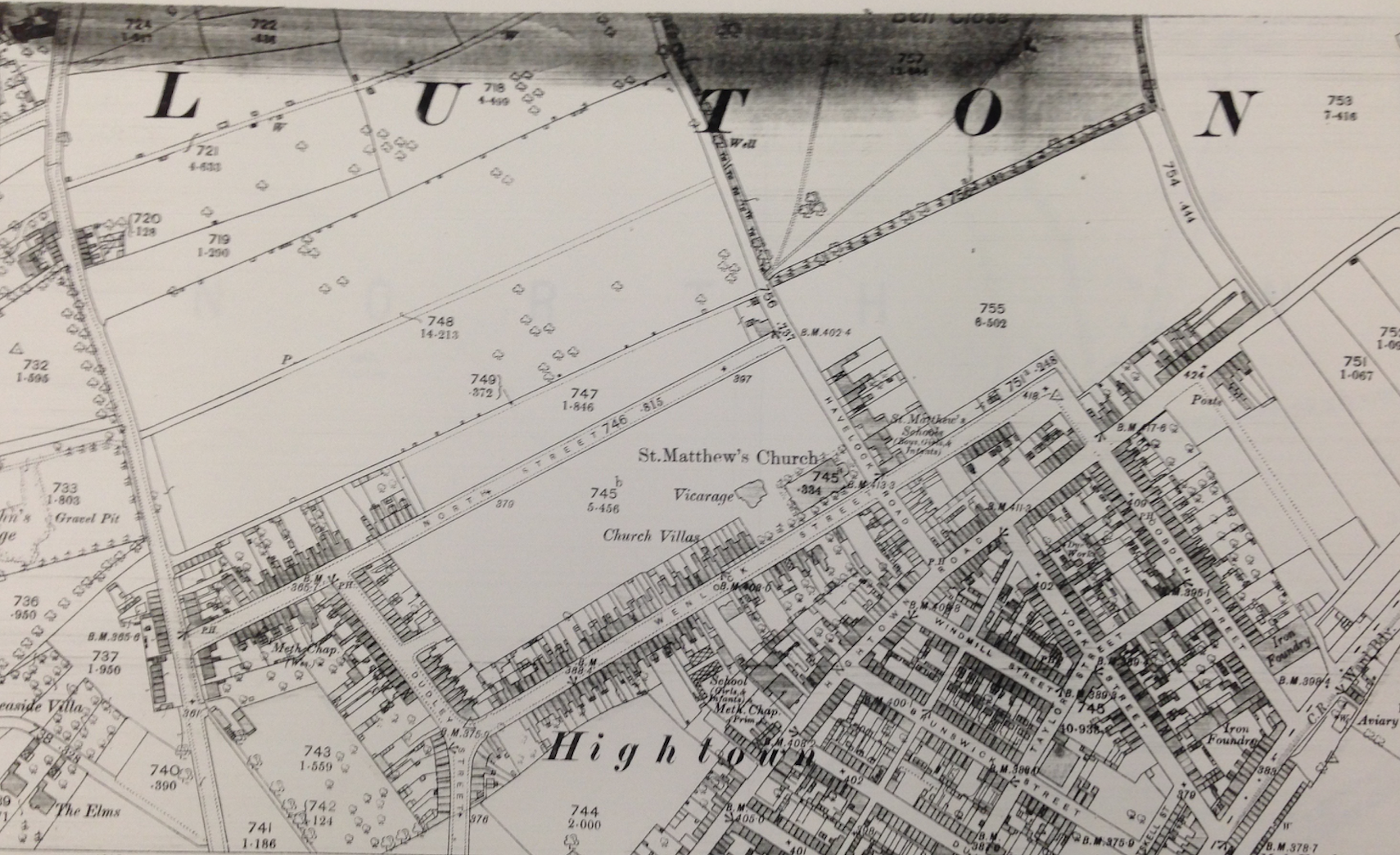 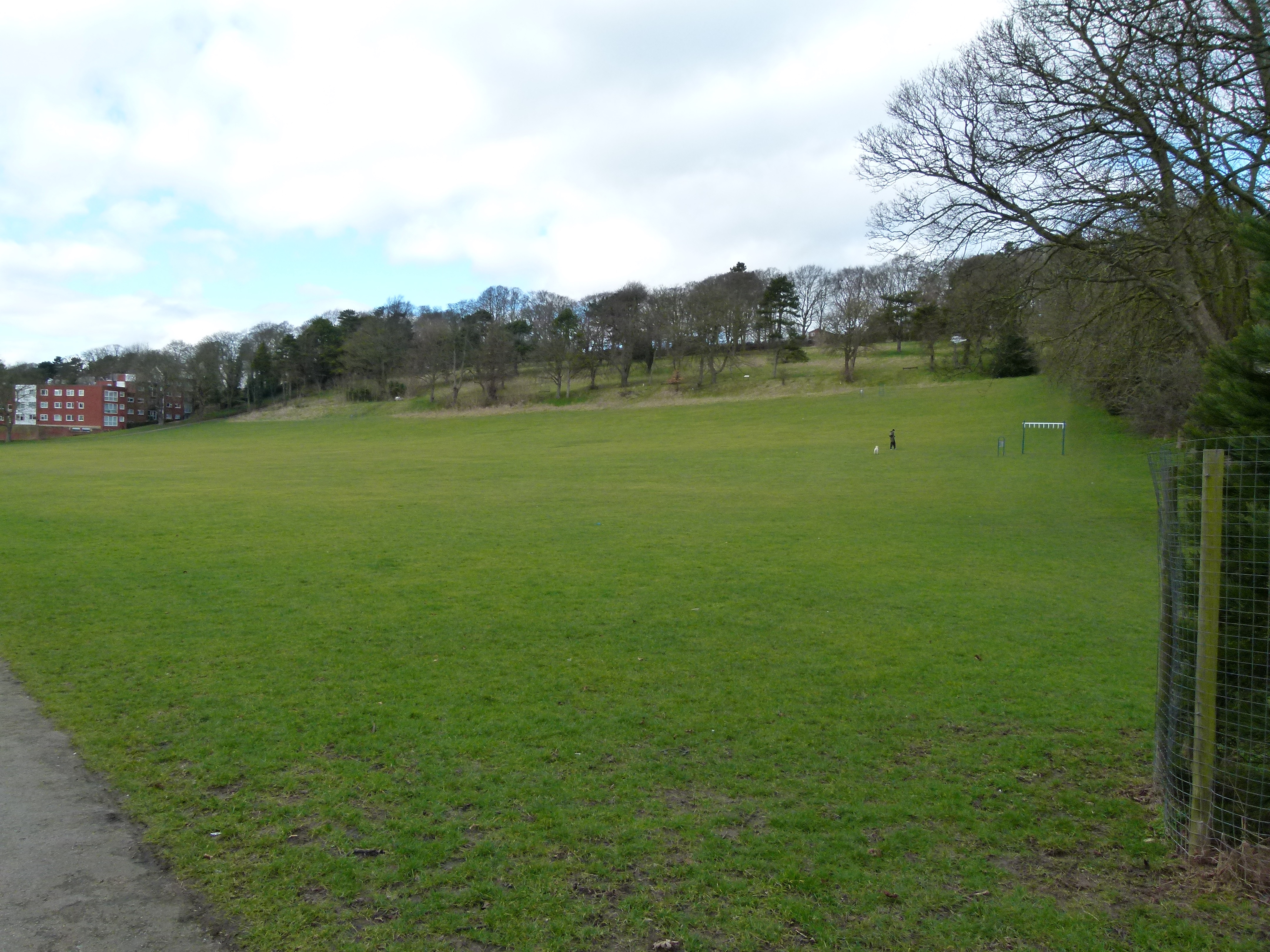 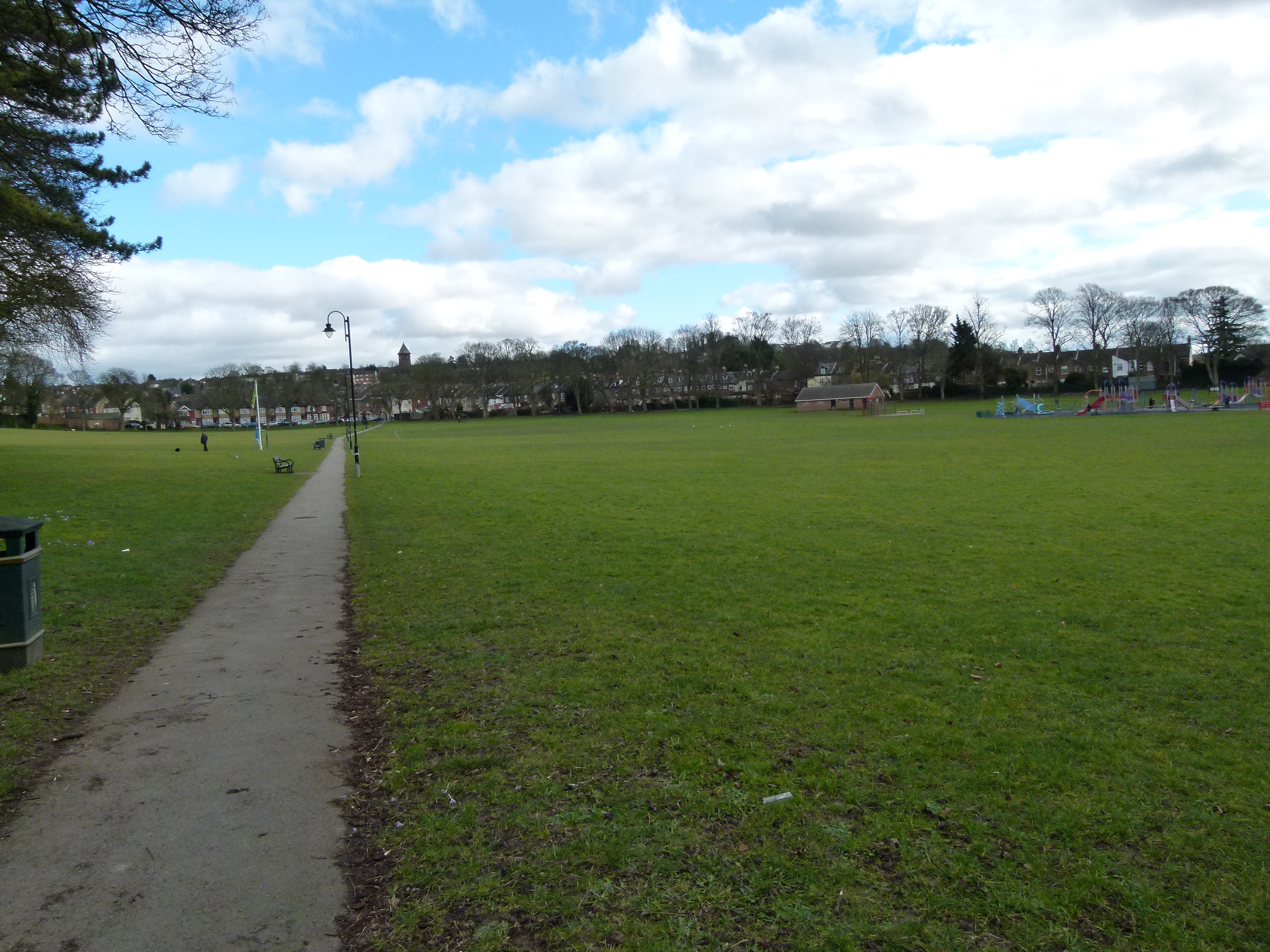 Pope’s Meadow is part of People’s Park as shown on the 1880 map below, again apologies for the poor quality. 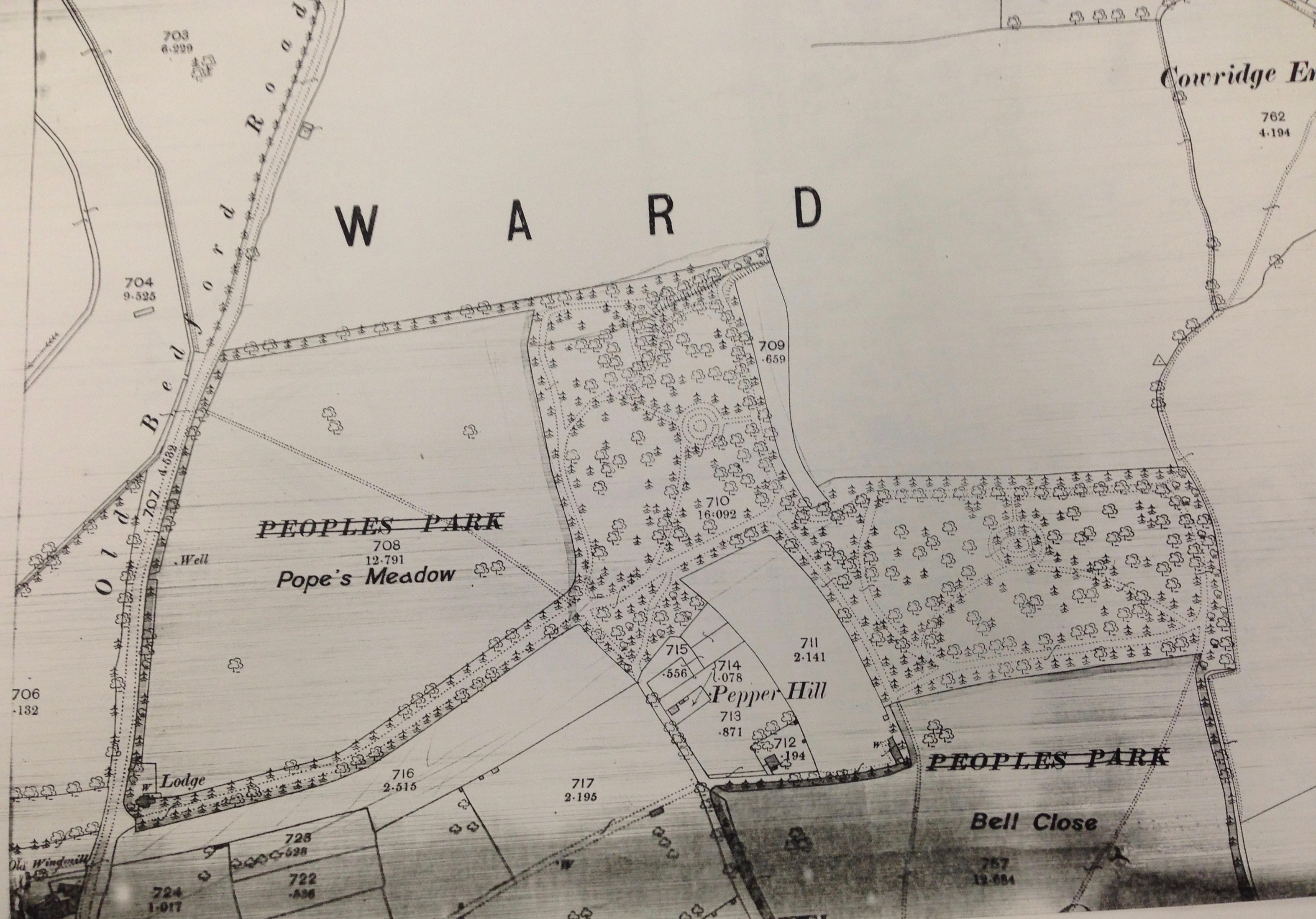 The photo below of Pope’s Meadow demonstrates the slope.  All four pitches in the 1960’s and 1970’s had a slope. 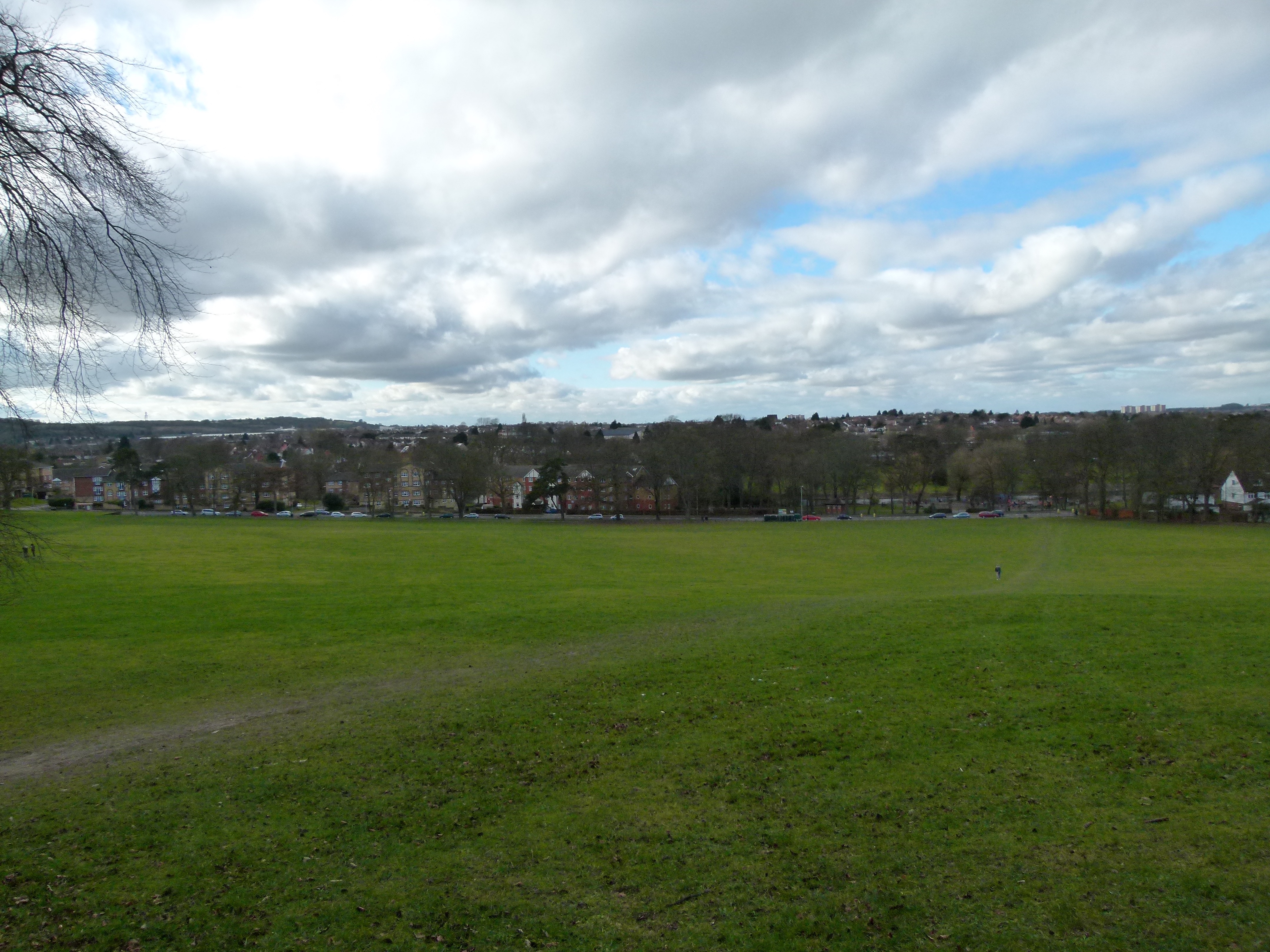 Richard the Third Meadow, Castle Street – used by Engineers and Victoria Rangers.  Luton Rovers also played against Newport Pagnell on this ground in 1881.  A week later they advertised a game against Hitchin with a 3d admission.  They usually played at People’s Park but needed an enclosed ground in order to charge an admission fee.  There was a field at the rear of the Richard III on the 1881 map, below.  The Pub is just below the “C” of Castle Street denoted by “PH.”  The field behind the pub is the Richard III meadow. 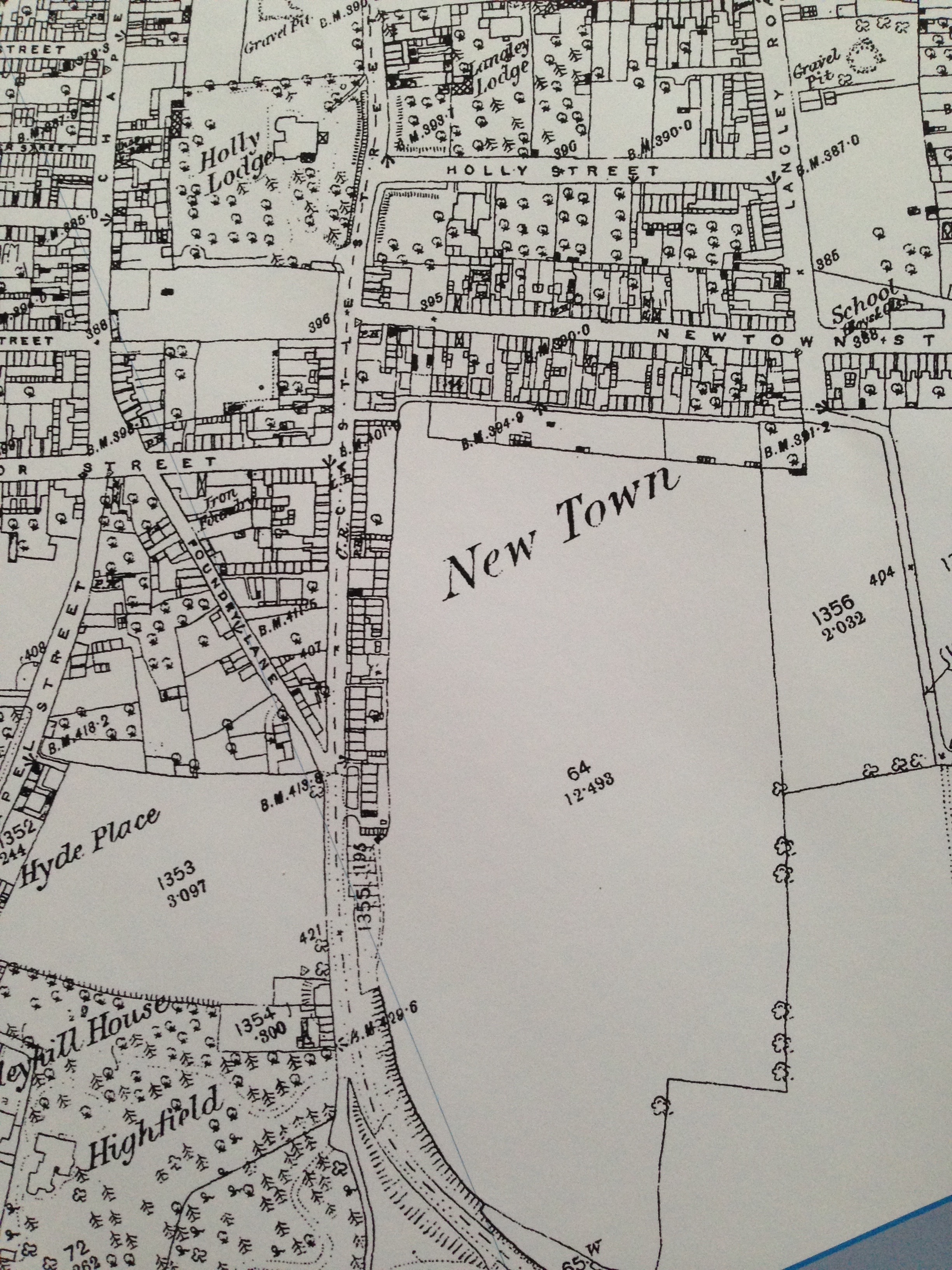 Institute Meadow, Park Road (now Park Street), Mr Lee’s Meadow – used by Christ Church Institute F.C.  There were many meadows along Park Street at this time as the map below demonstrates. 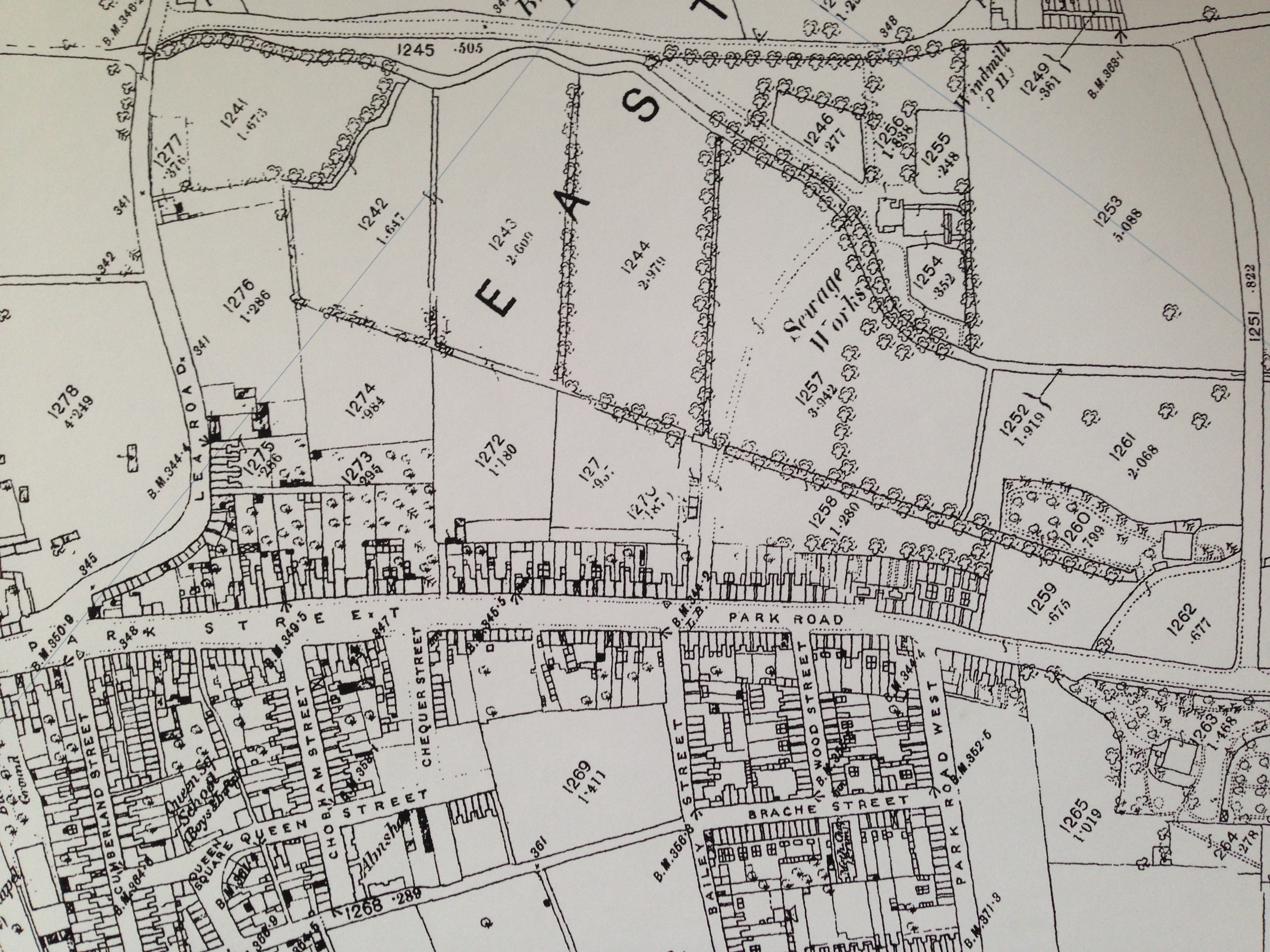 The Moor – used by Victoria Rangers and Frontier and either Alexandria or White Star. On New Bedford Road just outside the town centre as can be seen in the 1880 map below.  Although it is opposite St. John’s College, the students preferred to play on People’s Park. 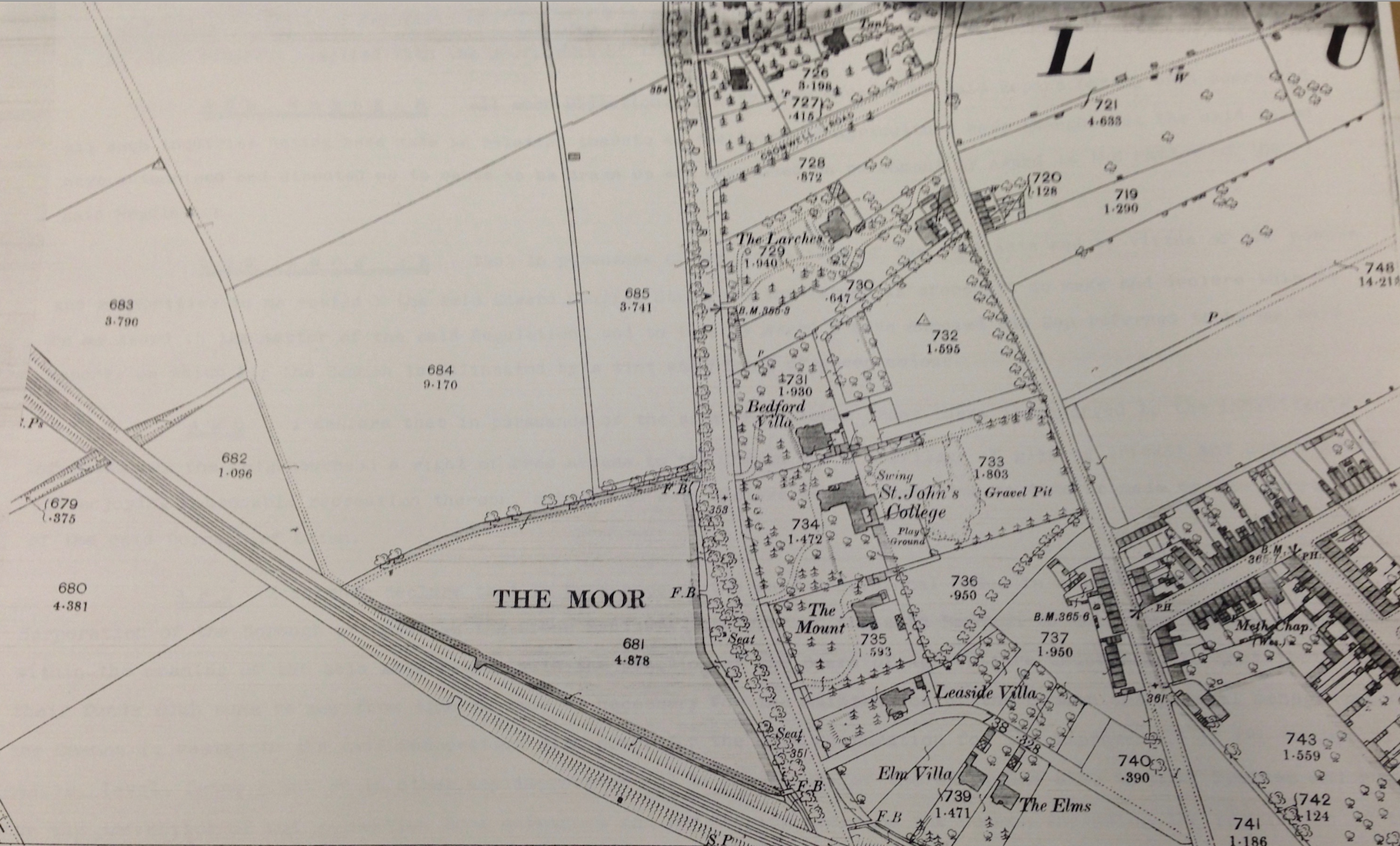 The illustration, below, is of the Villa School taken from the Moor.  This school was taken over by Henry Wright and turned into St. John’s College.  The illustration is from the 1860’s or 70’s. 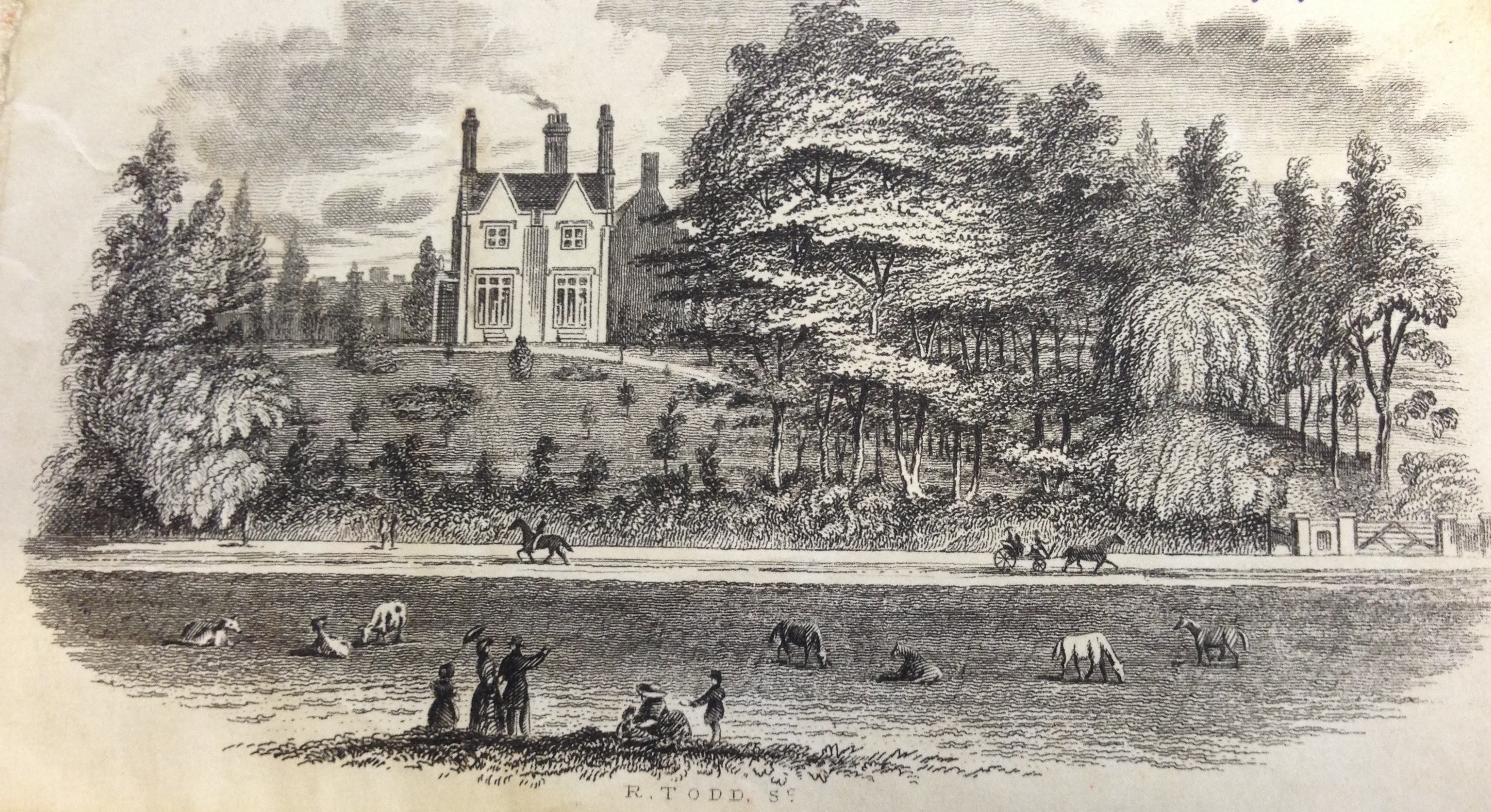 The Moor is shown below in this 2015 photograph.  The River Lea (Lee) is in the foreground and the railway embankment in the background. 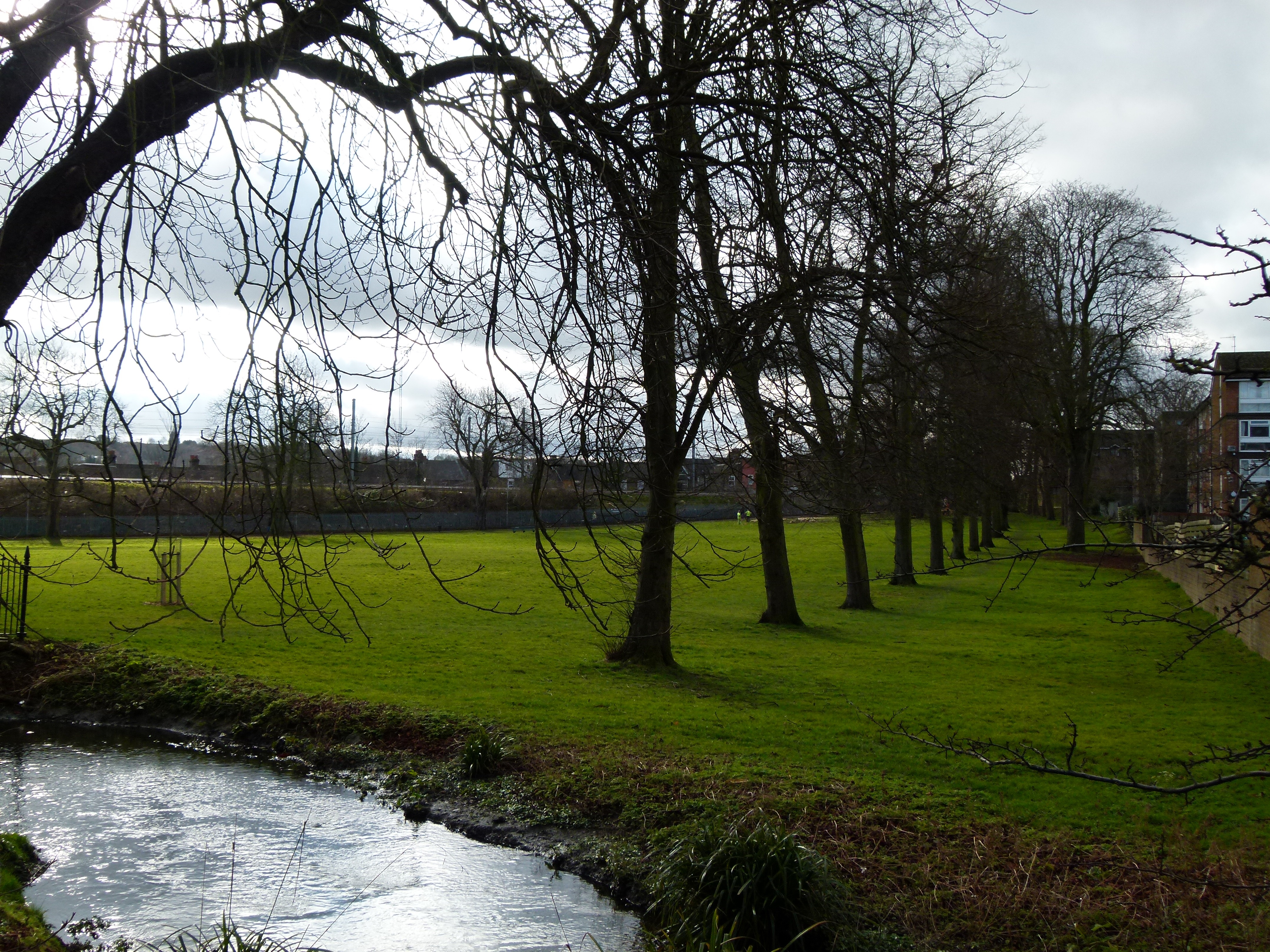 The Bury –  Bury Park F.C.  Luton Town F.C. also used the ground in the Autumn of 1890 when the Dallow Lane ground was being redeveloped.  Two theories exist about the location of the Bury ground.  Possibly in the area of the corner of Oak Road and Beech Road.  The other theory is that the Bury was the site of the second ground running alongside Dunstable Road from Hazelbury Crescent towards Kenilworth Road.  This is supported by the following clip from the Luton News of the 9th April 1897.

“The executive of the Luton Town Football Club were successful in obtaining the presence of His Grace the Duke of Bedford for the formal opening of the new ground at the Bury, on Saturday afternoon.”

More research is needed to nail this down.

Recreation Ground, Winsdon Hill – later Grosvenor House School F.C. ground.  The map below is from 1902 and shows there were still fields suitable for football. 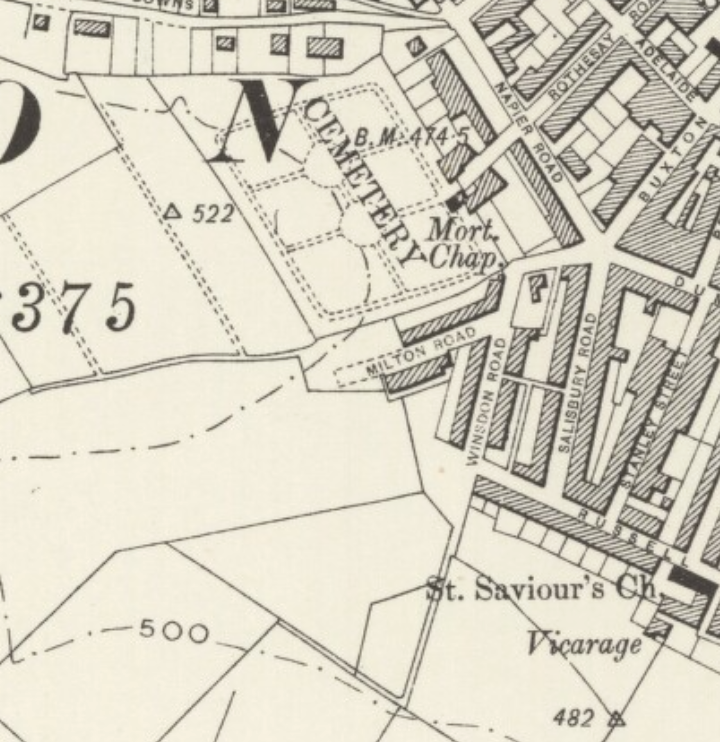