It’s in the net 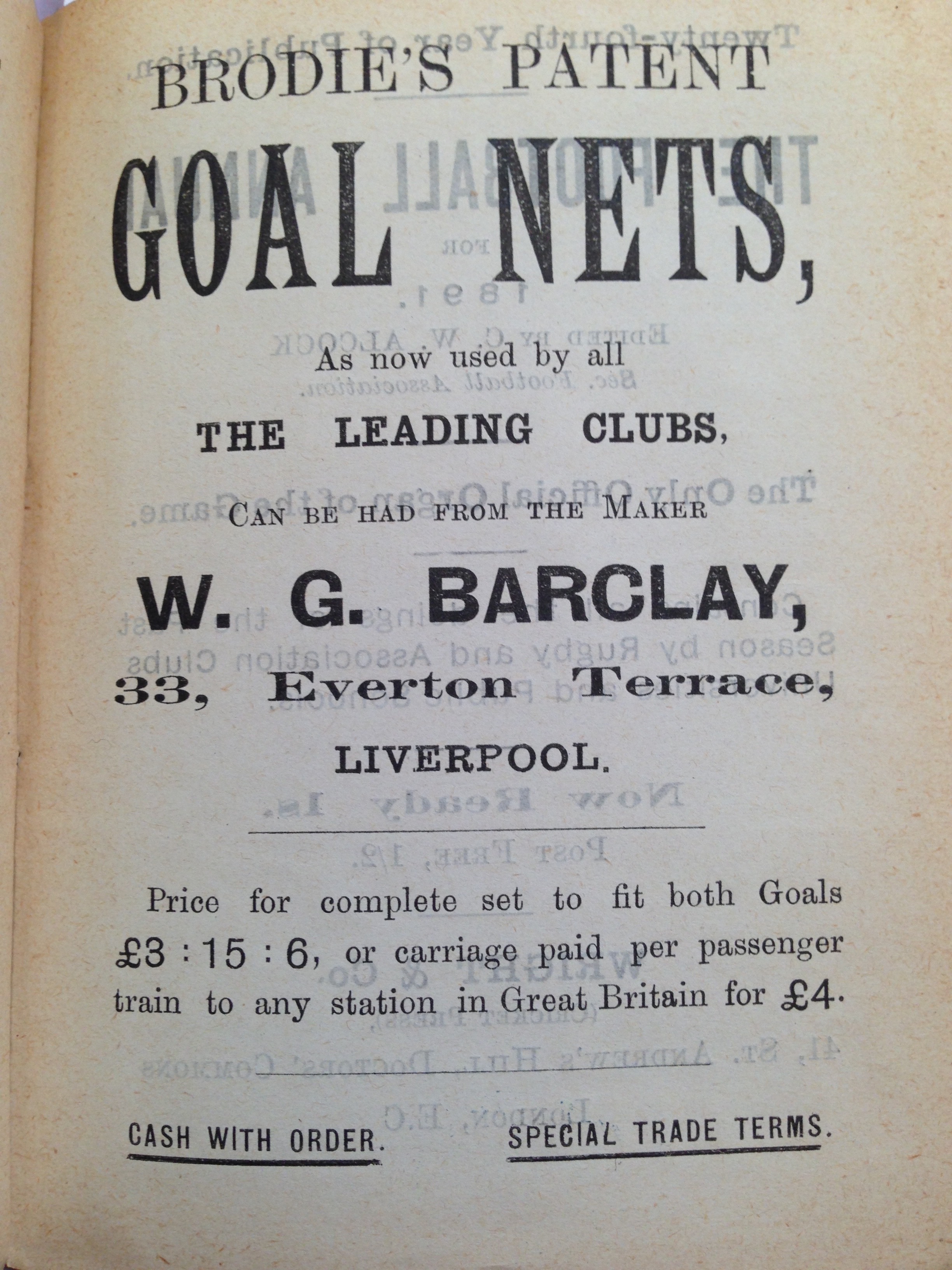 The title of this article was not uttered by Luton fans until the 8th October 1892.  Until this date the club did not have any nets, nor did many other clubs.  The advert left started to appear in 1891 and gradually clubs bought and installed them.  They were long overdue and cost the club on more than one occasion, the most bitter against Watford Rovers in September 1891.  Luton were 4 3 down when in the last minute;

“…the ball was headed in from a “corner” and a great shout went up from the spectators who were clustering on the goal-line, but the referee over-ruled the claim for a goal.”

The ball had hit the crowd standing on the goal line and bounced back into play.  The referee, Frank Pitkin from Luton, did not allow the “goal.”

“A matter was then brought forward as to whether it would be wise to have Brodie’s nets attached to our goals.  This was freely discussed but ultimately it was resolved to do without them at present.”

There was another discussion at the committee meeting on the 19th September 1892;

“Mr Hughes then brought forward the goal nets agains saying that after Saturday [I have been unable to find out what happened] everyone ought to be convinced as to the advisability of using them but as the club had already gone as far as practicably with regard to expense he, with the sanction of the committee would guarantee to find enough money for the nets and possibly for canvas to protect the ground from over lookers.  It was therefore proposed by Mr Pakes and seconded by Mr Hackett and carried unanimously that Mr Hughes be allowed to collect subscriptions for the above object”.

A collection was made by the committee from the crowd at the game against City Ramblers.  Enough money was raised and they were installed in time for the game on the 8th October 1892 against Royal Arsenal.  J.C. Lomax was the first Luton Town player to “hit the back of the net” – in his last ever game for the Straw Plaiters.

The Sports Editor of the Luton Reporter said;

“The goal nets, which were used for the first time on Saturday, are a distinct improvement.  They effectually prevented dispute as to the ball having passed between the posts.  The thanks of all the spectators at the matches are due to Mr T. N. Hughes and those who assisted him for their exertions in collecting the necessary funds.”

I have given Thomas Nelson Hughes his own entry in the Hall of Fame.  We must not forget the work done by the unpaid Luton Town committee members who ran the club from 1885 until 1897.