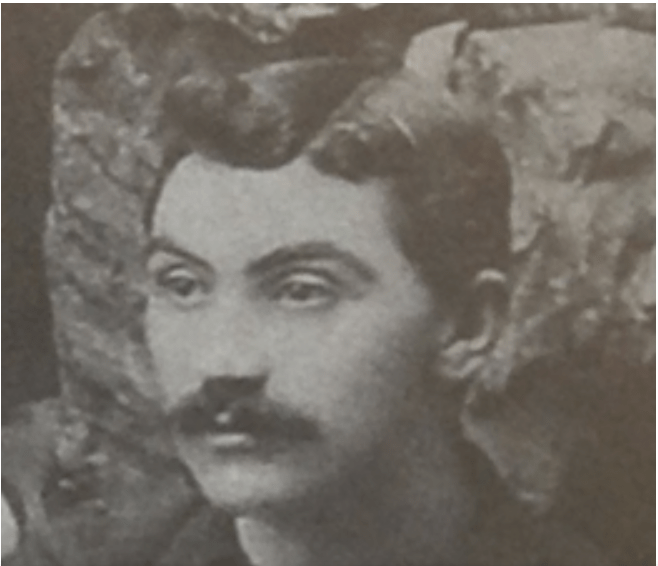 “Harry Whitby whose portrait I have much pleasure in submitting this week, cannot boast of a long football career, having only been initiated into the mysteries of the game some five years ago.  He then played for the Luton Rovers, and after going through a season with them he was asked to play for the town against Watford Rovers at Watford, whom the “men of straw” succeeded in beating by five goals to nil.  Let’s hope the result will be similar when the Lutonians try their strength against the Rovers a few weeks hence.  Harry has taken part in every first eleven match in which the Town Club has engaged for the past three seasons, except on one occasion, when he was prevented by illness, and he has always rendered valuable service.  This season, however, the merits of the different players can be much more fairly tested than on any previous occasion, for the simple reason that they are kept to their respective positions instead of being chopped and changed about from week to week.  The good or bad form of a man often depends to a considerable extent upon the confidence he is able to place in those with whom he is playing, and when the team is always the same, a players abilities can obviously be far more accurately gauged.  Harry Whitby’s position in the field is on the outside left, “Manney” Cheshire being his partner, and the two understand each other so well that mistakes in passing are few and far between.  In point of speed one would have to go a long way to beat Hary, but at the the beginning of the season he sometimes threw away the advantage which this gave him by the uncertainty of his shooting.  Latterly, however, he has improved wonderfully in this respect, and he now centres and shoots in such a manner as to leave little to be desired.  His record of goals scored this season up to present is 13, which is higher than attained by any of his comrades, his brother Frank coming next with 11.  Taken altogether Harry is now  as pretty and effective a forward as can be seen in any team for miles round, and he opened the eyes of some of the Clifton folk when the “Reds” last visited Bristol, where he scored all three goals made that day.  I have alluded to Harry’s marvellous fleetness of foot, and that there has been no exaggeration in the matter is shown by the fact that he has won no less than £55 worth of prizes in races from 100 to 44 yards.  At the Finchley Harriers Sports at Paddington Recreation Ground, in August, 1889, he won the 300 yards race, beating the champion Pelling, and such men as Fryer, Swire, Turk, Weake, etc.  There were nearly one hundred entries for the event, and the prize was a gold lever watch valued at ten guineas.  His prizes include four watches, two clocks, carvers, salts, cruets, writing desk, drinking horn, salad bowl, biscuit box, etc.  A marble clock which he won at Codicote on Easter Monday, 1889, weighs over half a hundredweight, and is valued at £7.  He has never been unplaced in a 44 yards race, having run in seven, won four, been second twice and third once.  Harry is only 22 years old, weighs 11st 8lb and stands 5ft. 8 1/2 in. in height.”

His father Francis was a blocker.  The family lived at 38 Cobden Street.  In 1881, Harry and his elder brother, Frank, were living with an Uncle and Aunt in Hopton Lancashire, near Burnley where they were both cotton weavers.

Harry, Frank and another brother, Alfred were all very good athletes as can be seen from the profile and clips above (the clips are from 1886 and 1889).  Sprinting is, of course, a useful asset for a footballer.  Muddy pitches often had grassy wings which teams exploited with two wingers on each wing.  Harry was indeed a wing forward for the best part his career with the Straw Plaiters.  He made his debut away to Olympians (of Clapton) in November 1886.

Harry became the first professional footballer in the south of England in 1890.  The club minute book of the 15th December 1890 confirms that the Whitby brothers (Frank and Harry) and Thomas Read were offered 5 shillings a week.  This was accepted by Harry and Thomas Read but Frank held out for a shilling more than his brother.

He tendered his resignation in April 1894 at which time he had been usually relegated to the reserves.  Incomplete newspaper reports prevent an accurate playing and goal scoring record.  We do know Harry scored 40 goals from the wing in 8 seasons.

Harry married Ada Smith on the 18th February 1892 and they moved to 85 North Street – next door to Harry’s father. 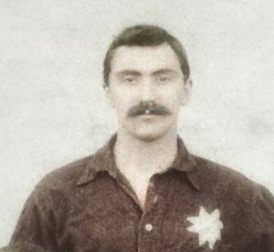 Sir, I am sure that the Luton football public will heartily congratulate Mr H. Whitby on his recent marriage and wish him every success and happiness in this most important undertaking.  Football has obtained a firm hold as a national winter pastime, and no town of any size is without its club, while the friendly rivalry and enthusiasm grows as a club attains greater success in this pastime.  None of the Luton players have worked harder or more successfully to place the Luton Town Club in its present position than this very popular left-wing player, and the spectators have been lavish in their applause when by a grand effort he has succeeded in eluding his opponents and made one of those fine runs that so characterises his play.  Some of his admirers have thought this a most fitting opportunity to show their appreciation in a more substantial way than mere cheering by making him a suitable present, and this they will ask him to accept at the termination of the match, Luton v Edmonton on Saturday.  As doubtless many who are anxious to show their appreciation have not had an opportunity of contributing, there will be a few gentlemen willing to receive contributions on the field on Saturday, but not later than half-time.

“After the match a presentation was made to Mr H. Whitby, who has recently entered the matrimonial state.  Mr H. Webb presented in a few felicitations and appreciative sentences a cheque for £8 8s., which amount had been subscribed by a number of friends.  “Harry” briefly expressed his acknowledgements and his determination to endeavour in the future to continue to merit the confidence which had been placed in him.”

He played his final first team game for Luton on 30th April 1894 in the Arthur Taylor benefit match against Mr Rostron Bourke’s eleven.   Harry continued to turn out for the reserves when asked.

In 1901 Harry was a Straw and felt hatter and resided at 85 North Street with his wife and daughters.

1911 he still lived at 85 North Street with his wife Ada and daughter Olive who was 15.  Harry was a Panama Hatter.

Harry left the town and his wife in 1914 according to the clip from the Luton Reporter of the 11th January 1921 on the left.

Thanks to Cheryl Smart for the following – “He died in Sydney Australia in 1958 age 89 years . On his death certificate it states that he was widowed from his second wife which is rather strange as there is no record of any divorce from his first wife in the UK. He went to Australia when he was 29 years old and was there for 58 years before his death. He never met his grandchildren. So all in all he may well have been a naughty boy and committed a bigamous marriage.

He did not attend his own father’s (Francis senior) funeral in Luton but having looked at his obituary it does state he was the father of a very sporty family.  Other brothers were track runners.”