Walter was born in Luton in 1861.  By the time of the 1881 census he was living with his parents at 96 Wellington Street and his occupation was a Blocker.  We know from the clip of his Golden Wedding Anniversary in 1936 that Luton Excelsior was formed in a “blockhouse”in Wellington Street.  It may be that Walter’s house was one that had a blockhouse in the back yard.  Or the blockhouse referred to was elsewhere in Wellington Street.

When I looked at the list of players in the town for the early 1880’s I saw that “W. Smith” cropped up regularly.  At the time I thought that the frequency meant that there were a number of W. Smith’s  playing in the town at that time.  That still may be the case but I am confident that most entries refer to Walter and he appeared in a variety of positions for Excelsior, Wanderers, Park Rovers and Luton Town.  Walter served on the Luton Town committee from 1890 until 1892. 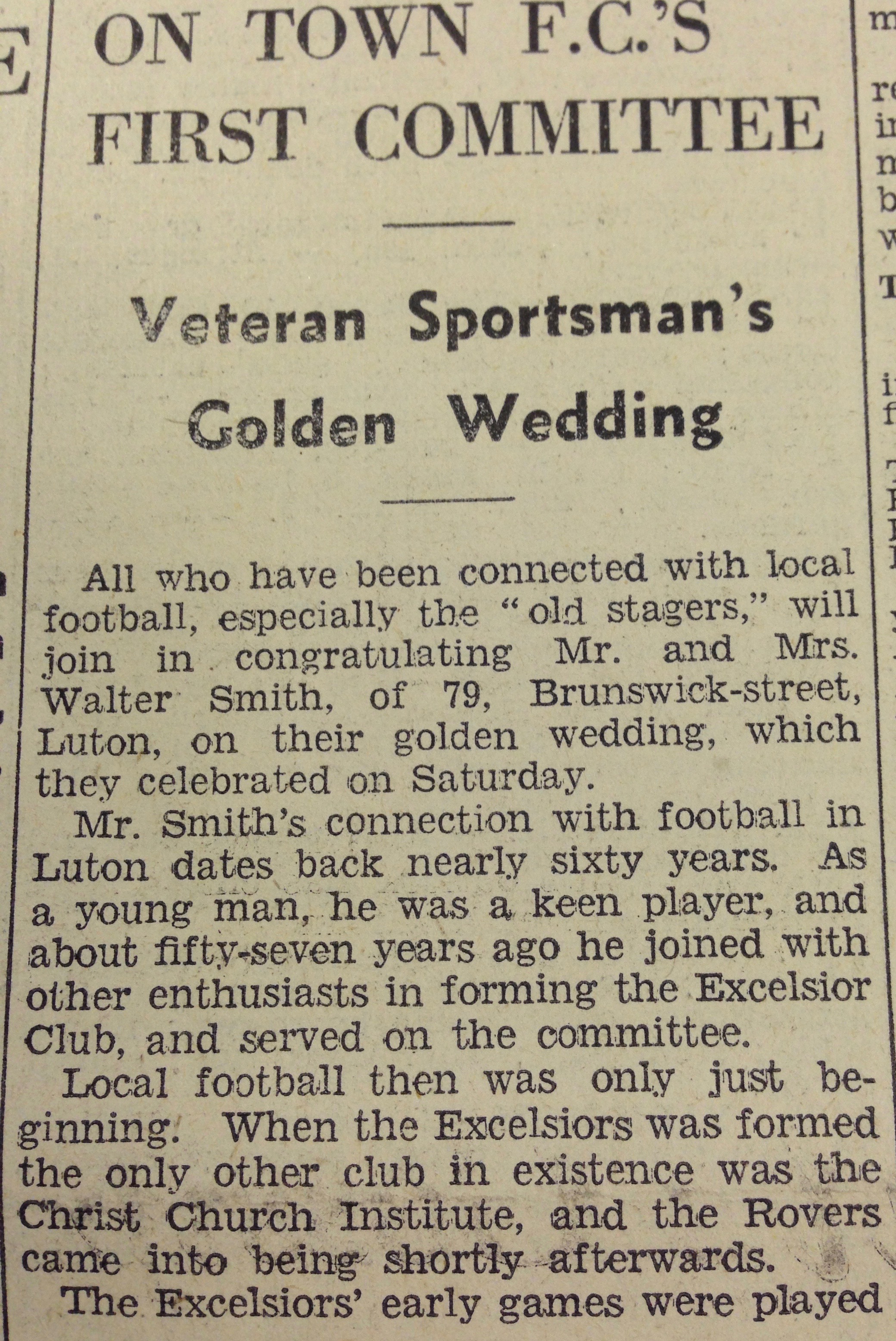 Walter married Ada Worboys on the 31st July 1886 at St. Matthews Church, High Town, Luton.  They set up home at 79 Brunswick Street where they lived for the rest of their lives.  Walter was still a Blocker in 1911.  They celebrated their Golden Wedding Anniversary on the 31st July 1936 and the Luton News covered it.  The clippings are from the 8th August 1936 edition. 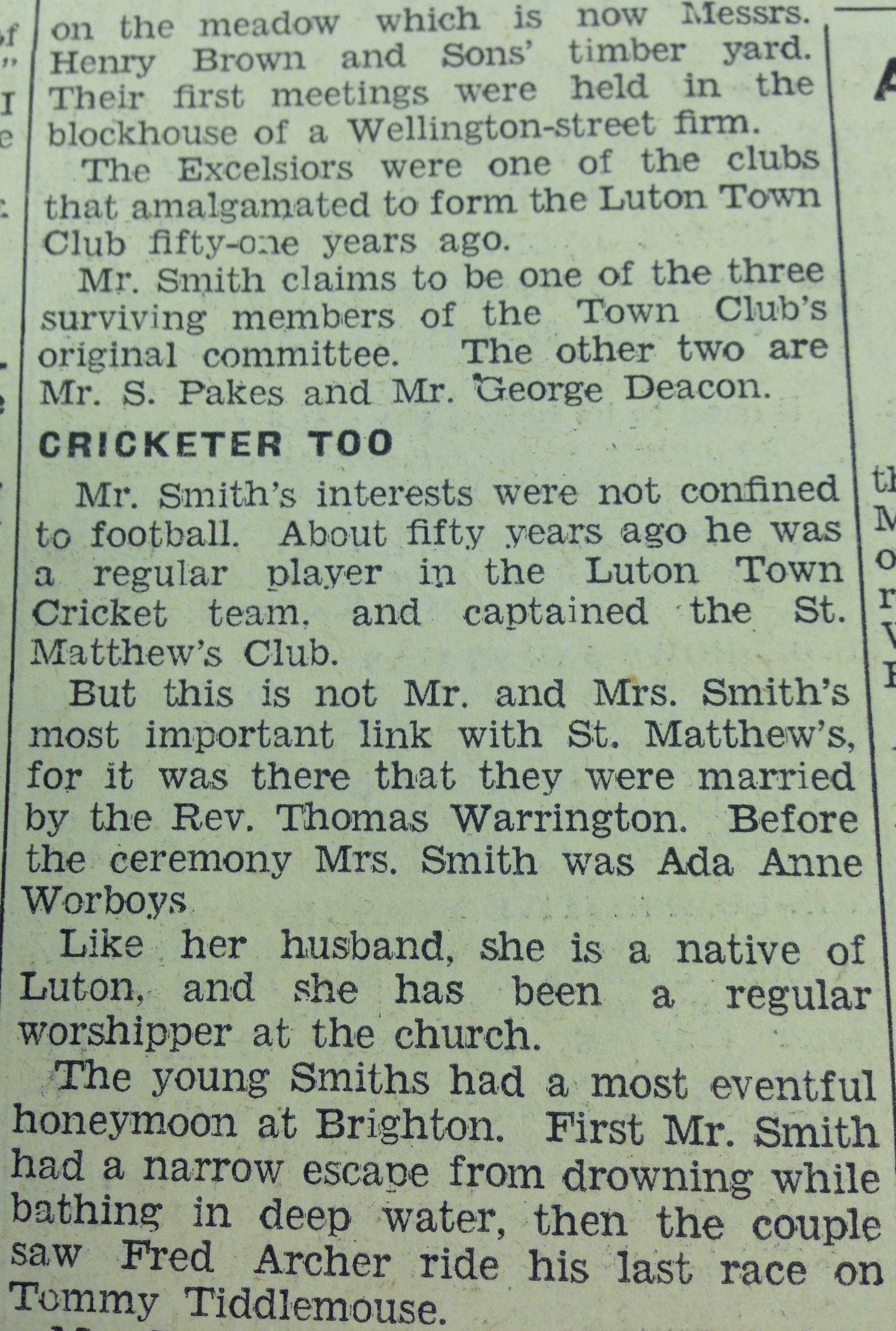 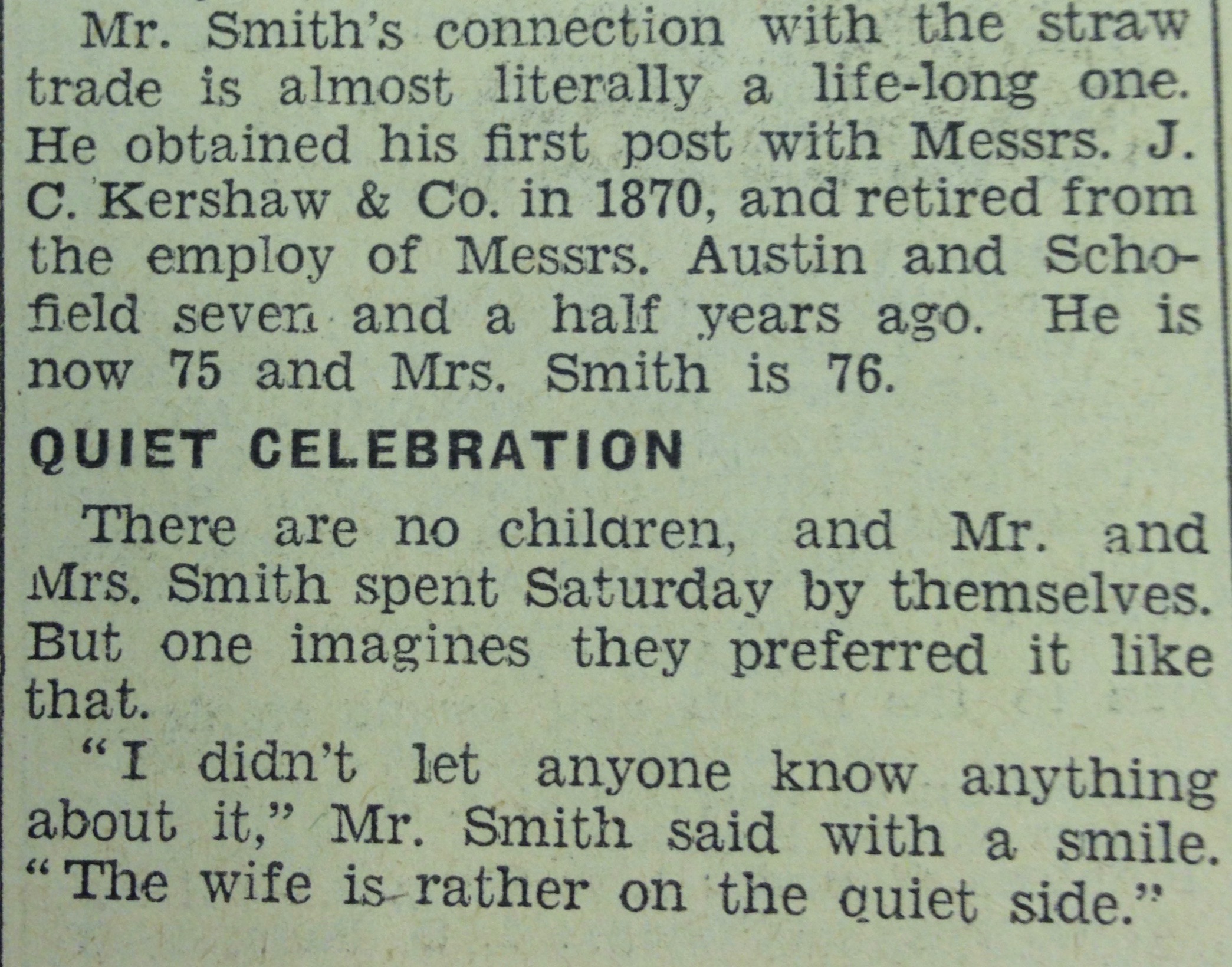 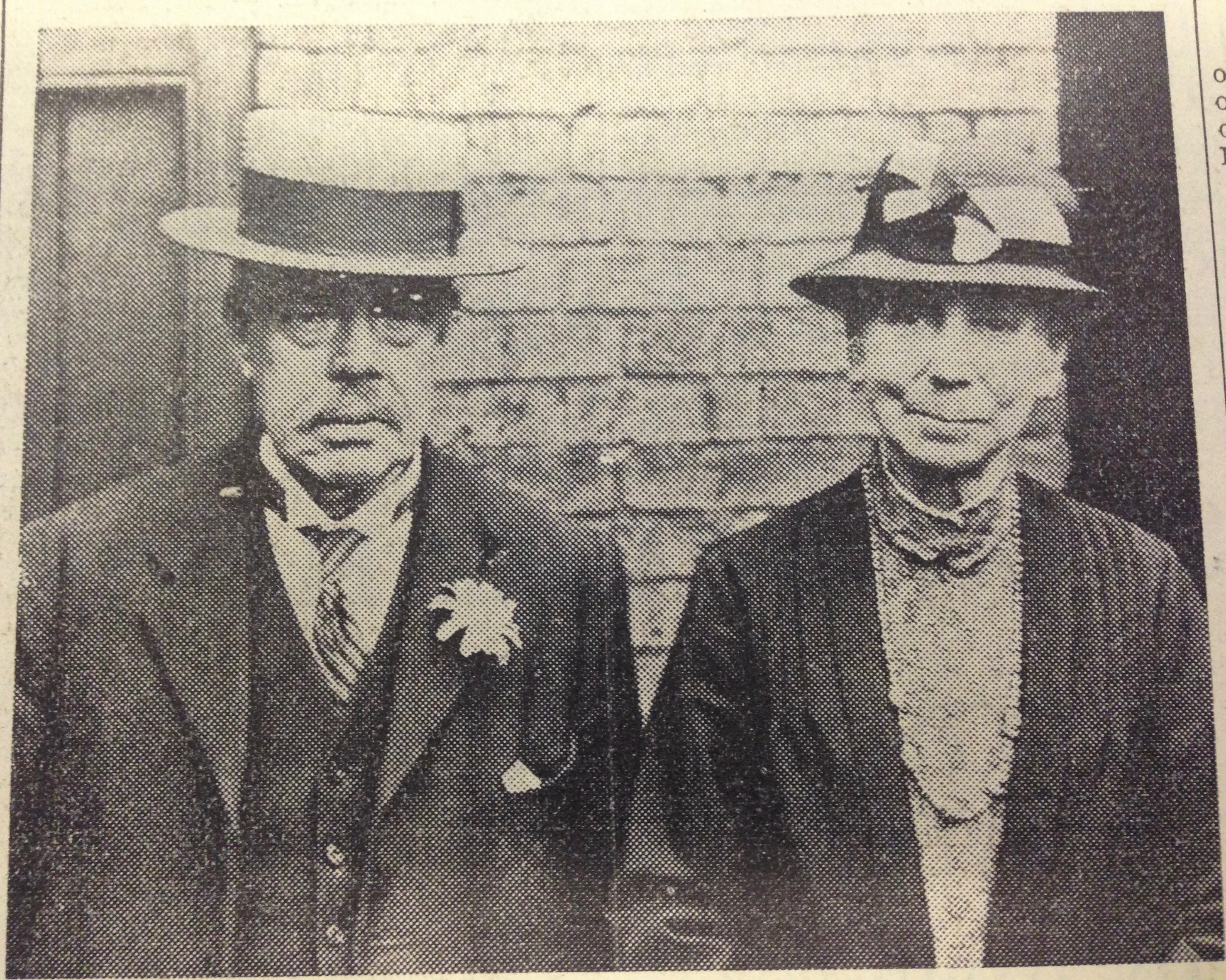