Herbert was born in Luton in 1862.  His father was a cricket bat maker and a councillor.  They had a shop in Barbers’ Lane which sold sporting goods.  Herbert had a brother and two sisters.  They lived at 34 Bute Street.  By 1881 19 year old Herbert was a block maker and living with his parents at 16 Havelock Road.  His father was a block maker employing 4 men and two boys.

Herbert married Hannah on Christmas Day 1882 and by 1891 they had two sons and a daughter.  They lived at 39 Cardigan Street.

Herbert became Secretary of Luton Wanderers in the Summer of 1884.  They entered the F.A. Cup, the first Luton club to do so, and hit the jackpot by drawing the famous Old Etonians at home in the first round.  The club played on Bells Close in Peoples Park so could not charge admission to a public park.  They had to leave their spiritual home in High Town and make their home ground in Dallow Lane.  Although the Wanderers lost 3 1, the 2,000 crowd helped fill the wanderers coffers.  The game also galvanised football in Luton.

Although there was much talk of it, there was no action to create a “Town” club – a club that represented the town of Luton.  Bedford, St. Albans, Hemel and Hitchin all had a club that represented them so there was a need for one in Luton.   Herbert decided to call a secret meeting of the Wanderers in January 1885.  Only the committee of the club knew the prupose – the Wanderers changed their name to “Luton Town” on the 17th January 1885.  This was not accepted by the vast majority of football lovers in the town, for although a “Town” club was needed, the January meeting was secret and underhand.

Other football lovers in the town arranged a meeting for 11th April at the Town Hall in order to democratically form a “Town” club.  A fight was predicted so it seems Herbert was a fiesty character.  He opposed the formation as there was already his 13th January Luton Town in existence.   Herbert’s objections were defeated and the Luton town we know today was formed on the 11th April 1885.  Herbert was elected to the committee as a peace gesture.

Herbert wanted nothing to do with the new Luton Town, or even the old Luton Town, ex Wanderers, as he went to play for Dunstable.  His fiesty nature appeared in the last ever game of the Luton Wanderers when they went to play for Herbert’s Dunstable.  The match ended with a fight on the pitch.  He eventually made up with Luton and the club and came to play, mainly in the reserves.  There are indications that he was ridiculed in the town for his secret meeting and subsequent antics so it is no surprise that he did not stay in Luton for long.

In December 1892 he took his family on the Liner “Gallia” from Liverpool to New York arriving on 10th December.  Sadly his daughter Beatrice died in April 1893 and further tragedy followed in 1898 when his son Percy died in May.  Herbert worked as a block maker in Columbus Ohio.  There is a famous hat making firm in Columbus around this time.  M.C. Lilley Company was formed by Civil War Veterans and specialised in military hats and Knights templar masonic regalia including hats.  His son Albert, born in Ohio in 1893 was an apprentice in the hat industry.  Of his other sons, William Arthur was a foreman in a printing company and Montague was a chauffeur for a private family.  Herbert died on 31st August 1916 and is buried in the Green Lawn cemetery, Columbus, Ohio. 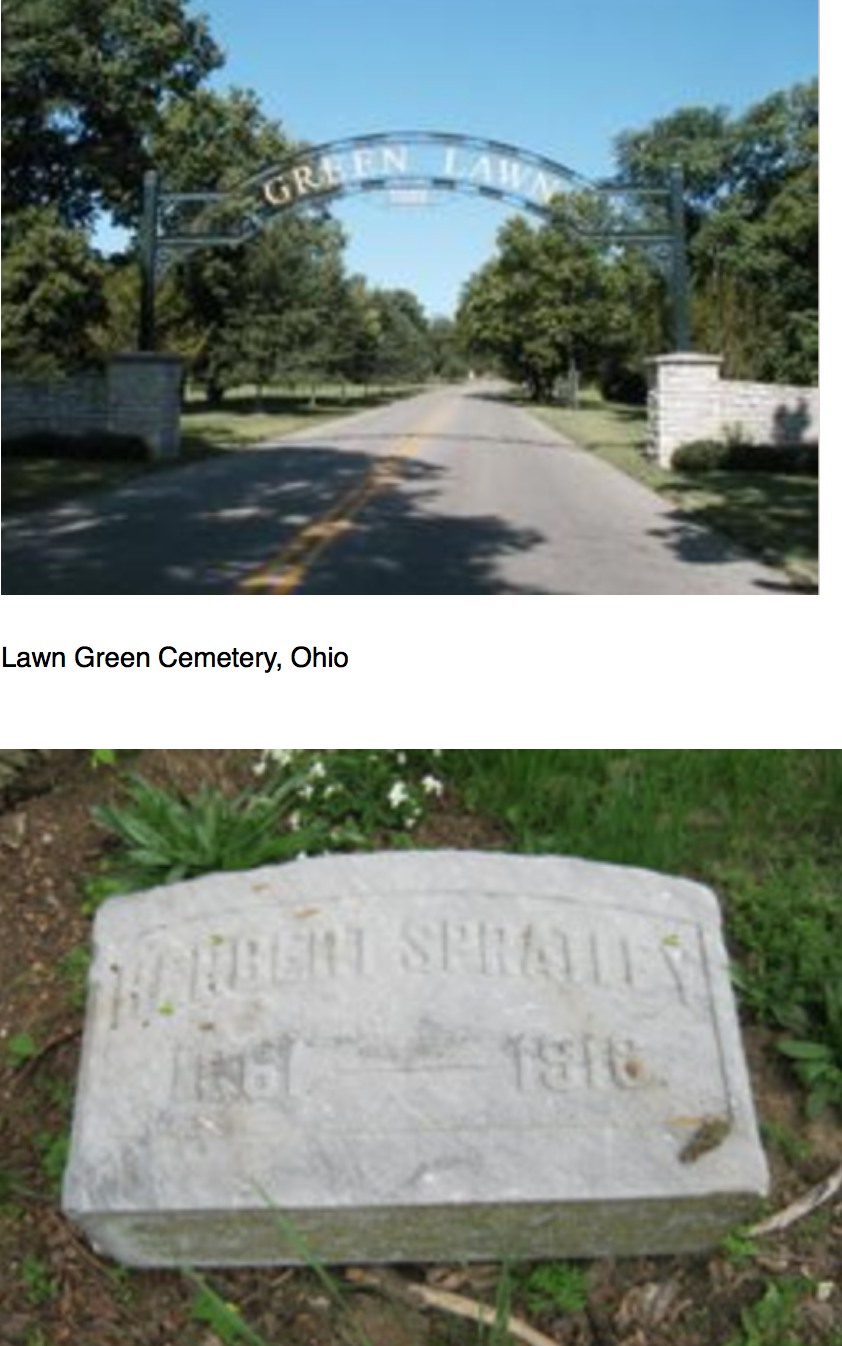