E.H. followed J.C. into the Luton Wanderers team playing at (full) back and especially at half-back.  Unlike J.C., he took University seriously and did study for a B.A.  Although busy with his studies he played for the Wanderers quite regularly.  He supported his brother at the 11th April 1885 meeting at the Town Hall.  E.H. seconded the motion put by Gilbert Small to form a Town Club.

When the Secretary of the club, Frank Pitkin, took ill at the start of the first season a crisis loomed.  Fortunately for the club E.H. stepped in to act on a temporary basis until Isaac Smith took over a few months later.

He gained a B.A. in late 1887 and was admitted to Inner Temple on 7th November of the same year.  He played football for St. John’s College, Luton Wanderers, Luton Excelsior, Peterhouse, Cambridge University (photo left) and Luton Town.  Alongside J.C. Lomax he also played for Bedfordshire many times and in various East Midlands Counties Football Association representative games.  He paid to be a patron of Luton Town in order to help support the club financially.

He was a tough tackling half back with an eye for a goal.  Never afraid to get stuck in, he is mentioned receiving an injury on many occasions.  He played in the 1890 Kettering and District Charity Cup final against Grantham.  His injury in the replay helped Grantham win the day.

E.H. played his last game for Luton Town on the 4th October 1890 against the 93rd Highlanders in the F.A. Cup.  Yet again, E.H. was injured in the match but managed to struggle on until the end for the sake of the team.  It may have been due to injury that he ended his football career at the age of just 24. 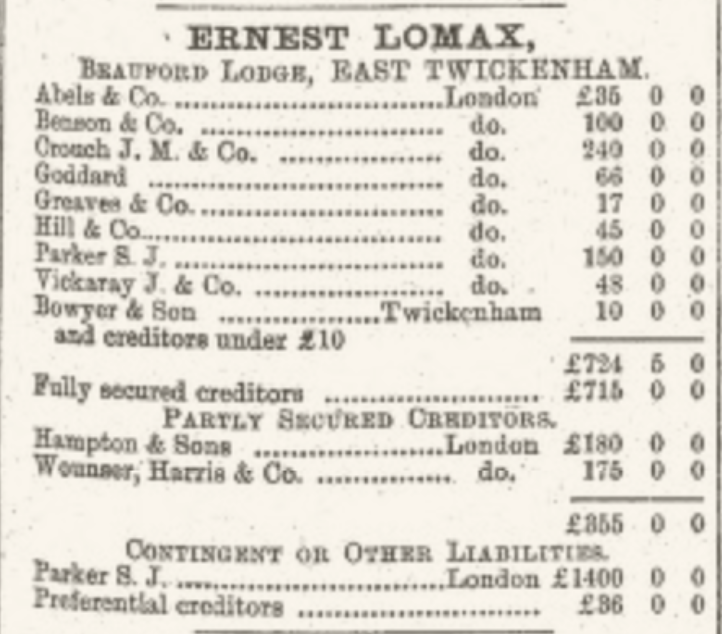 In the 1891 census he was described on the census as a gentleman living at Springfield House, Cranford lodging with J.C.  He is described as “living by his own means”.  The fortune that his father left him did not last long as he was made bankrupt with the Receiving Order being made on 9th August 1892 at Brentford County Court.  He is described as living at “Beaufort Lodge” in East Twickenham which still stands today and is a substantial building.  E.H. bought a string of race horses in 1892, some of them from his old St. John’s College friend, Locke Narburgh.  The cost and maintenance of the horses must have drained his resources.  It is reasonable to assume that E.H. was heavily involved in gambling and he lost a lot of money very quickly.  His creditor’s were set out in the Commercial Gazette of 28th September 1892 (left) with the largest sum of £1,400 being owed to an S. J. Parker.  I have only been able to identify a few creditors, John Bowyer of Twickenham, a corn merchant who was owed £10.  Hampton and Sons were cabinet makers and antique dealers in Pall Mall East, London who were owed £180.  Vickaray and Co of Regent Street were jewellery makers and travel bag manufacturers to Royalty.  Benson and Co were watch and clock makers.  The contents of his house were sold off in an auction (advert below) which took two days. 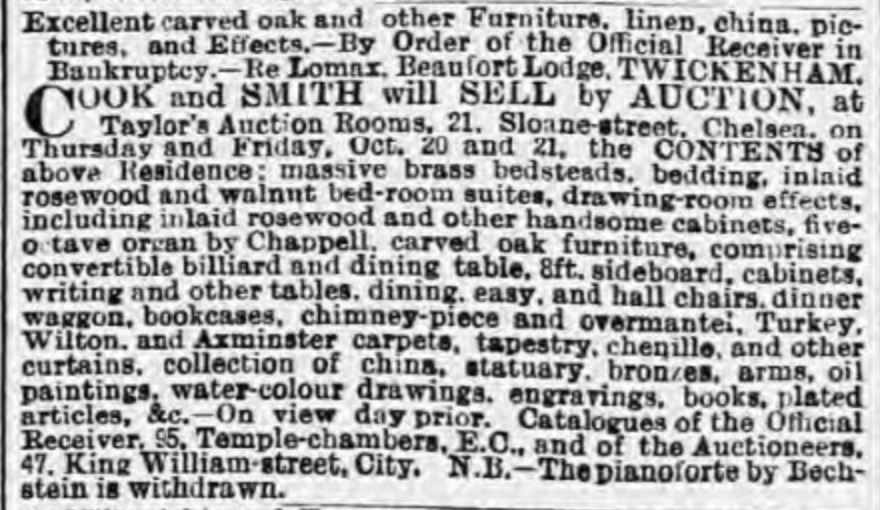 With no money E.H. had to work as a solicitor and he helped form a company “The Consolidated Finance and Exploration Company Limited.”  They appear to have been asset strippers – buying company’s and selling off the best parts and then winding them up.  The company also promoted shares in new companies including a gold and diamond mining company, of which E.H. was a director.  If that was not bad enough matters get worse as E.H. attended Mansion House to answer a summons of fraud in October 1897.  At the time he was living at Aylburton House, Richmond.  This is a well known fraud, involving a piano making company, known as the Brinsmead Swindle and involved over £40,000.  It appears concerned the flotation of Thomas Edward Brinsmead and Sons Limited about which E.H.’s company, Consolidated and Exploration Finance, made false statements in the prospectus.  You can see E.H.’s name amongst the directors in the advert below.  E.H. was granted bail. 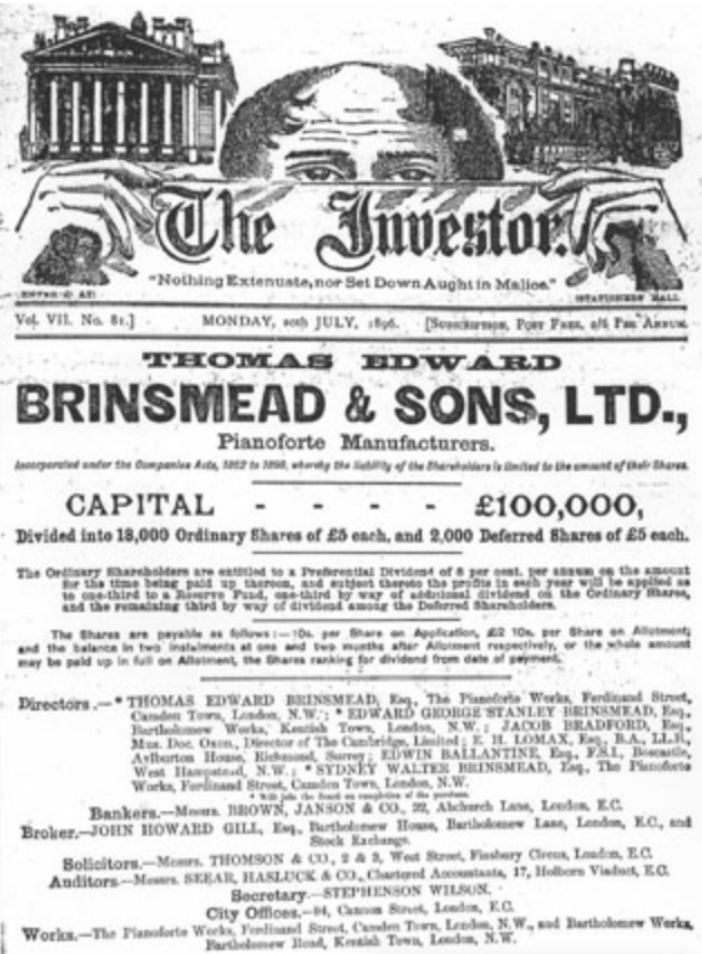 The trial was held at the Old Bailey in April 1898 but E.H. did not attend.  The jury took less than an hour to find all the defendants  guilty.

Brinsmead’s sued E.H. and others in the civil courts.  All the chickens now came home to roost at the same time and another fraud case surfaced involving E.H. and others selling the rights to gold and diamond mines, which presumably did not exist.  The court was told that,

A warrant was issued for his arrest – the following is from the Police Gazette of 18th February 1898;

There we lose track of him, which was, of course, his intention.  Although passports were in existence, travellers often only required a ticket to travel around the world.  I assume he changed his name but we cannot be certain.  There were opportunities to be had in Canada, America, South Africa, Australia; all were young countries and countries who did not know him.

Photograph of E.H. Lomax reproduced by courtesy of the Master and Fellows of Peterhouse’.