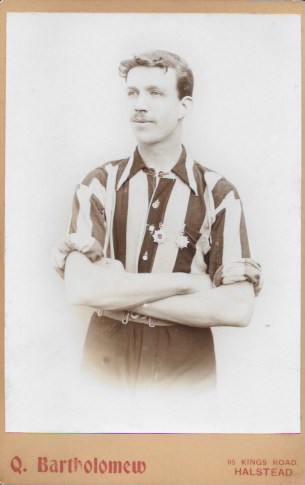 I purchased the above Carte de Visite not knowing who the player was.  I now know him to be Bill Ford.

Born of Irish parents (Edward & Esther) who married in Chatham, Kent on the 25th September 1860.  William Gracey Ford was born in Stirling on the  7th May 1874.  Gracey was his mothers maiden name but he was not given it at birth.

His father Edward was a Colour Sergeant in the Stirlingshire Militia when William was born.  He was an Instructor in the Rifle Volunteers.