William was born on 25 August 1872 in Bonhill, Dumbartonshire, Scotland the son of William Gallacher and Janet Gallacher (formerly Smith).  According to his birth certificate his parents were married in Bonhill on 31 December 1869.  William Snr. was described as a Printfield Worker.  William was part of a large family (the census returns for 1881 (45 Campbell  Street, Bonhill) and 1891 (39 Milton Terrace, Bonhill) – at least 6 siblings – 5 boys and 1 girl. 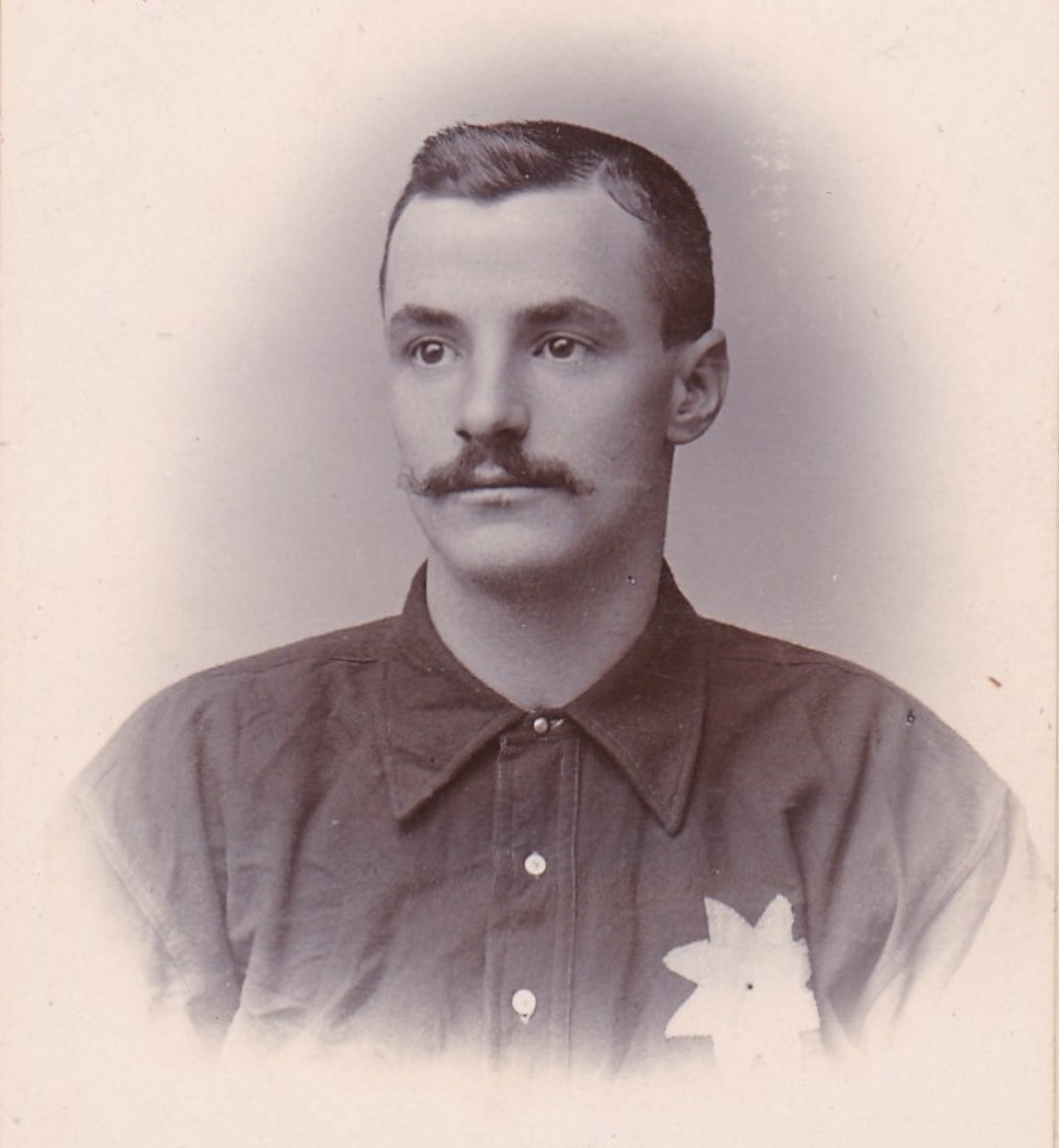 The Luton Town Committee meeting of 25th June 1894 resolved to write to Gallacher offering £5 down on signing and 35/- per week, 5/- per match for all extra matches, £2 per week to be guaranteed in case there not being enough extra matches to make the guarantee the amount to be made up at the close of season.  The Luton Times of the 20th July 1894 announced William’s arrival at Strawopolis. 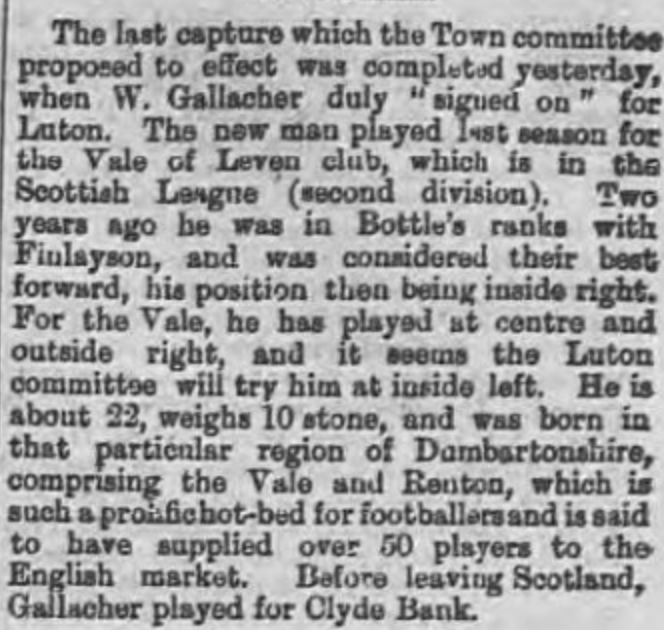 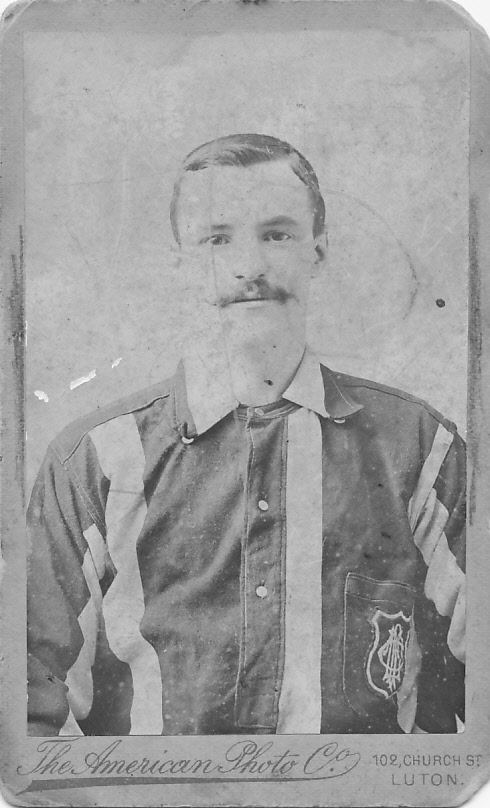 In the 1895/96 season William scored 31 goals but amazingly was beaten into third place in the goal scorers list that season by James Coupar with 39 and Hugh Galbraith with 49.  The team scored a massive 247 goals that season with just 50 against.

William married Jessie (or Janet) McDermaid (spelling of the surname varies) in Luton during the last few months of 1897.  Jessie was also from Bonhill but had originated from Argyll.

In May 1898 the club faced financial ruin so had to unload almost its entire first team.  Gallacher along with Donaldson, McEwen and Williams were all sold to Glossop North End, see photo below. 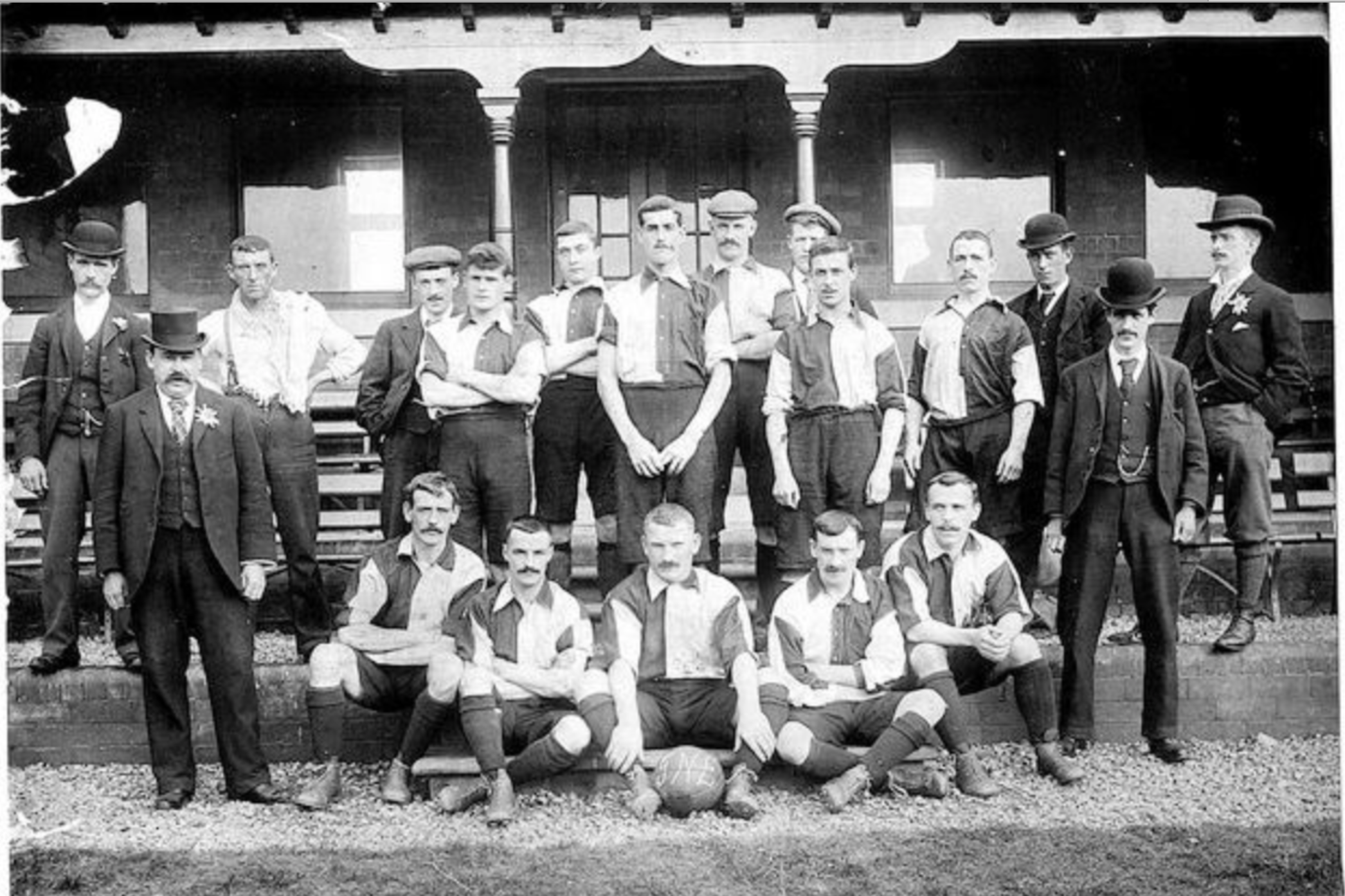 William and Jessie had one son (William) who was born in early 1899 in Glossop.  William played for Glossop for two seasons then disappears from the football scene.

Thanks to Richard Webb