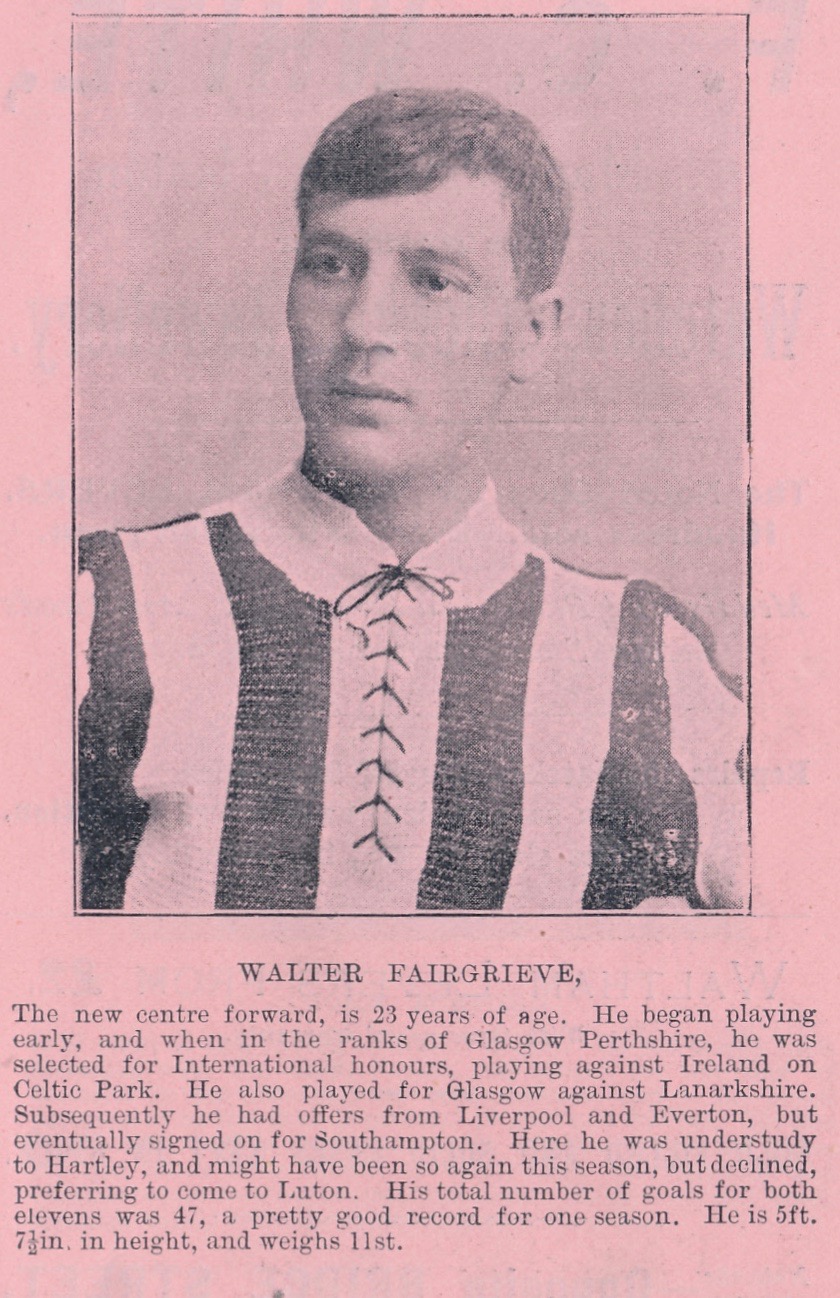 Walter scored 6 goals in 19 appearances for the Straw Plaiters.

A Scottish Junior International and he also represented Glasgow.

A Wood Turner by trade who got married on the 11th August 1899 and fathered 4 children.

A career hampered by his drinking and general misconduct that earned him suspensions.  This attitude carried over into his 252 days of military service. He was a Private who enlisted in the 15th Battalion Royal Scots on 24 September 1914 with a home address of 26 Caledonian Place, Edinburgh.

On 23rd March 1915 he was given 7 days field punishment (to include loss of pay) for being absent from the Commanding Officers’ parade and for not complying with an order given by a sergeant.

On 27th April 1915 he was confined to barracks (with loss of pay) for speaking to a C.S.M in an inappropriate manner and for then breaking out of barracks.

On 2nd June 1915 he was remanded to the Commanding Officer on a charge of causing a disturbance in the barracks at Troon.  The charge was dismissed.  While in the orderly room he was in a very excited state and complained of feeling ill.   At 9.45am in the Sick Bay the Medical Officer found him to be suffering  from a spasm of angina pectoris.  The attack passed and he was left in a more comfortable state at 11.15am. He subsequently died at 12 noon.

The Medical Officer said that the private had latent heart trouble which could crop up at any moment which would normally be exceedingly hard to detect.