Herbert, who played back or half-back, turned out for most of the High Town teams in the early 1880’s – Wanderers, St. Matthews, Luton Rovers, Park Rovers, Luton Town (late Wanderers) and then Luton Town.  The only mention I can find for the latter is that he was a reserve for the Luton Town reserves against Oakshott in October 1885.

It has proved difficult to locate much information on Herbert but we are fortunate that he celebrated his Golden Wedding anniversary in 1936.  The following clip is from the Luton News; 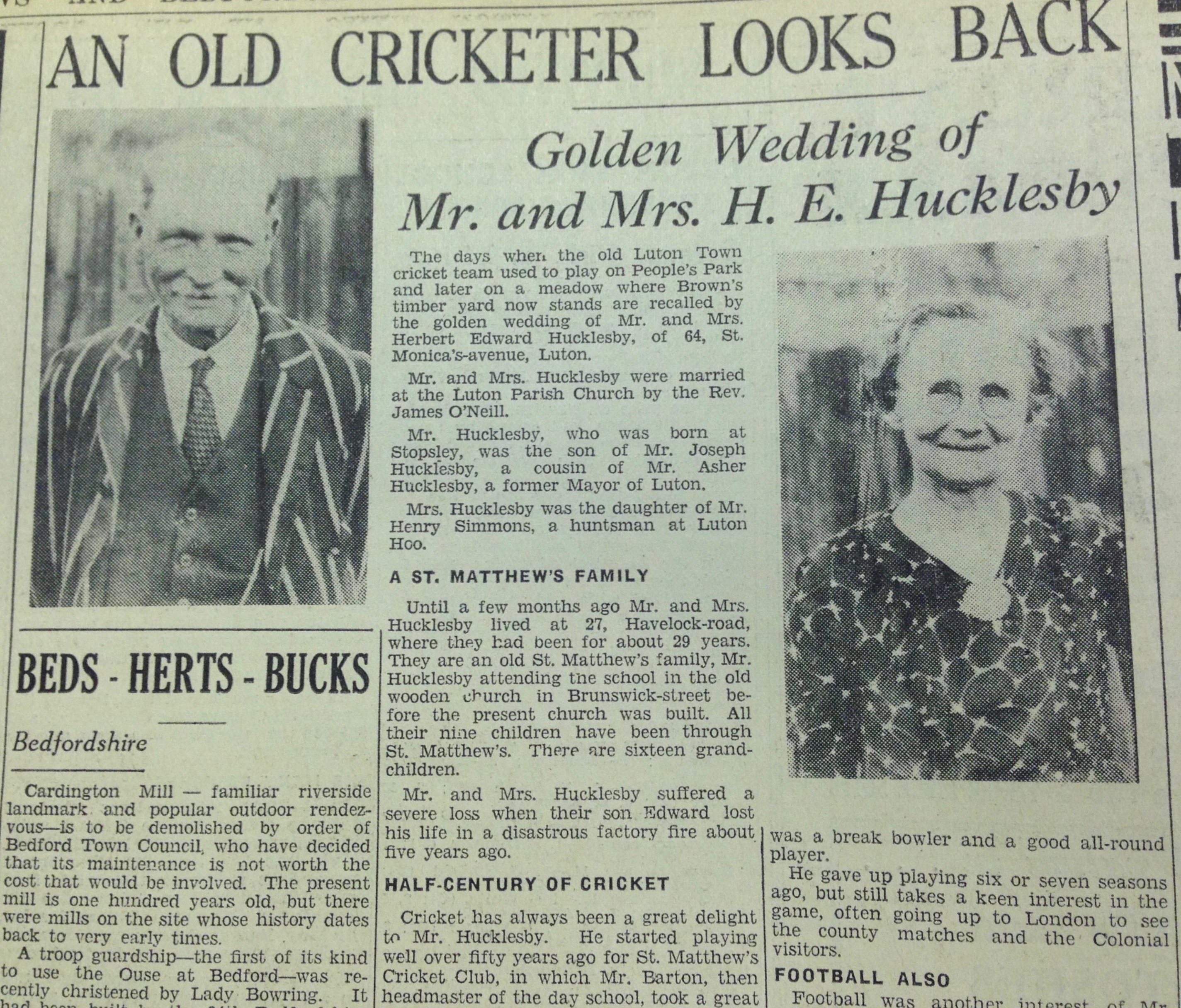 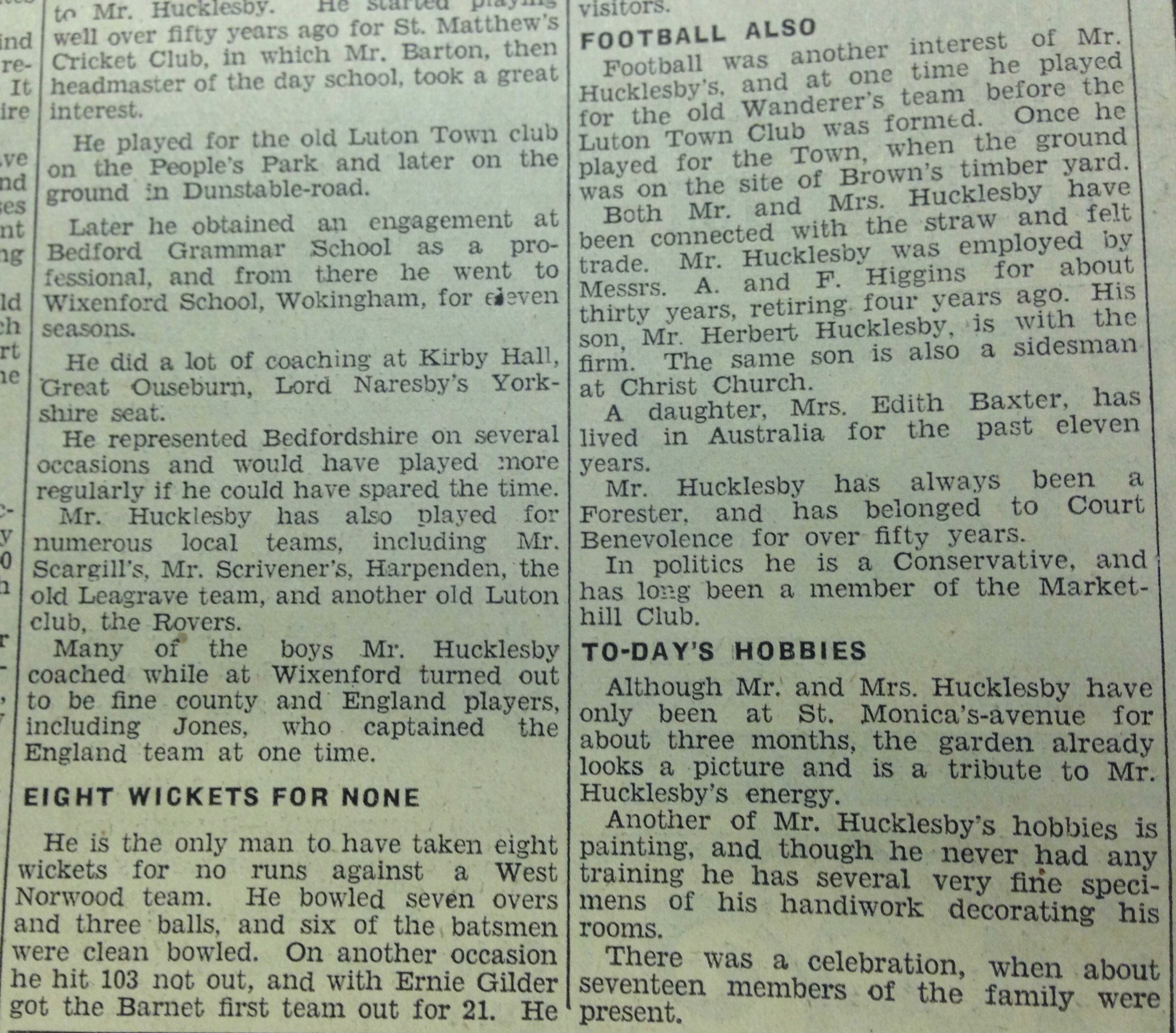 Thanks to Mike Davage.