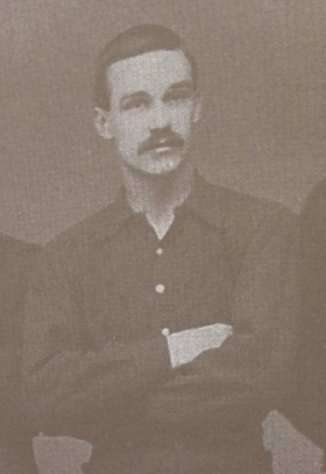 Born in Luton on the 26th May 1869.  In the 1871 census Jack lived with his parents Charles (a publican) and Ellen at the Folly, Luton Road, Wheathampstead.  Jack was baptised at Christ Church, Upper George Street on the 28th June 1876.  By the 1881 census the family were living at 174 Wellington Street Luton.  Jack was at school, his father was now a warehouseman.

By 1891 the family had their own hat business at 2 Russell street.  Charles is described on the census as a Straw Hat manufacturer, Jack a Blocker and manager.  His younger brother, Frank who also played for Luton Town, is described as an “assistant.”

“ More familiarly known as Jack Hoy, commenced playing football around 1885-86 with a team called the Church Institute.  In 1889 he made a few appearances for the Town and at the beginning of 1890-91 season played for Luton Montrose.  He fought in the Montrose ranks against the Town Club in the Luton Cup competition, and he gave such a good account of himself that he was again invited to become one of the senior club’s team.  He played against Wolverton in the Kettering Cup at Luton which resulted in a draw.  When the clubs went to Wolverton for the replay, the match went into extra time, and after that half hour period Luton were beaten 2-1.  He played in Luton’s first match of the 1891-92 season, but didn’t give a good account of himself, so the committee asked McFie of the London Caledonians to take over Hoy’s place.  The committee found that they had jumped out of the frying pan into the fire, and Jack was asked to take up the position again.  He did so and has continued to play regularly for the Town since.  His place is at back, and it is generally conceded that no member of the team has show such consistently improving form as he.  It takes a good man to get past Jack now, as he is a good tackler and first-rate kicker, a feature of his play being his remarkable sureness with his left foot.”

“Hoy was formerly in the Reserves.  This is his second season in the first eleven.  He has improved wonderfully of late, and often proves a great thorn in the side of the opposing attack.”

Jack was a consistent performer at back and rarely had a bad game.  His partnership with Bert Sanders was a formidable one which gave great confidence to the rest of the team. 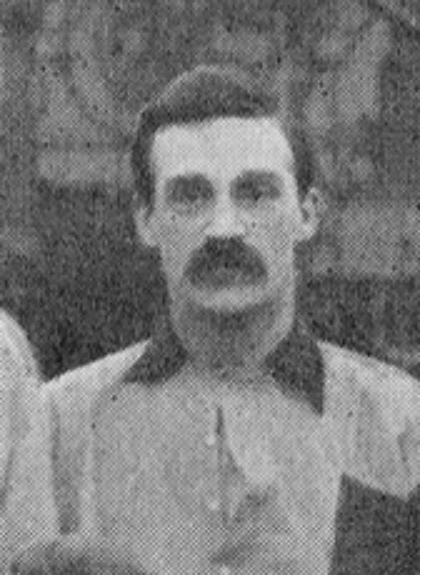 Many players were signed when the club entered the Southern League in 1894 and Jack was consigned to the reserves.  He went to play for St. Albans (pictured left in his St. Albans pink and black shirt) in 1895.  He stayed just one season playing 24 games scoring one goal. 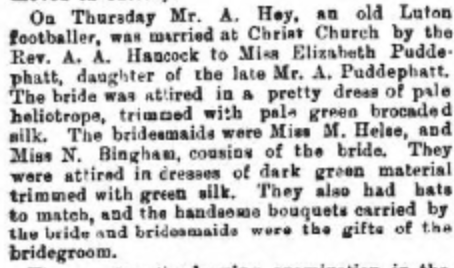 He married Elizabeth Maria Puddephatt on the 24th September 1896.  The 1901 census shows he and Elizabeth were living at 50 Buxton Road with their two sons Eric and Kenneth.  Jack was a Straw Hat manufacturer at this time.  By 1911 they had one further son Leslie and they lived at 33 Stanley Street.

Jack passed away in Luton in the Summer of 1944