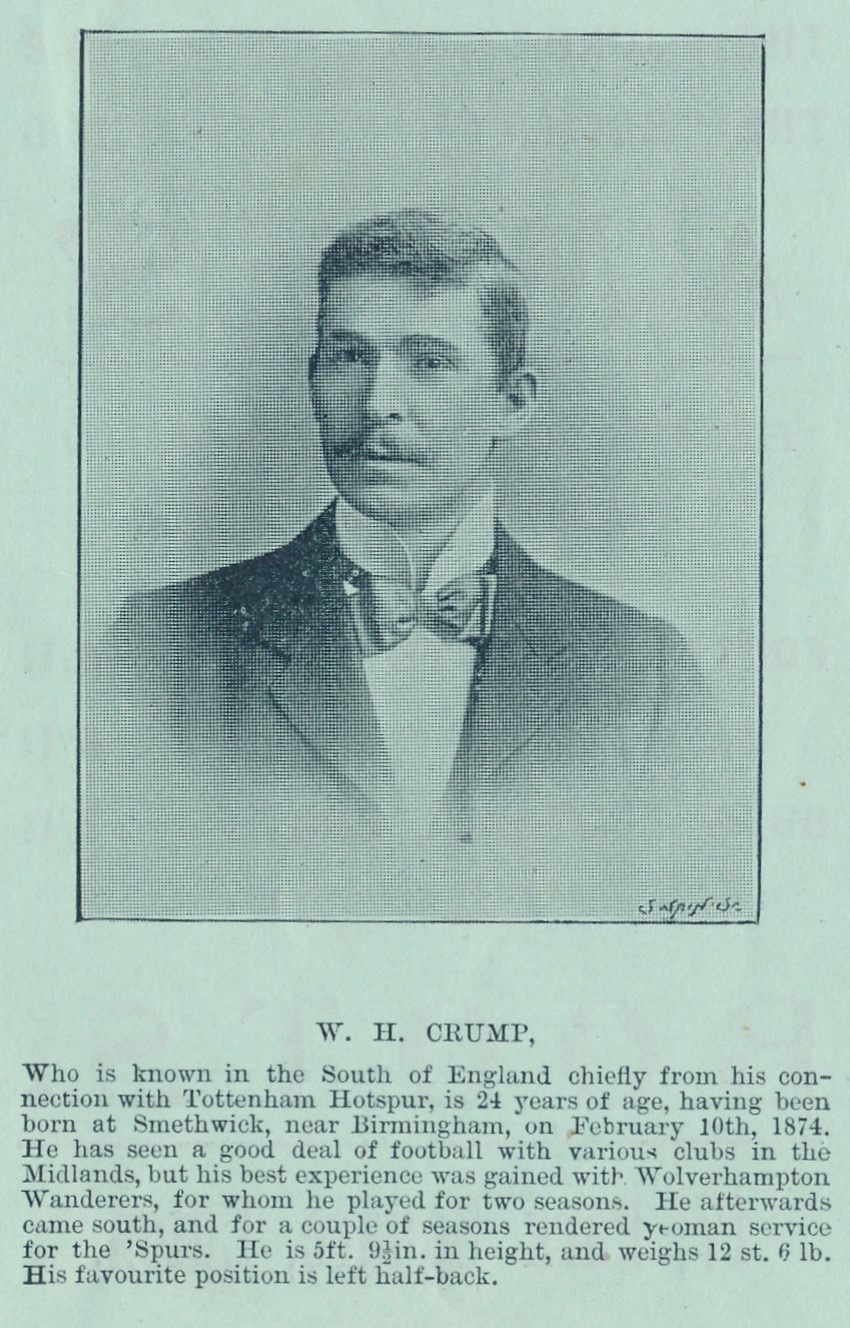 He played for Smethwick Centaur, West Smethwick, Wednesfield, Wolves September 1894, Hereford Thistle cs1895, Tottenham trial in August 1896, then permanent.  William signed for Luton Town in May 1898 and  The Luton Times & Advertiser of 6 May 1898 said he was an excellent capture.  He played 45 times for the Straw Plaiters scoring one goal.   William moved on to Tottenham in September 1899, Thames Ironworks (guest), Brentford cs 1900 and Watford.

The 1911 Census describes William as a Professional Cricketer and married 12 years to Clara Agnes Mahon with 4 girls and 3 boys.

The only cricket club found that William played for Birmingham team called Mitchell’s.