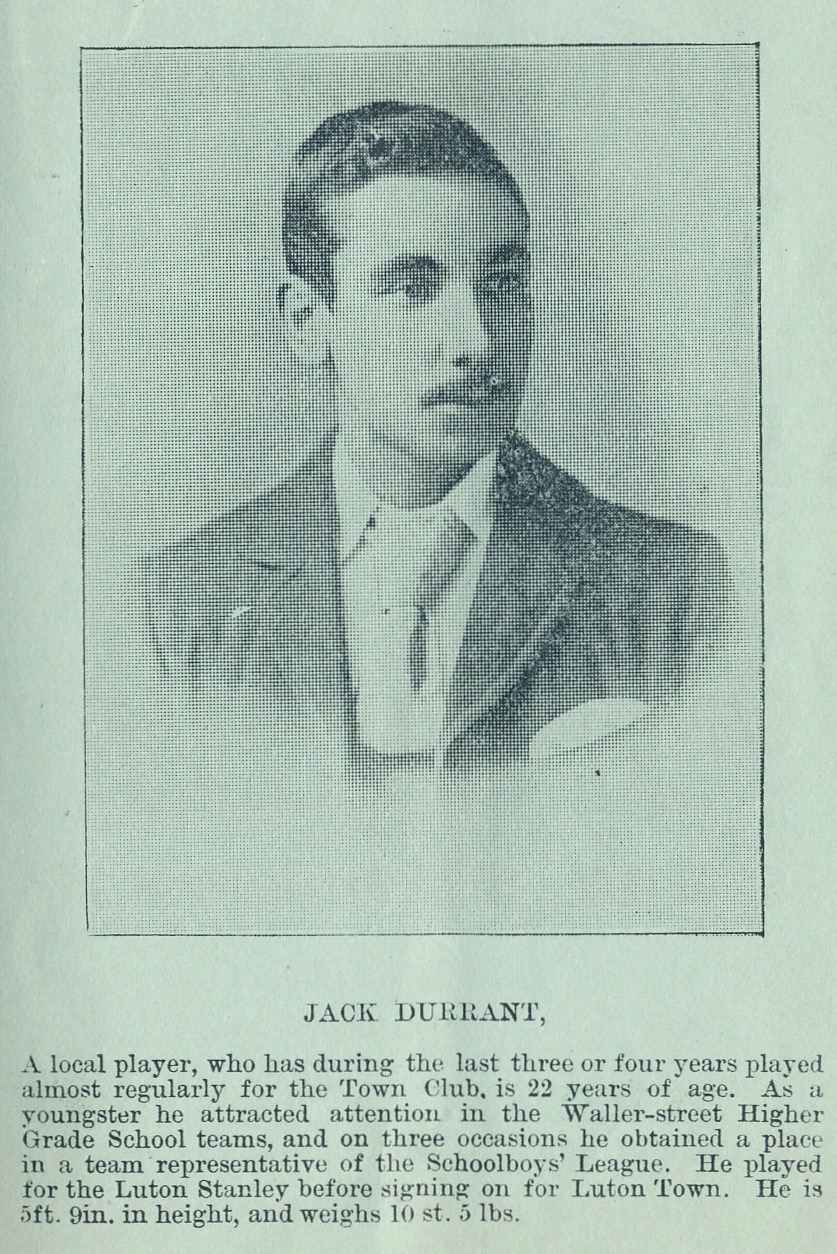 The Leighton Buzzard Observer of the 13th September 1898 reported on his signing, below;

The Athletic News of the 25th January 1904 gave Jack’s biography; 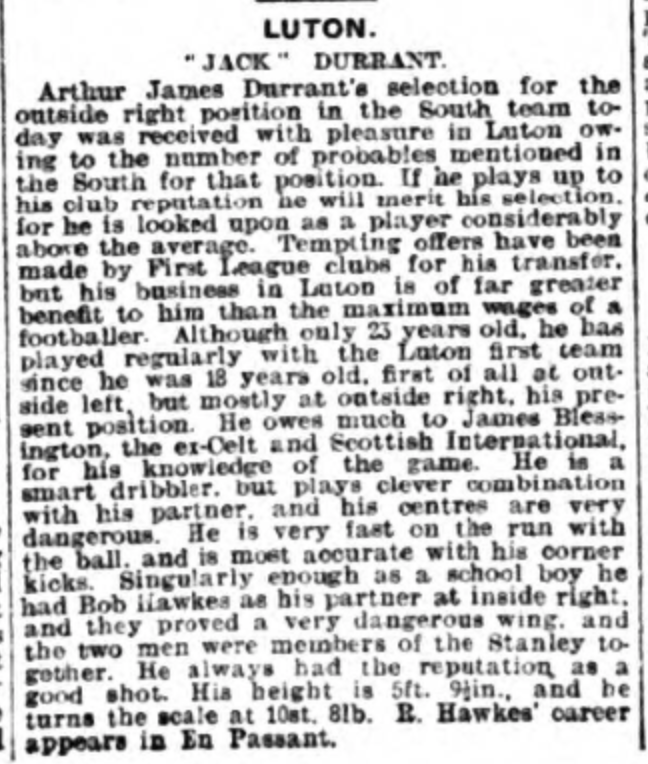 It appears that contrary to the above newspaper report, Jack was born Arthur Francis Durrant  in Luton on the 13th February 1880.

He played for Luton Stanley, Luton Town then Leicester Fosse from May 1904, Leyton from September 1909 and back to the Straw Plaiters in 1913.  He scored a total of 47 goals in 199 appearances for Luton Town.

Later a Confectioner assisted by his wife Sarah.

He was in the Royal Navy from 4 September 1916 to 6 February 1919. His draft papers said that he had black hair, brown eyes and a dark complexion.