In 1891 Fred lived at 12 Cowper Street, luton with his parents and 3 siblings.  He was 16 and described on the census as a “domestic house boy.”

He played for Luton reserves as a forward and broke into the first team in December 1898 in an F.A. Cup tie at Spurs.  The following season he made 9 League appearances scoring 6 goals.  Bob also made 4 appearances in the United League.

“Lutonian’s death in South Africa – Many people will regret to hear of the decease of “bob” Draper, a private in the 2nd Beds Regiment, and better known perhaps as a footballer who has played for the Town Club a number of times.  Deceased was but 23 years of age, and was drafted out to South Africa a year and nine months ago.  It appears he accepted service on the understanding that it was to be for 12 months, and in several letters he wrote home to his mother he mentioned the fact with regret he had been kept so long over his time.  In fact, he was looking forward to an early return home.  He mentioned October 9 as the probable date of sailing, and hoped that he would be home again for the next footballing season, though he was afraid he would not.  Naturally his mother and sisters who live at 9, Buxton road, sustained a great shock when they read in the list on Saturday morning the announcement: – 2nd Bedford Regiment – 2780 Private F. Draper (pneumonia), Bloemfontein, July 30.

Fred was deceased’s proper name though he was popularly known as “Bob.” He had a hard time in South Africa, getting wet very often and never getting a bed to lie upon.  In regard to his last appearance in the football team, it will be remembered that Mr Smart arranged for him to come home from Bedford for the purpose of playing a match, and in this he was successful in scoring two goals which won the match.”

A letter from Bob to his brother was also published – 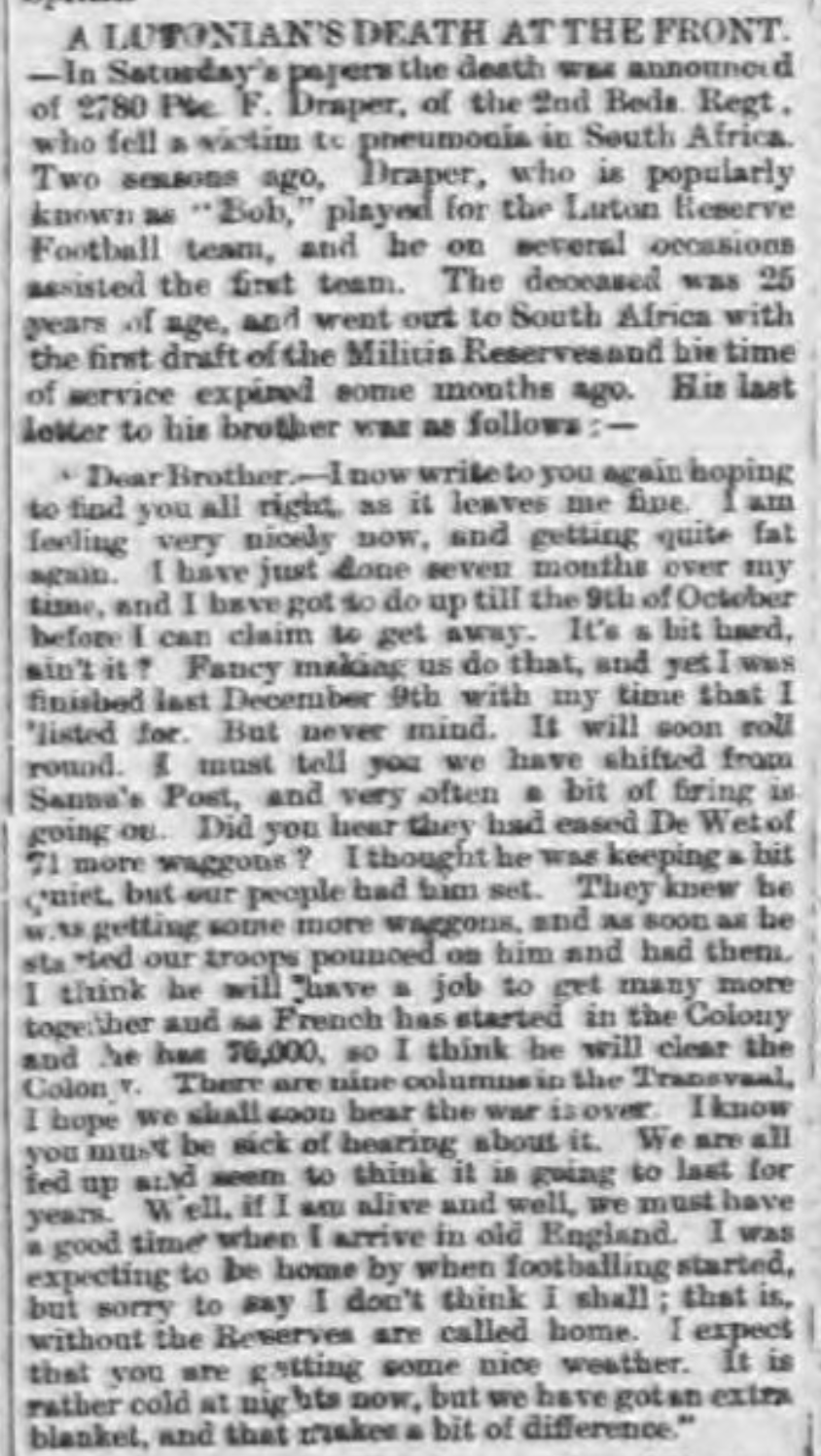 The Army produced a list of soldier’s effects, below is Bob’s.