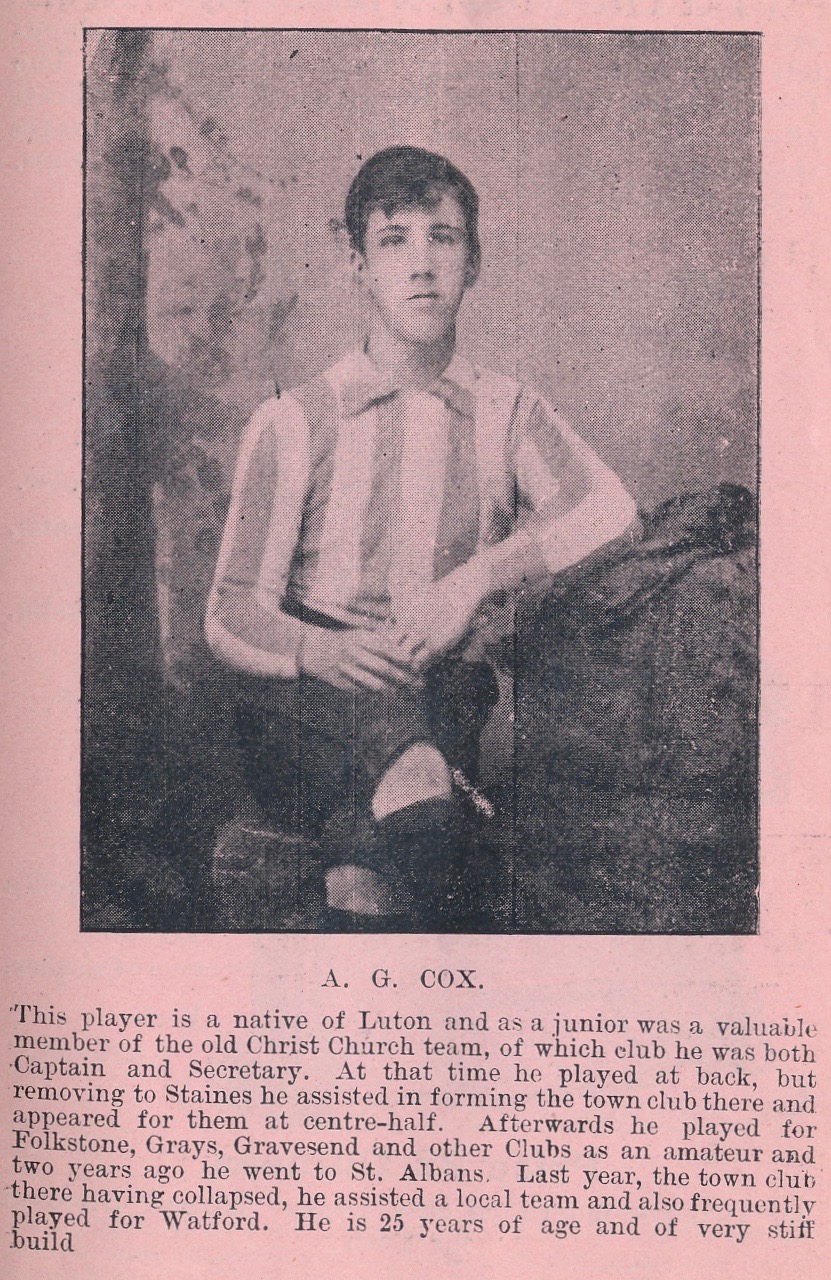 Arthur was born on the 25th February 1874.  The 1881 census shows him as a pauper of the Luton Union Workhouse.  By 1891 Arthur was a Solicitor’s Clerk living with his married brother at 2 Princess Street, Luton.  Ten years later he was a bricklayer boarding in St Albans.

Made just 9 appearances for the Straw Plaiters.  He went on to play for St. Albans and Hitchin turning amateur in 1903.

Still a bricklayer in 1911 he was married to Jane Ellen and lived at 47A Highbury Road, Luton with a son and two daughters.