Albert Deacon was born in January 1865 in Luton.  In 1881 he lived with his parents at 35 Wenlock Street.  Like his brother, George, and father he was a Straw Hat blocker. He married Julia and lived at 20 Pondswick Road with their two little girls.

Albert played for Luton Wanderers from the beginning alongside his brother George and the great J.C. Lomax and appeared in the first F.A. Cup game against the Old Etonians.

Albert played and scored in the very first Luton Town game against Higham Ferrers on the 3rd October 1885.  There are newspaper reports which show that he definately played in half a dozen games that first season.  He probably played in more games but the teams are not given in the reports.

By 1891 he is described as a gas and water fitter.  He later became an engineers fitter and moved to 16 Vicarage Street then to 19 Oxen Road.

The Luton News of the 26th February 1953 published the following – 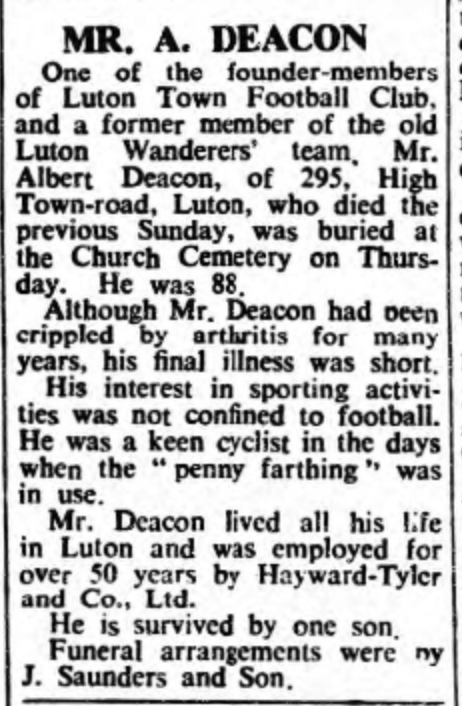