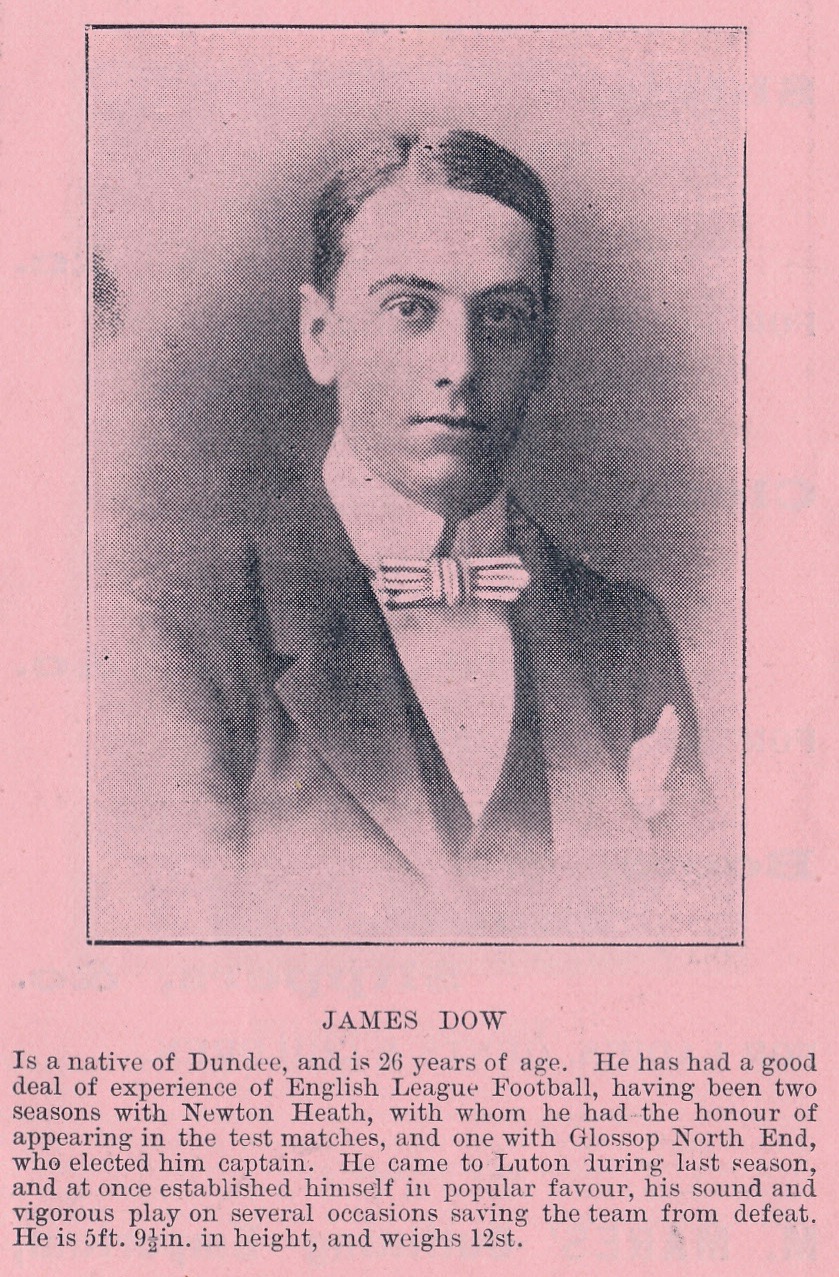 James Macintosh Dow was born in Scone, Perthshire on the 14th May 1872.

James played 83 times for the club scoring 6 goals.  James stayed in Luton and there is a “J. Dow” who played for Luton Town Cricket Club who topped the batting averages in their first season – 1906.  I need to nail that one down.  The following photograph of James appeared in the Luton News in 1933. 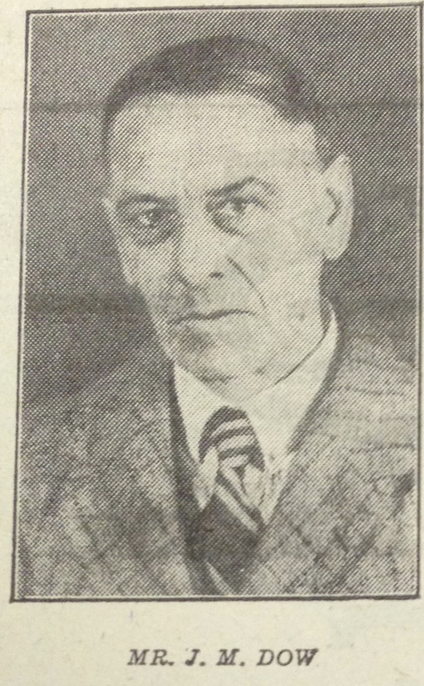 He married Agnes Bruce Munro on the 24th June 1902, James was a Grocer’s Manager in later life.

Died in Perth, Scotland on the 31st March 1950 of Myocardial degeneration which he endured for 2 years.