Known as William, he was a Wanderer and stayed loyal to them after Luton were formed in April 1885.

Played mainly for Luton Town reserves but made at least 4 first team appearances at half-back in late 1889 and early 1890. 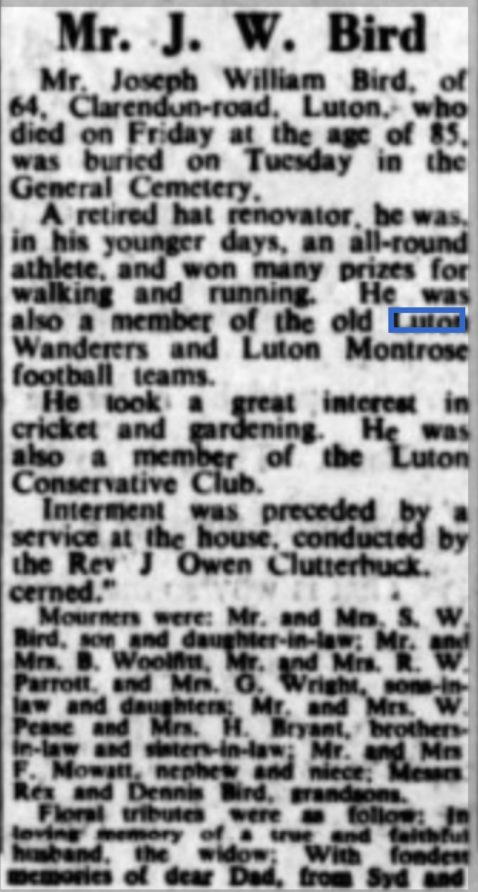