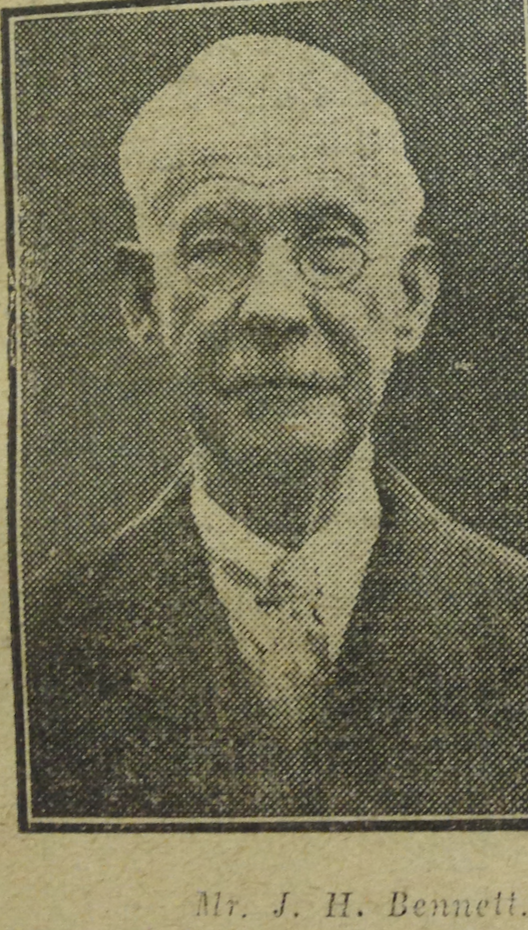 James Henry Bennett (described as Bennet on the birth register) was born in 1850 and was baptised at St. Mary’s Parish Church, Luton on the 8th June the same year.  The 1871 census finds him working as a blocker and living with his father and three brothers at 88 High Town Road.  Ten years later he was living at 1 Spring Place with his wife Anne, whom he married in 1875, and he was described as a “bonnet blocker.

He and Anne had one son, George William Bennett born in 1876.

James was elected onto the Luton Town Committee in late 1885 to supplement the committee who were under severe pressure as Herbert Spratley and others were not performing their duties.  He remained on the committee (with the exception of the 1890/91 season when he did not stand for election) until the club became a Limited Company in 1897.  He played a full part in the running of the club acting as gateman, umpire/linesman and regularly attending, and contributing to, committee meetings.

James was still a “Straw Hat Blocker” at the time of the 1911 census and lived at 87 Dumfries Street.

We are fortunate in that he and Anne celebrated their Diamond Wedding anniversary in 1935 and the Luton News covered the story.  We are therefore provided with a ready made biography straight from the horses mouth.   Please read down the left hand column before returning up to “Crimean memories.” 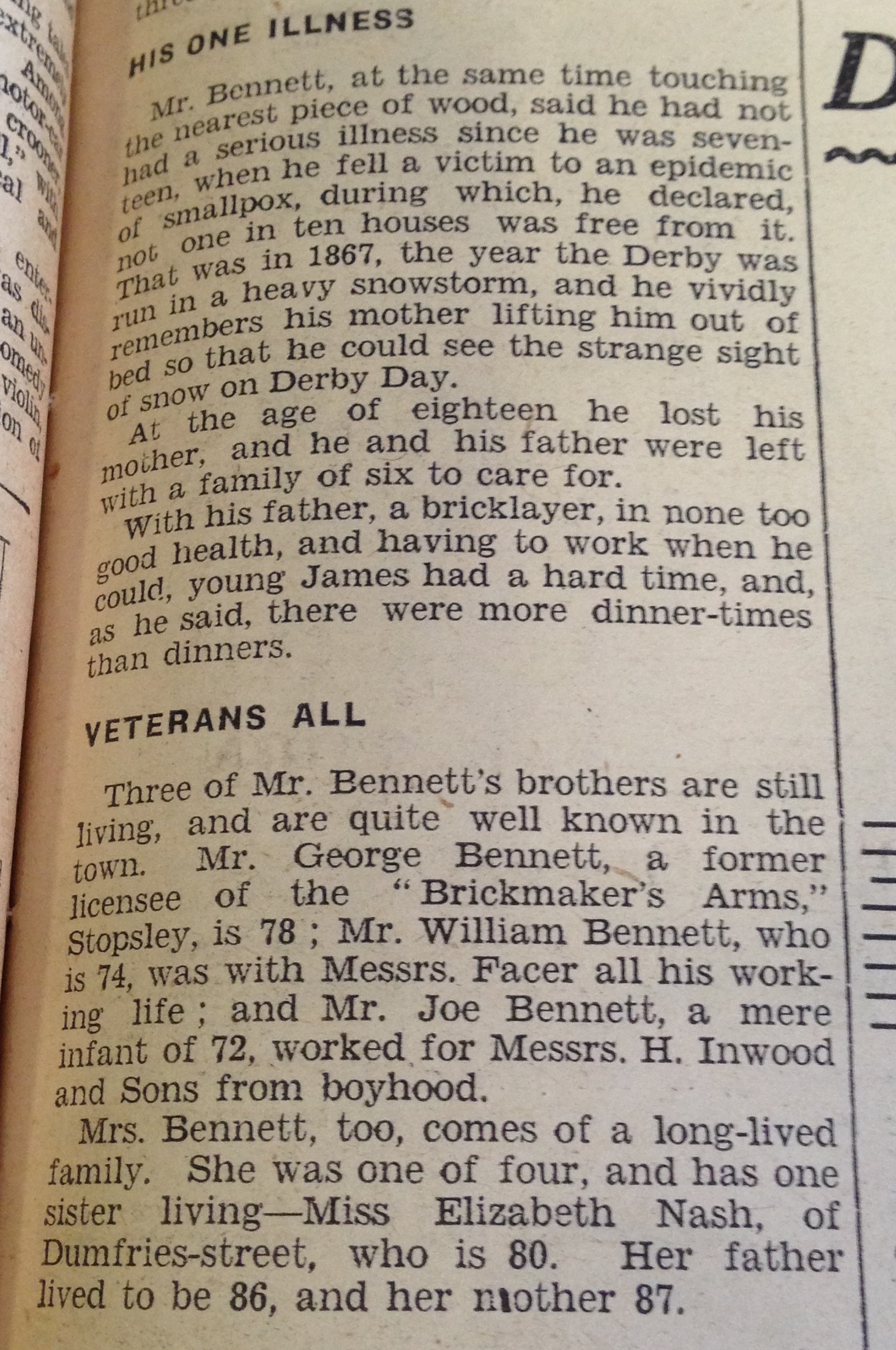 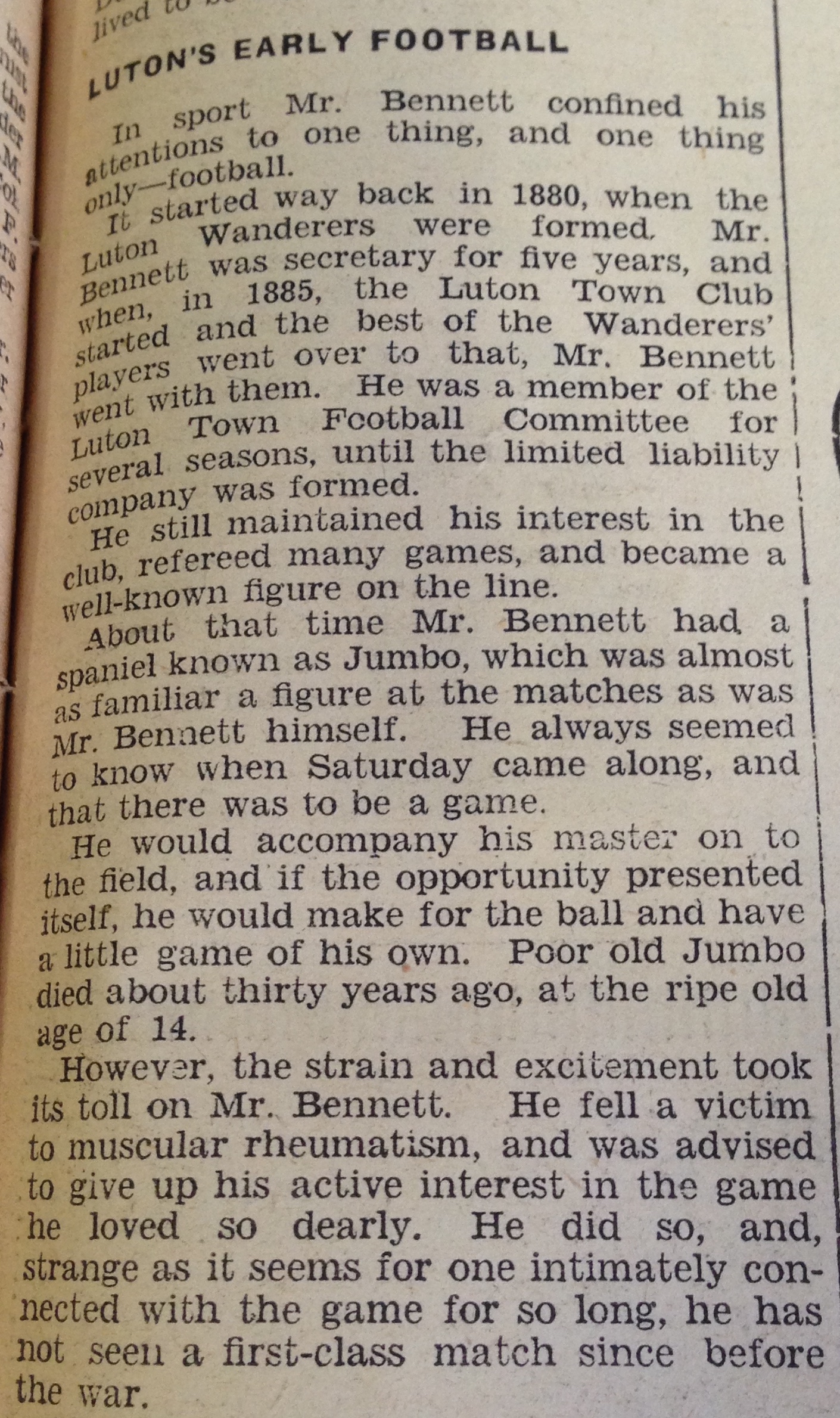 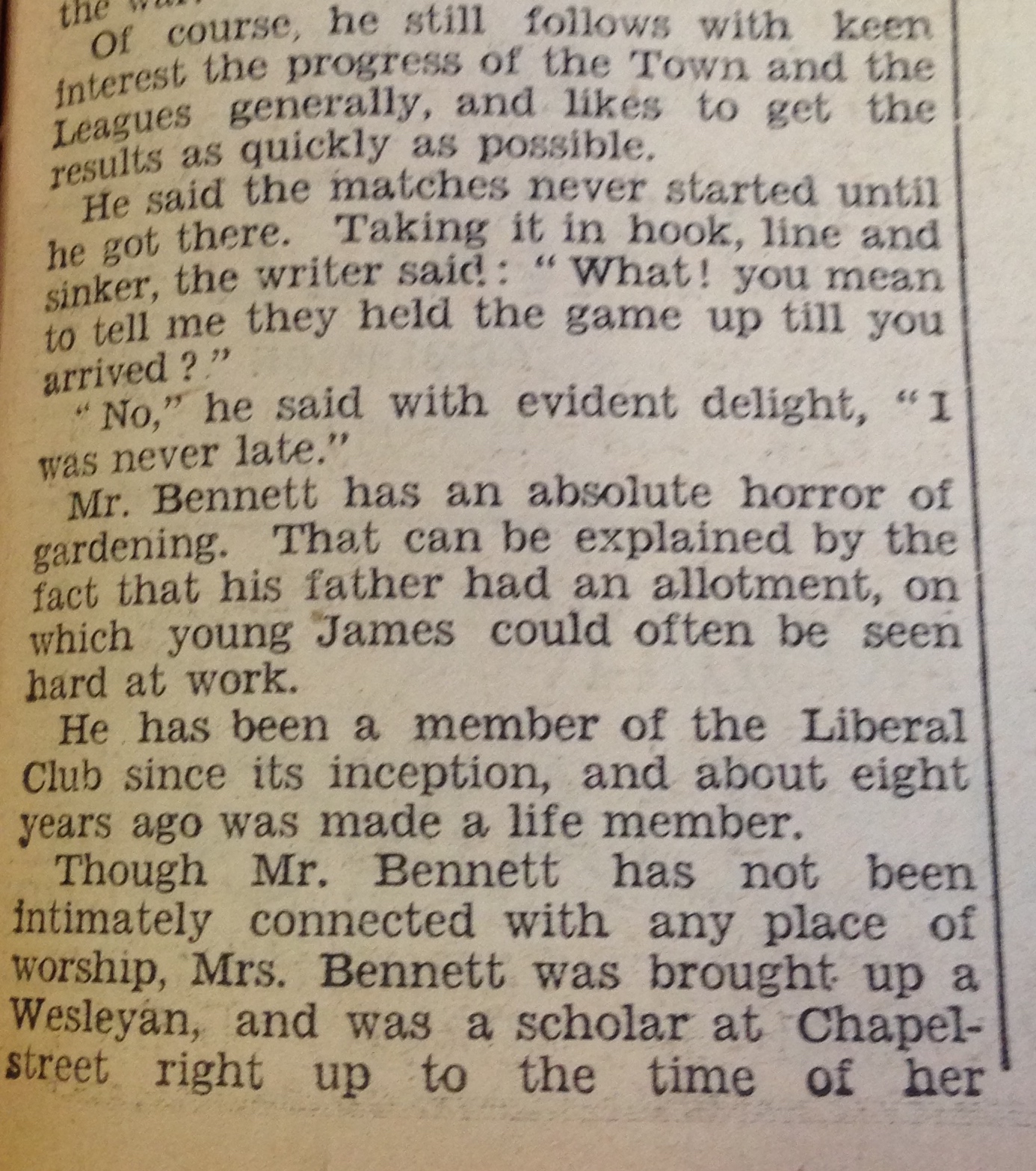 James gave thousands of hours of his time to football in Luton and Luton Town Football Club.  Without men like James behind the scenes donating their time, there could not have been a club.  James’ wife of 64 years, Ann died in early 1939.  James passed away on the 7th July 1945 at 36 Cambridge Street, Luton aged 94.  He left £1,740-9-2d to his son George William.