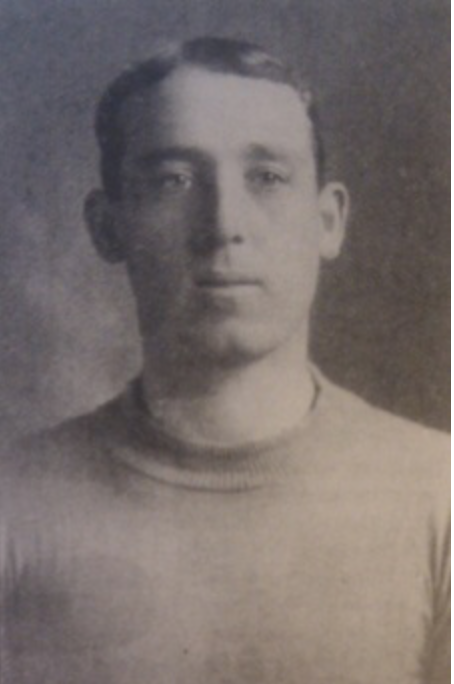 Born in Linlithgow on the 28th February 1874, James (Jimmy) Blessington was one of Celtic’s earliest heroes. The son of a quarryman Jimmy signed for Celtic on the 27th August 1892 from Leith Athletic and scored 9 goals in his debut season as the Bhoys claimed their first league Championship and were runners-up in the Scottish Cup.

A right sided forward who had an eventful career, he first came to prominence with the Celts after starting his playing days in Leith with Leith Hibernian, Hibernian and Leith Athletic. His signing with the Bhoys was controversial and was investigated by the SFA, who exonerated Celtic but suspended the player for a month.

With strenuous efforts being made to secure a new home for Hibernian their Committee is said to have suffered a blow when James Blessington signed for Celtic as he was a star player. Hibs were poorly run back then and a number of players departed from Hibs out of concern or avoided going to the club despite their early promise and success. The game was evolving but Hibs’ management weren’t, and in time their treasurer ran off with the kitty to America.

Over the next six years James won three Scottish League championships and also appeared in two Scottish Cup finals.  He made a total of 99 Appearances for Celtic scoring 38 goals.

In 1898 he went south to Preston North End, but only played a season before starting a rapid series of moves to Derby County, Bristol City and Luton Town (all inside a year).  His entry from the Luton Town Handbook published by the Luton News is below.  James played 104 games for the Straw Plaiters scoring 38 goals. 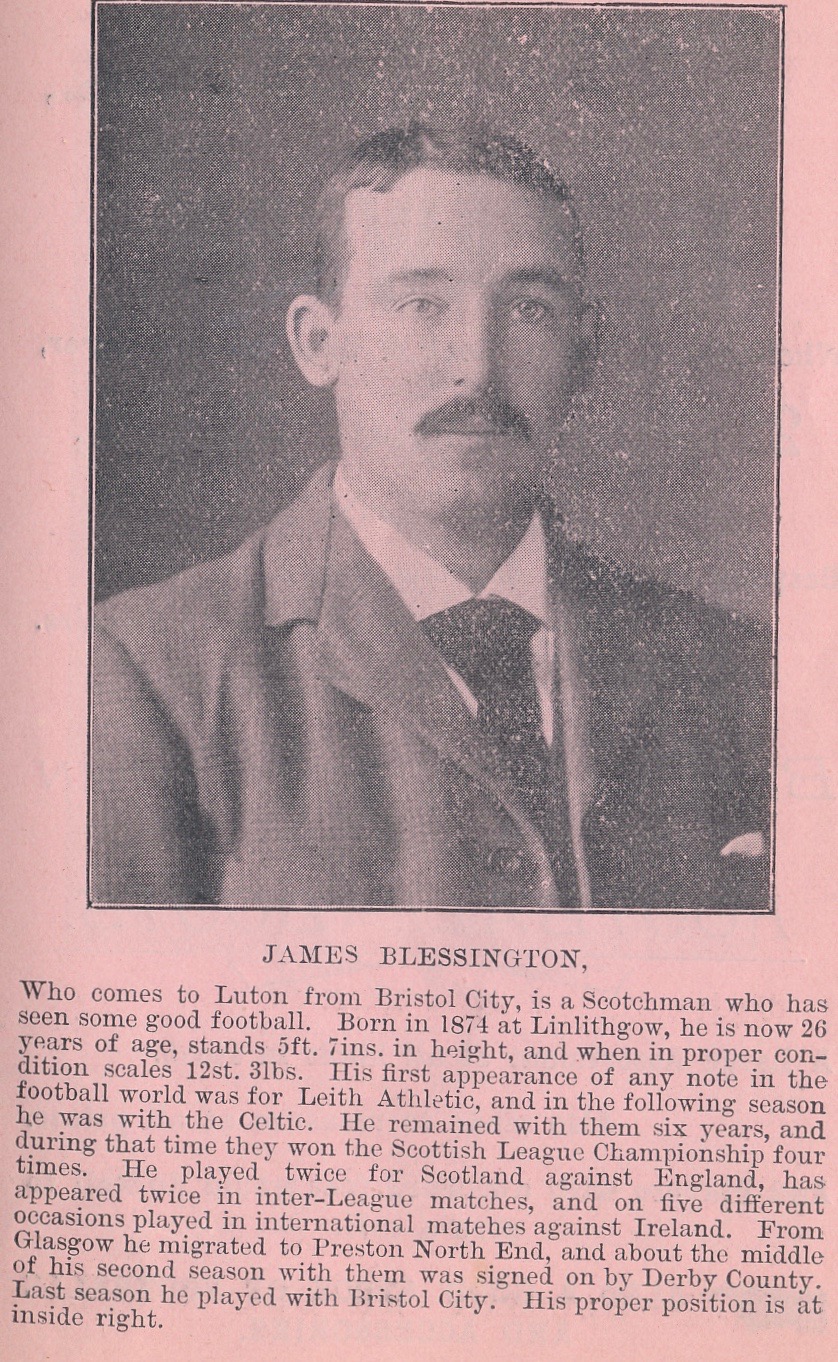 James moved to Leicester Fosse in May 1903. Over the next five years he made 100 league appearances for Leicester, becoming the team manager for the last two years.

He was prevented from taking up a coaching position in Germany by the outbreak of the First World War. He joined the Merchant Navy on the Atlantic route and went to Celtic Park whenever he docked in Glasgow.

After the war he continued his trade as an electrician before running a hotel in Guernsey. Later he became a publican in Newton Abbot but also had a spell around 1913 as coach of Belfast Celtic