Born in Luton on the 2nd April 1875.  By 1891 he was a Brass finisher living with his parents at 138 Wellington Street.  His father George was a Soda Water manufacturer. 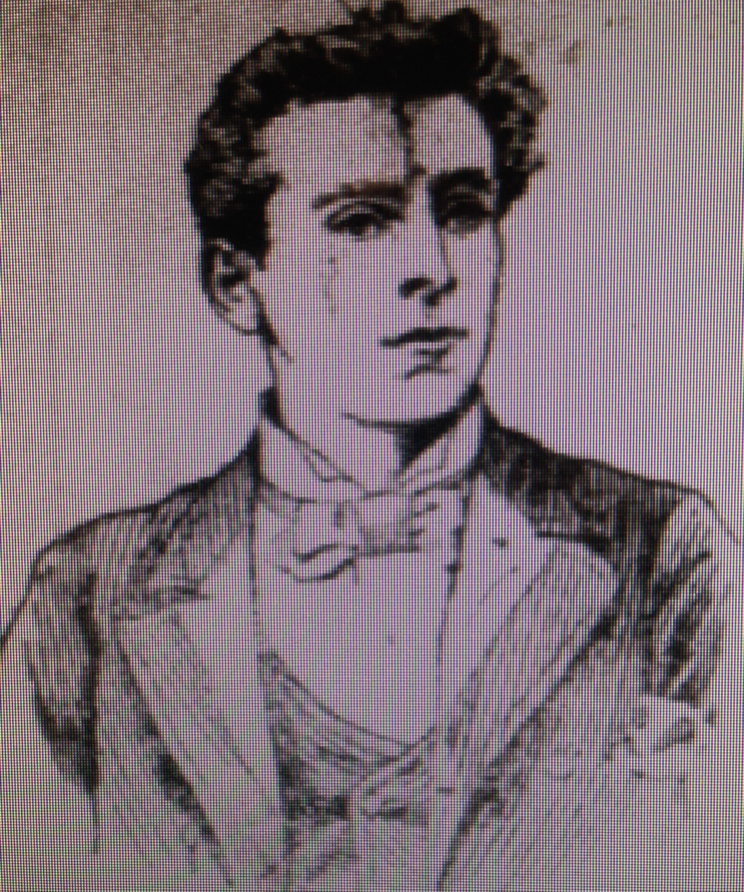 The extract below is from the Luton News 1892.

“Whose portrait is left, was born in Luton in the year 1875, and is just over 17 years of age.  Taking to football as naturally as a duck takes to water, he began playing almost as soon as he could toddle, but the first club he regularly played for was St. Saviour’s.  After performing for them for one season, he transferred his services to the Unity, of whom he subsequently became the captain.  He afterwards returned to St. Saviours, and he also played for Norton College in all their leading matches.  Then he joined St. Matthews, and, at a later period, the Terriers, who are now known as the Town Reserves.  Here he attracted some attention, and at the beginning of this season was given a trial in the first team.  He played so well that it was found his services could not be dispensed with, and he was very shortly enrolled as a member of the premier eleven.  Allen, who stands 5ft 6ins in his shoes, and weighs 10st 2lbs., is a splendid little forward and worth his weight in gold.  Playing on the left wing with Chesher, his marvellous accuracy in passing calls forth the admiration of the spectators, while his indomitable energy and pluck make him of the greatest service to his side.  Nicholson, the celebrated West Bromwich Albion back, formed a very high opinion of Allen when he saw him in the match against Wolverton, and said that he believed, with proper attention, he would develop into a really first-class player.  In that opinion I heartily concur.” 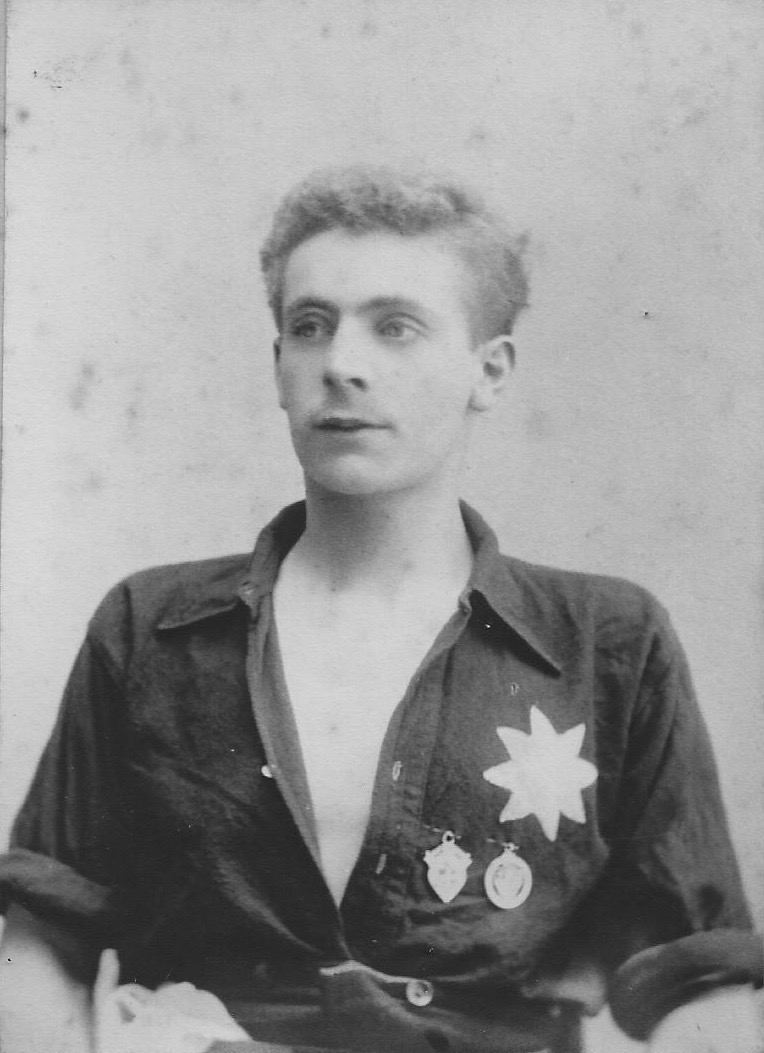 Fred was one of the team that won the Luton Charity Cup in 1894 – team below with trophy.

The minute book of 22nd October 1894 reveals that the committee noticed some friction between Fred and one of the newly arrived Scots, Billy Prentice.  The captain, McCrindle was asked to speak to Fred on the quiet. 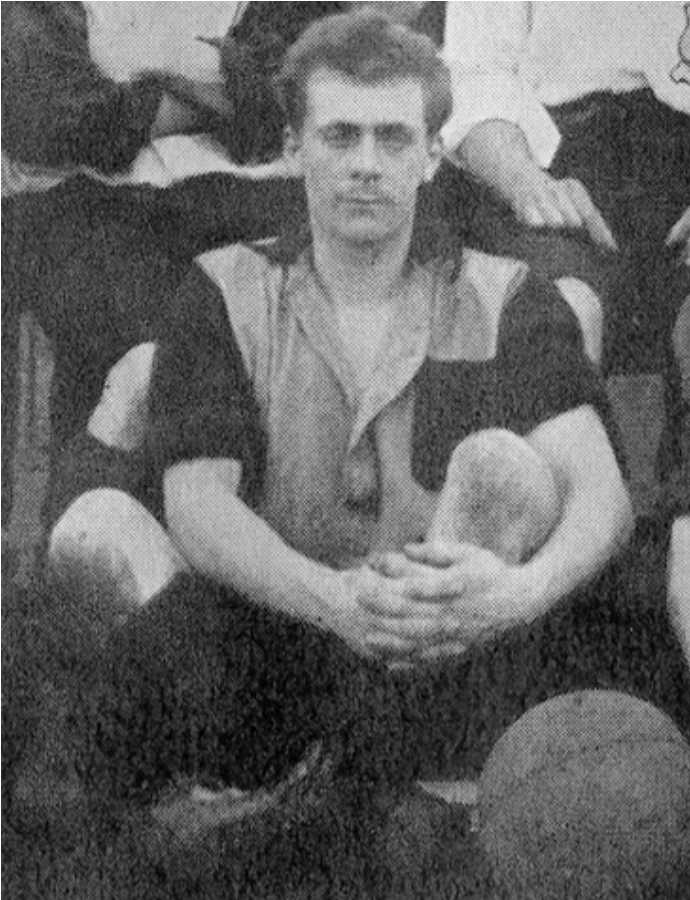 In June 1895 the club decided not to run a reserve team.  Fred decided not to stay and fight for a first team place.  St. Albans had turned professional so Fred tried his luck there.  Left is Fred  in the St. Albans team photo of 1895/96 in their pink and black shirt.

In the 1901 census Fred was living at 169 Wellington Street with his widowed mother and sister.

By December 1902 Fred was back playing for Luton reserves and was a success.  He forced his way into the first team for a League game at Kettering on the 10th January 1903 which ended 1 1.  Fred played again the following week at Millwall when he played poorly in a one nil defeat.

Fred was reinstated as an amateur in August 1905 along with John Dow and Jimmy Coupar.  He played his last game for Luton Town in a reserve game with Hitchin in April 1906.  The following season saw him play for Luton Excelsiors.  He also enjoyed playing cricket and golf.

On the 1911 census Fred was single, boarding with his neice, May Church and her husband Fred at 91 Ashburnham road, Luton.  His occupation is a Physical Culture expert.  During the First World War Fred volunteered at the Wardown Hospital as a masseur – see the photo at Wardown below.  Fred is sitting on the bed far right. 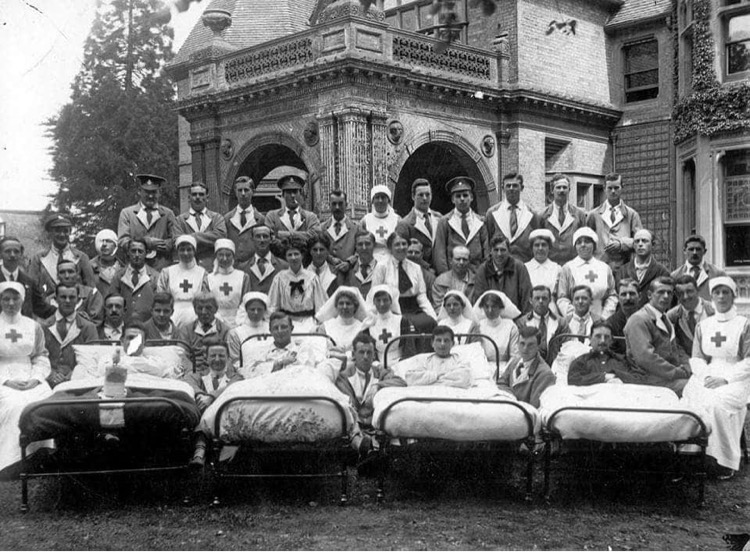 He married Florence Neill in 1916 and they had a daughter, Betty, born in Kenilworth Road, Luton in 1917.

In 1939 Fred is living in Woolwich with his wfe and daugher working as a medical masseur and chiropodist.

Thanks to Bev Thomas for additional information.