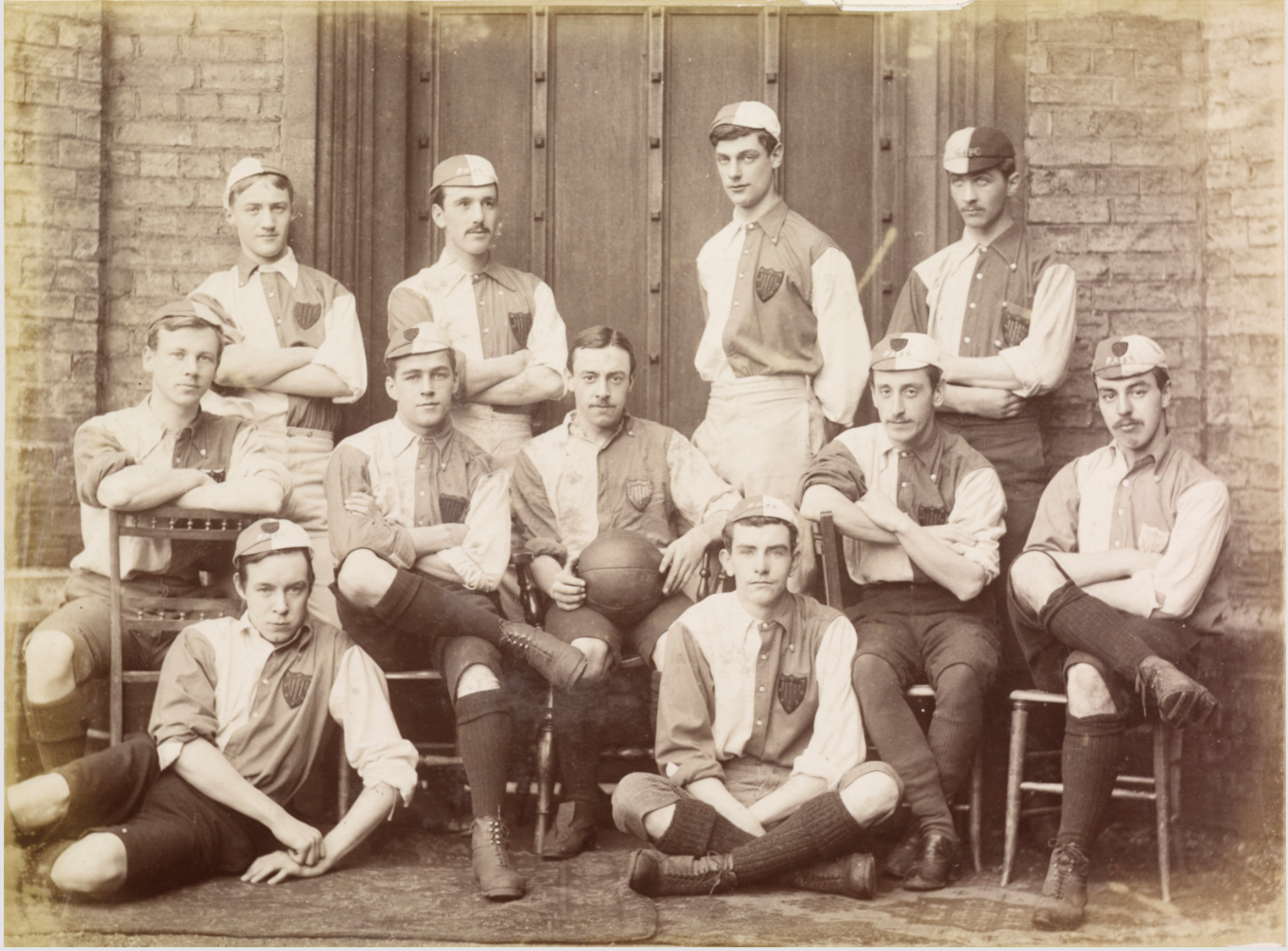 Peterhouse, Cambridge University team Autumn 1886.  Thanks to the Masters and Fellows, Peterhouse.

J.C. Lomax is seated with the ball.  E.H. Lomax is seated far right as you look at the photo.  Another St. John’s College, Luton, footballer, George William Beldam is seated cross legged at the front and was an accomplished cricketer.

The full legend is as follows;

None of the players are wearing shinpads and Knott is wearing shoes so my initial thoughts are that the photo was not taken before or after a match.  J.C. also appears to be wearing shoes (without laces!) and he is the only player without a cap (he did head the ball unlike some players at this time).  Note the “bars” on the sole of E.H.’s boot which were an alternative to studs.   E.H. looks very much like his younger brother, D.A.N. Lomax (see the biographies button).

The leg wear worn by Knott is intriguing.  I have read about players wearing rubber leggings in an attempt to ward off injury but I have not seen any hard evidence that this occurred.  The rubber leggings must have been similar to tights (rather than the thicker rubber suit worn by divers) to enable unrestricted movement.  Knott’s leg wear appears to be woollen.  It may be that they were designed to prevent pulled muscles similar to cycle shorts today.   Why bother to wear them for a casual photo though?  The shoes worn by two players could indicate that the photographer was ready and impatient to take the photo but the players were not quite ready but turned up as they were.

Most of the players have button down collars and Westcott (back row, right) has an extra row of buttons on his shirt.  Westcott and Knott appear to have new shirts as they are slightly darker than the others.  The College uses two sets of colours.  Sporting teams, at least in living memory, are usually blue and white, which goes back to the first boat on the river in the 1820s or so, when the cox happened to have a blue and white handkerchief in his top pocket.  The College arms are red and gold, so red and yellow colours are used sometimes.   As the photo is sepia, it is difficult to tell what colours the shirts are.

Interlude – Foss Westcott, back row, right with the heavenly expression, would become Bishop of Chota Nagpur from 1905 to 1919.  He went on to become Bishop of Calcutta and Metropolitan of India from 1919 to 1945. 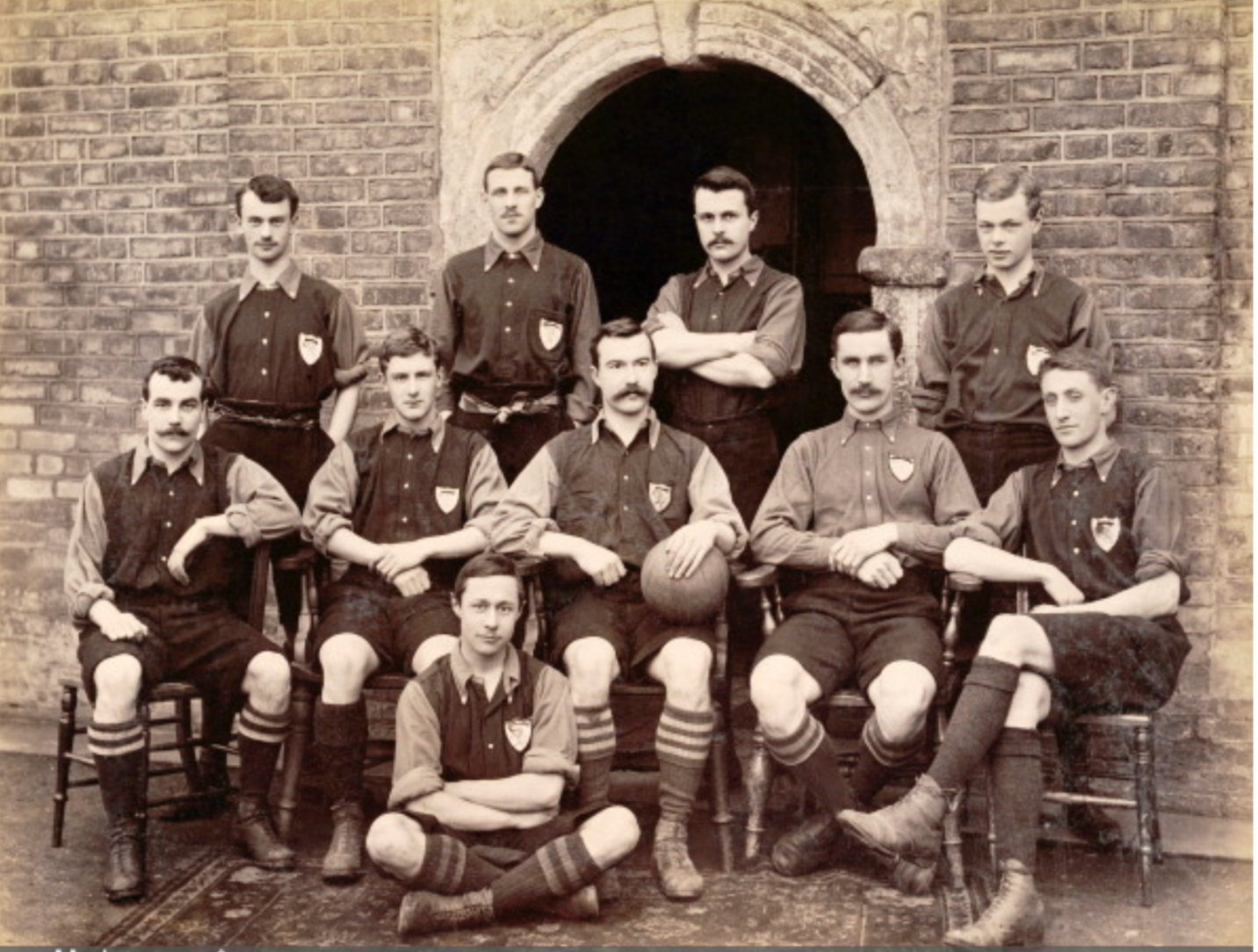 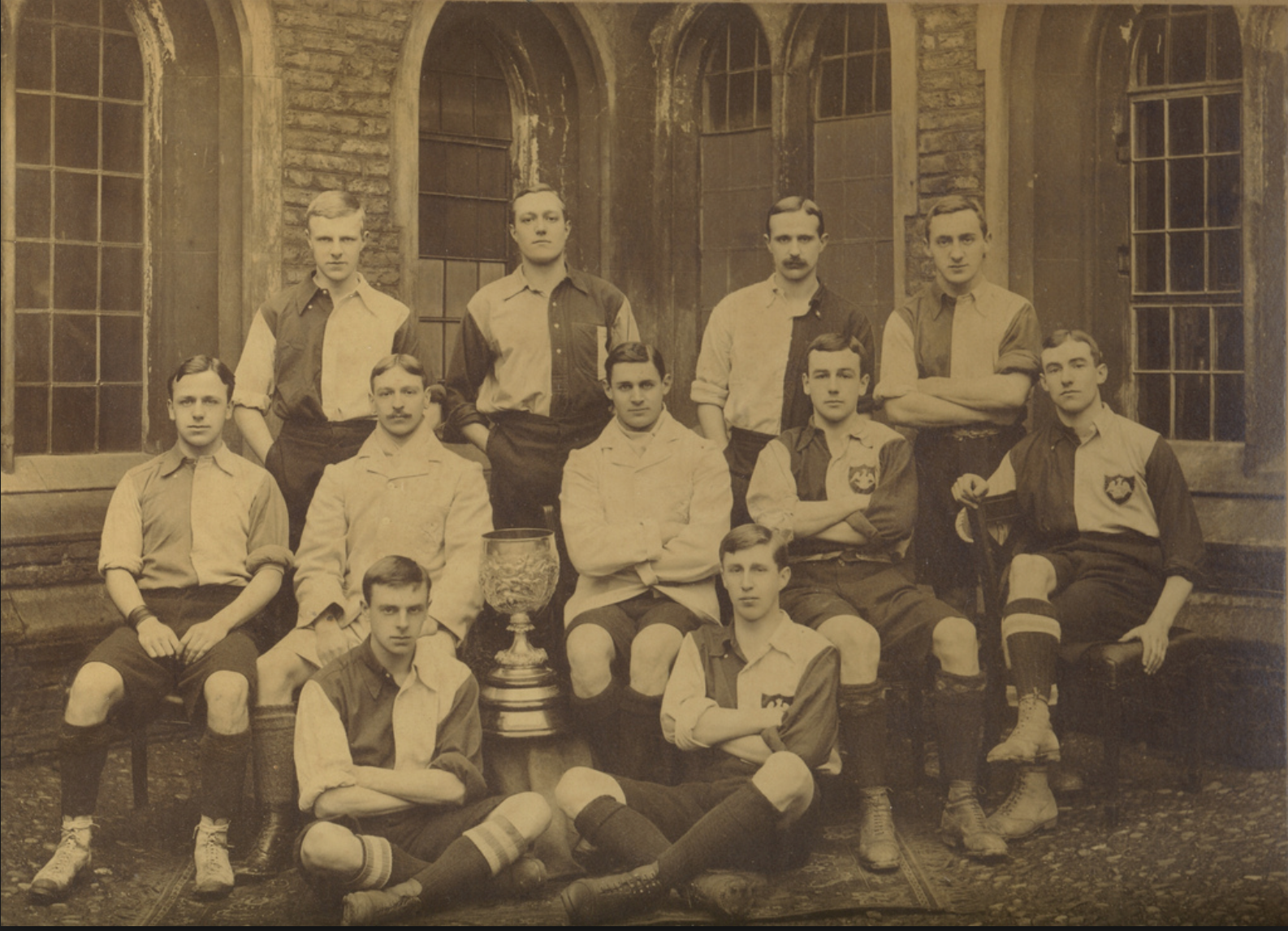 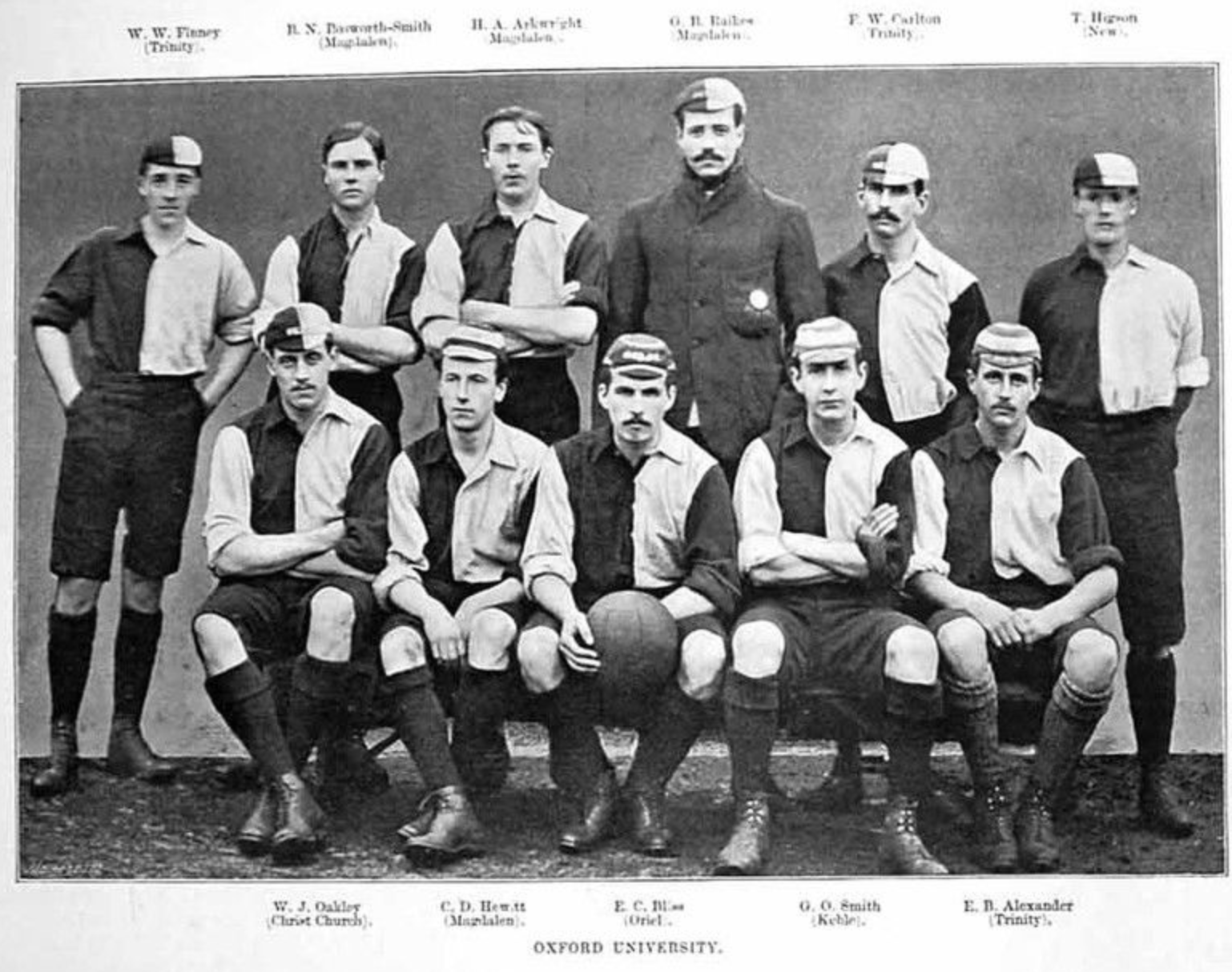 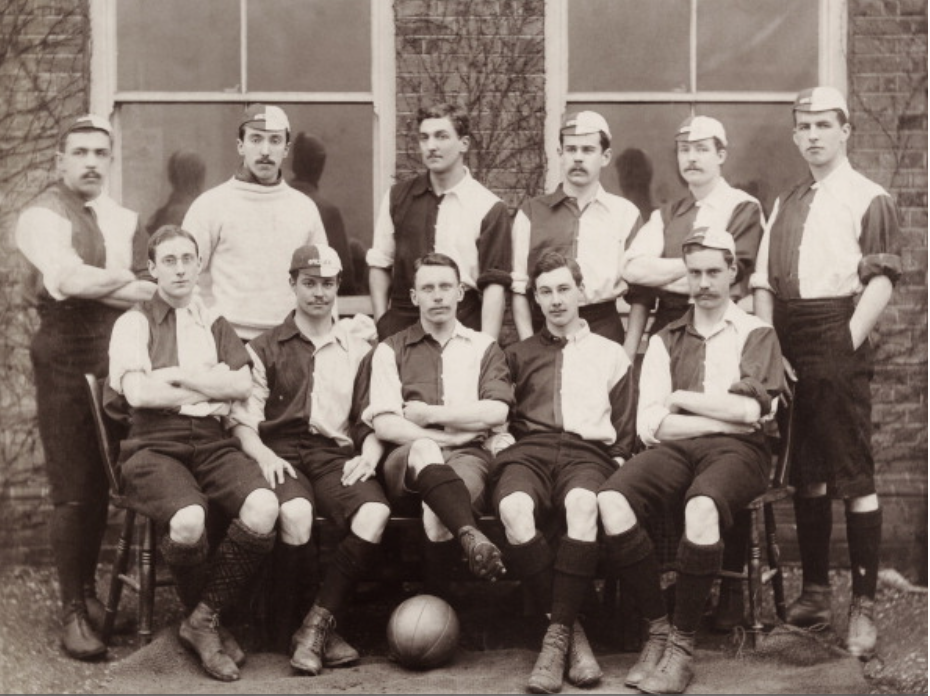 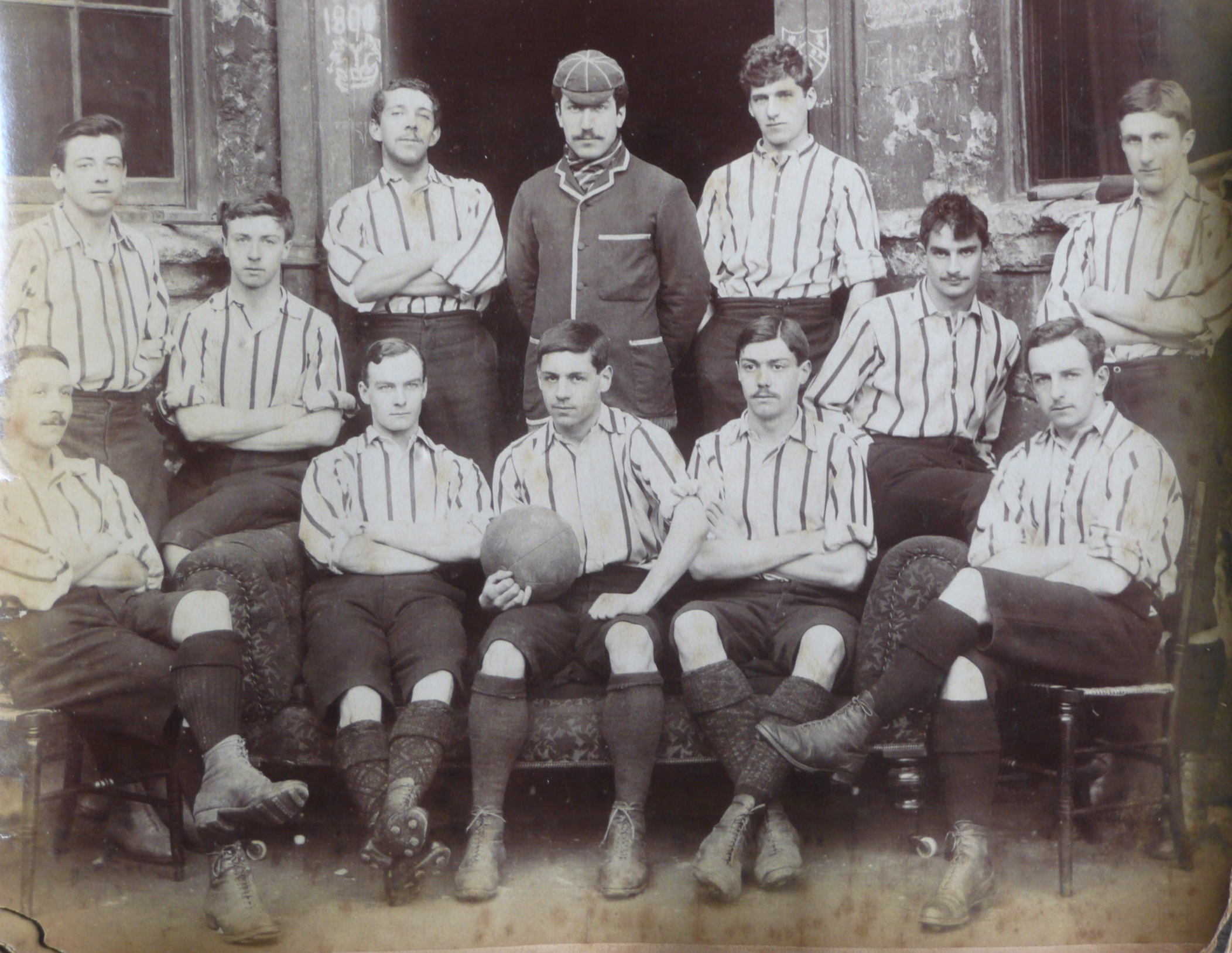 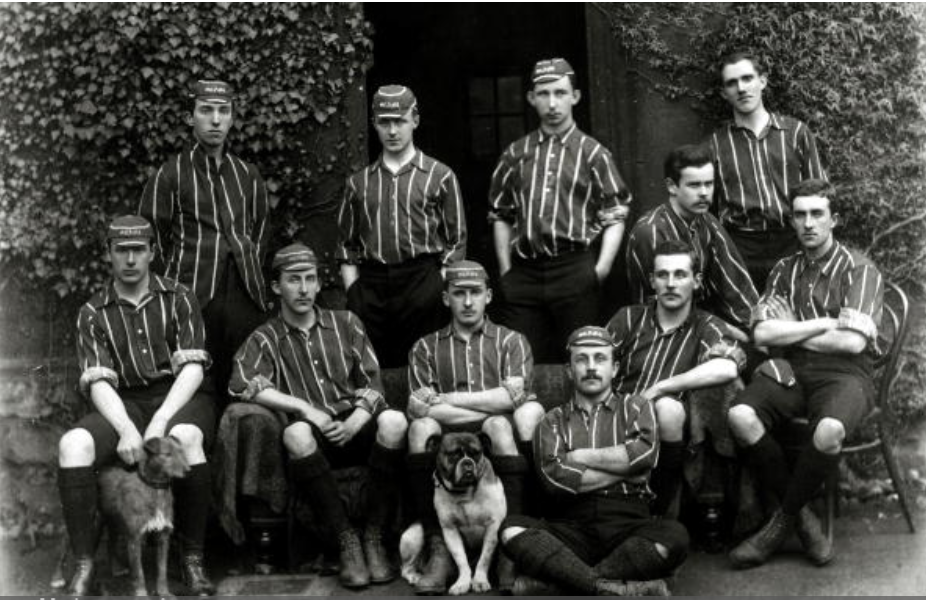 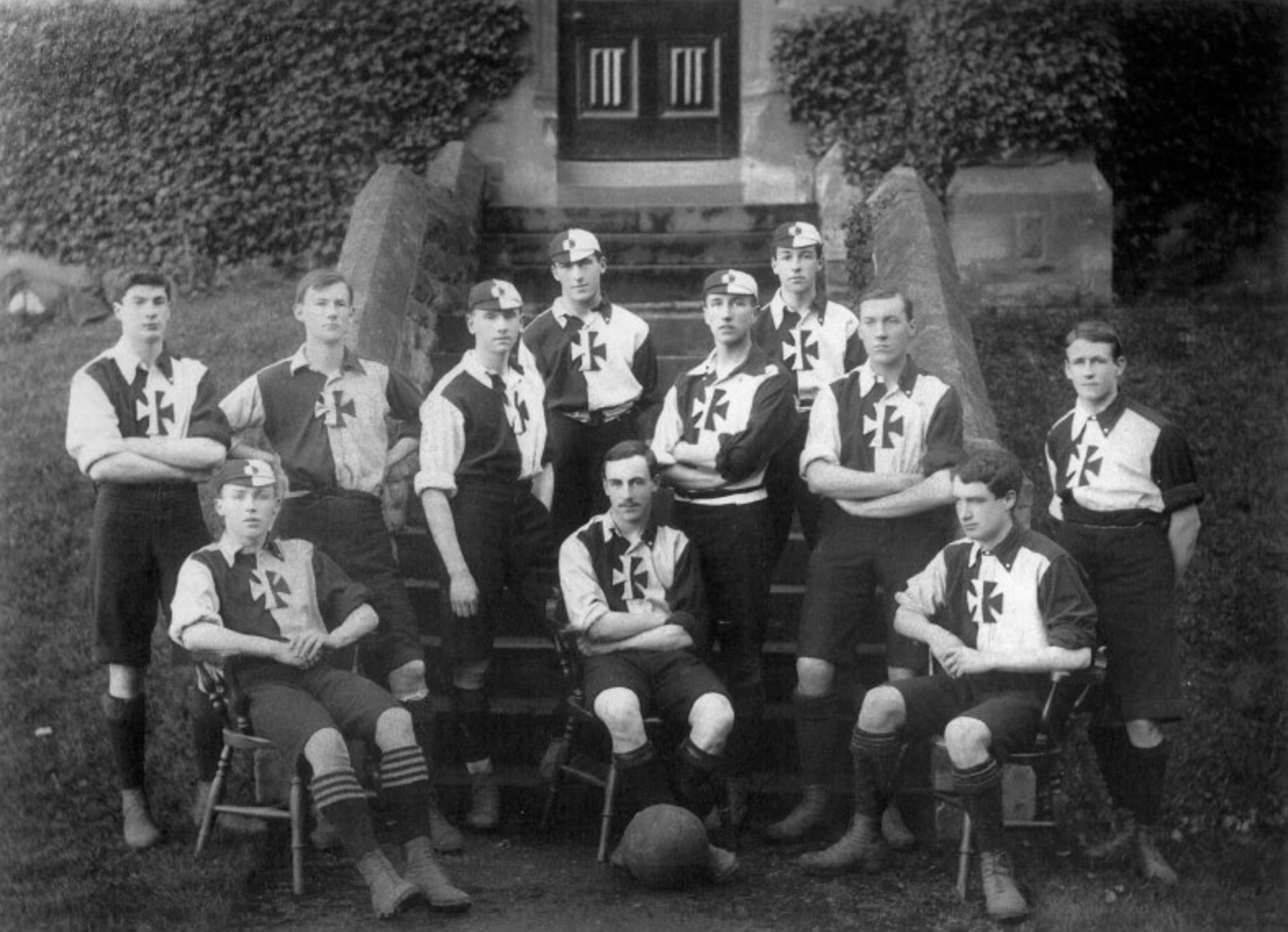 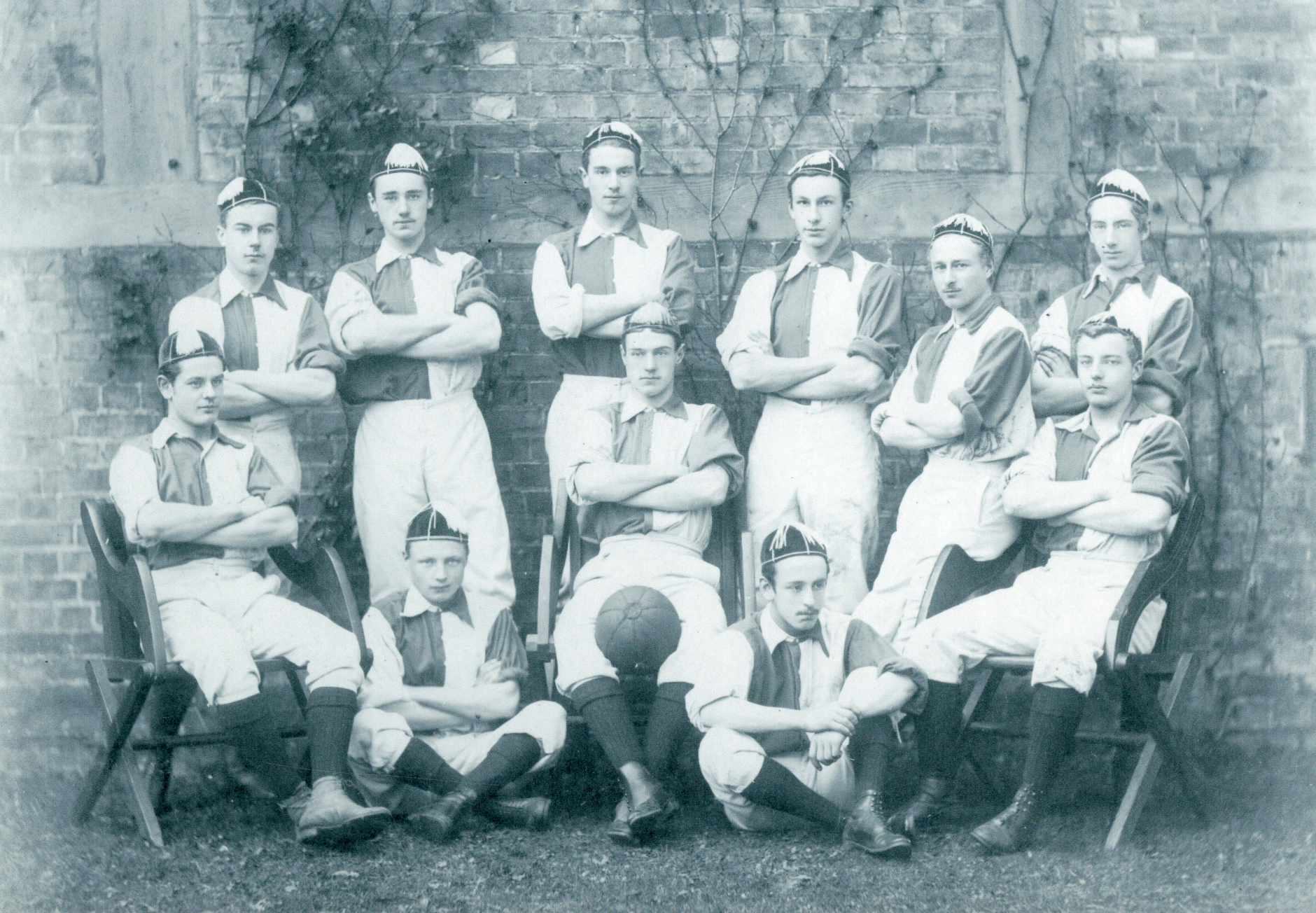