The first two schoolboy team photographs show the lads wearing the 8 pointed star on their shirts. 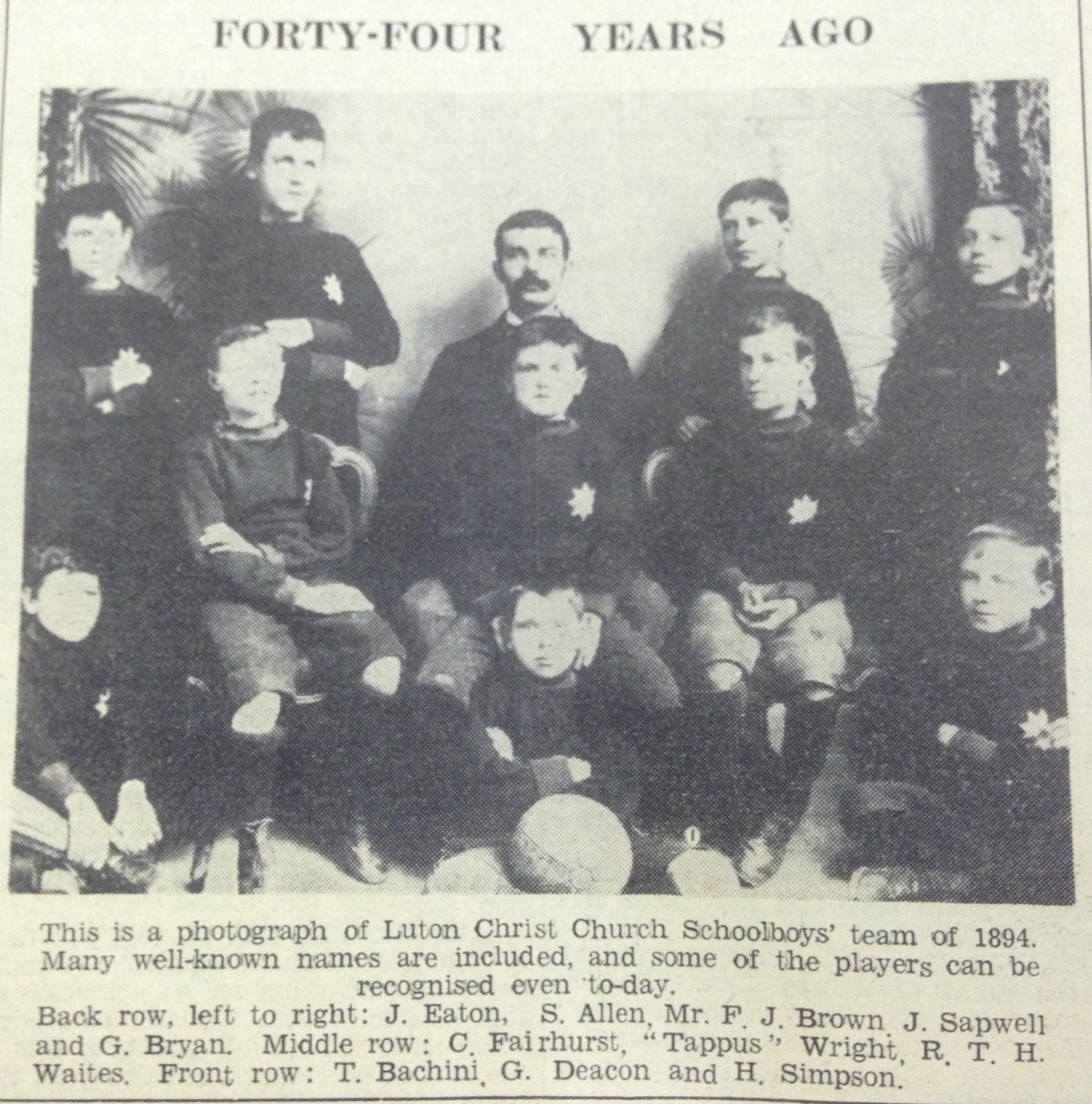 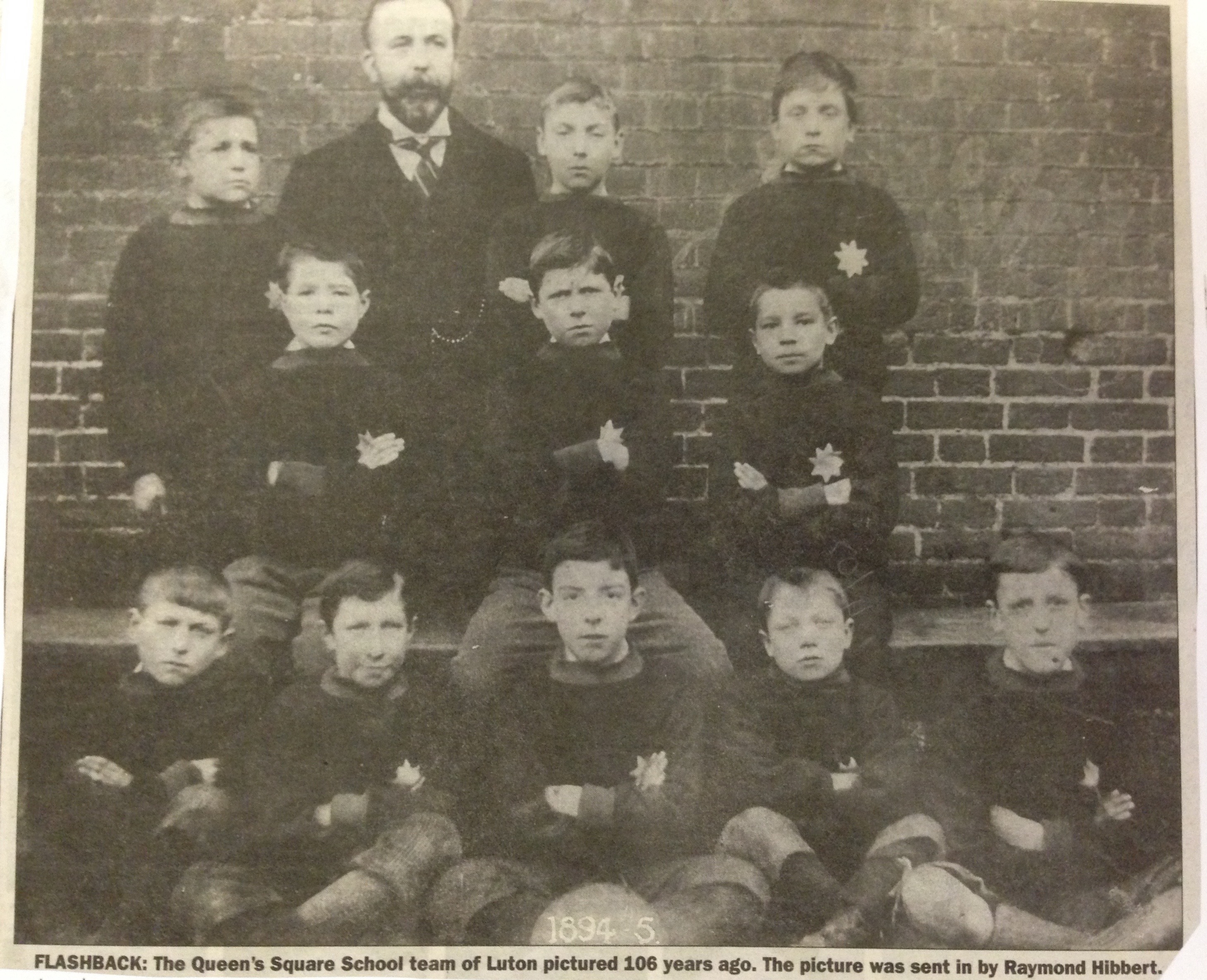 As the caption says, this is the Queen’s Square, Luton, school team of 1894/95.  Most of the lads are wearing their stern “playing faces.” 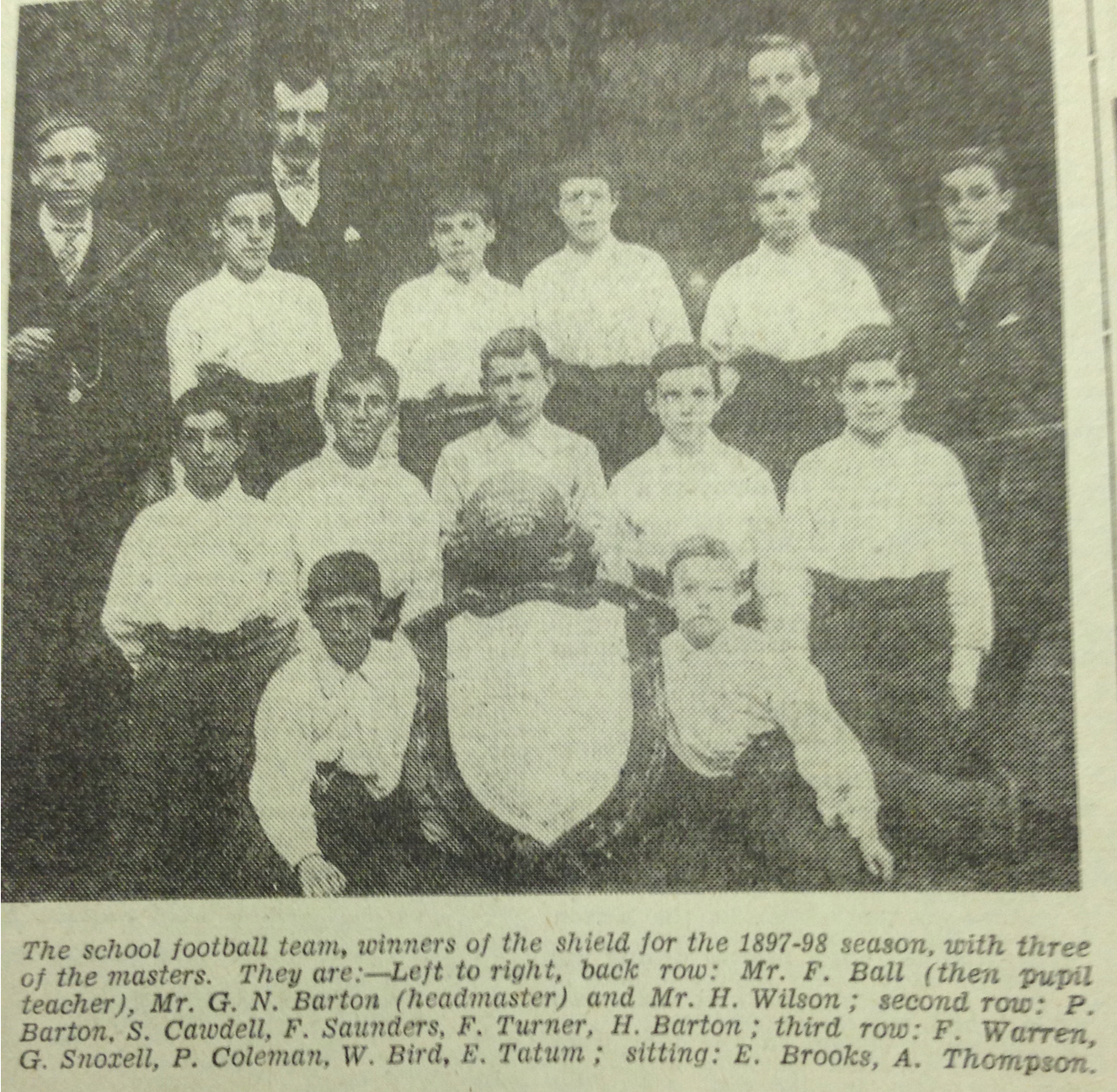 The St. Matthews, High Town, Luton, school team of 1897/98.  Some very familiar Luton names on the caption. I managed to locate the newspaper article that goes with the the photo from the Luton Times of the 24th June 1898. 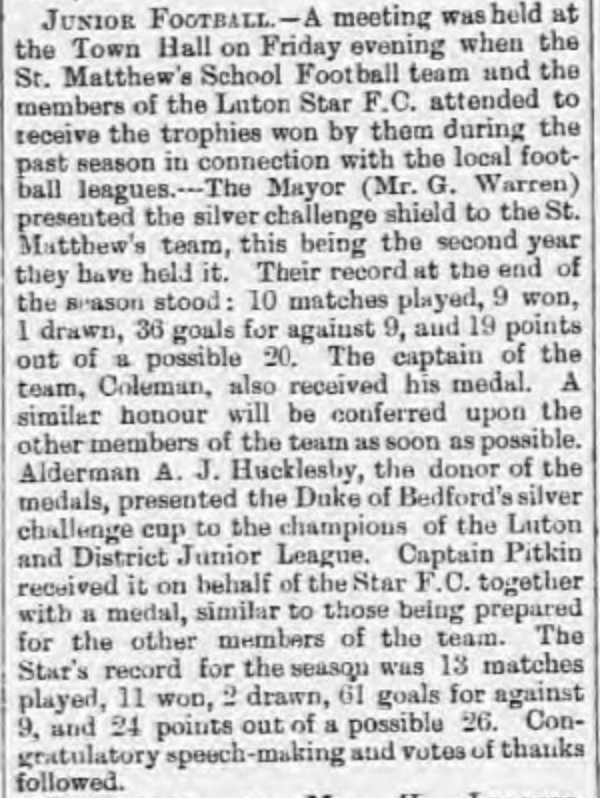 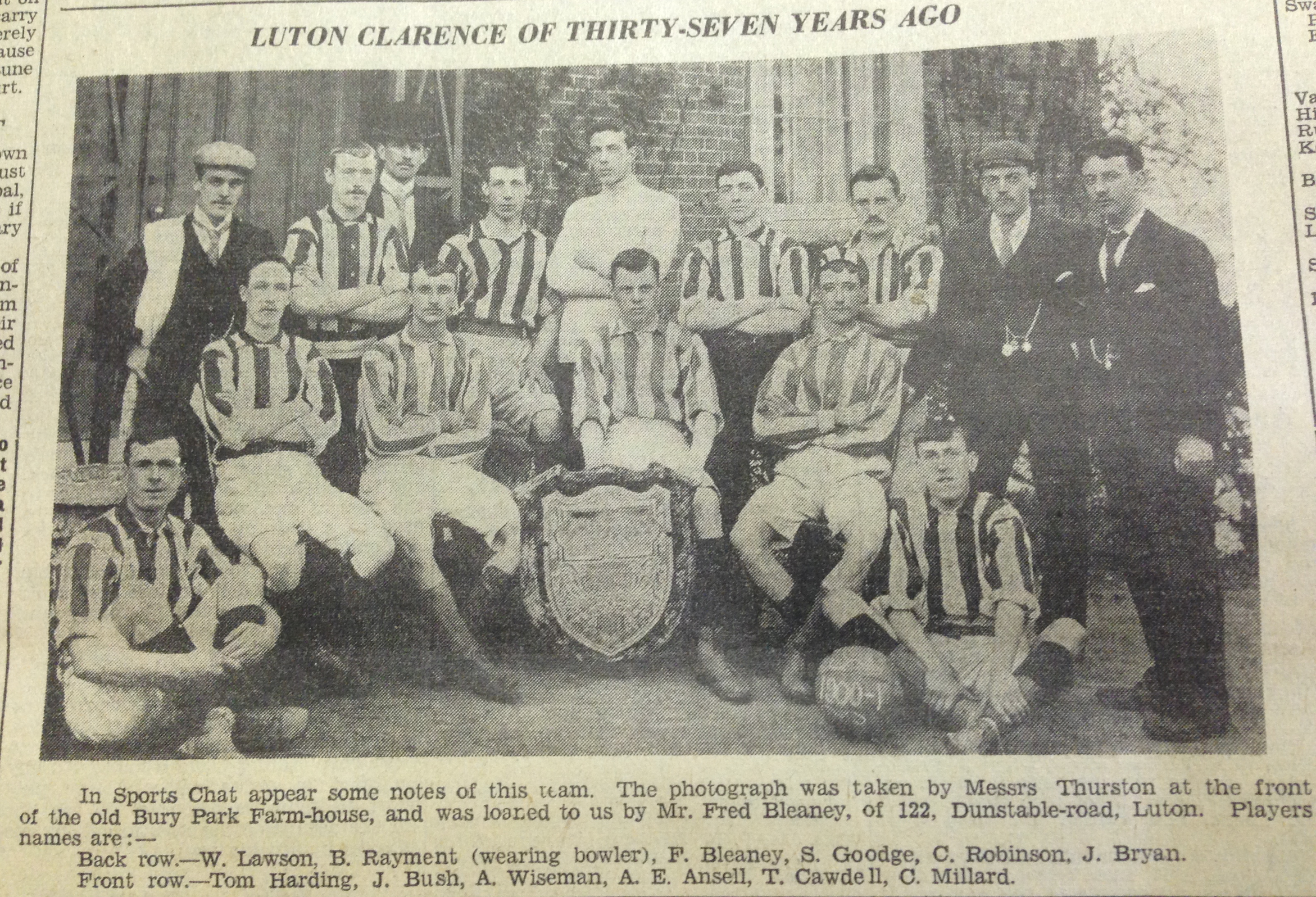