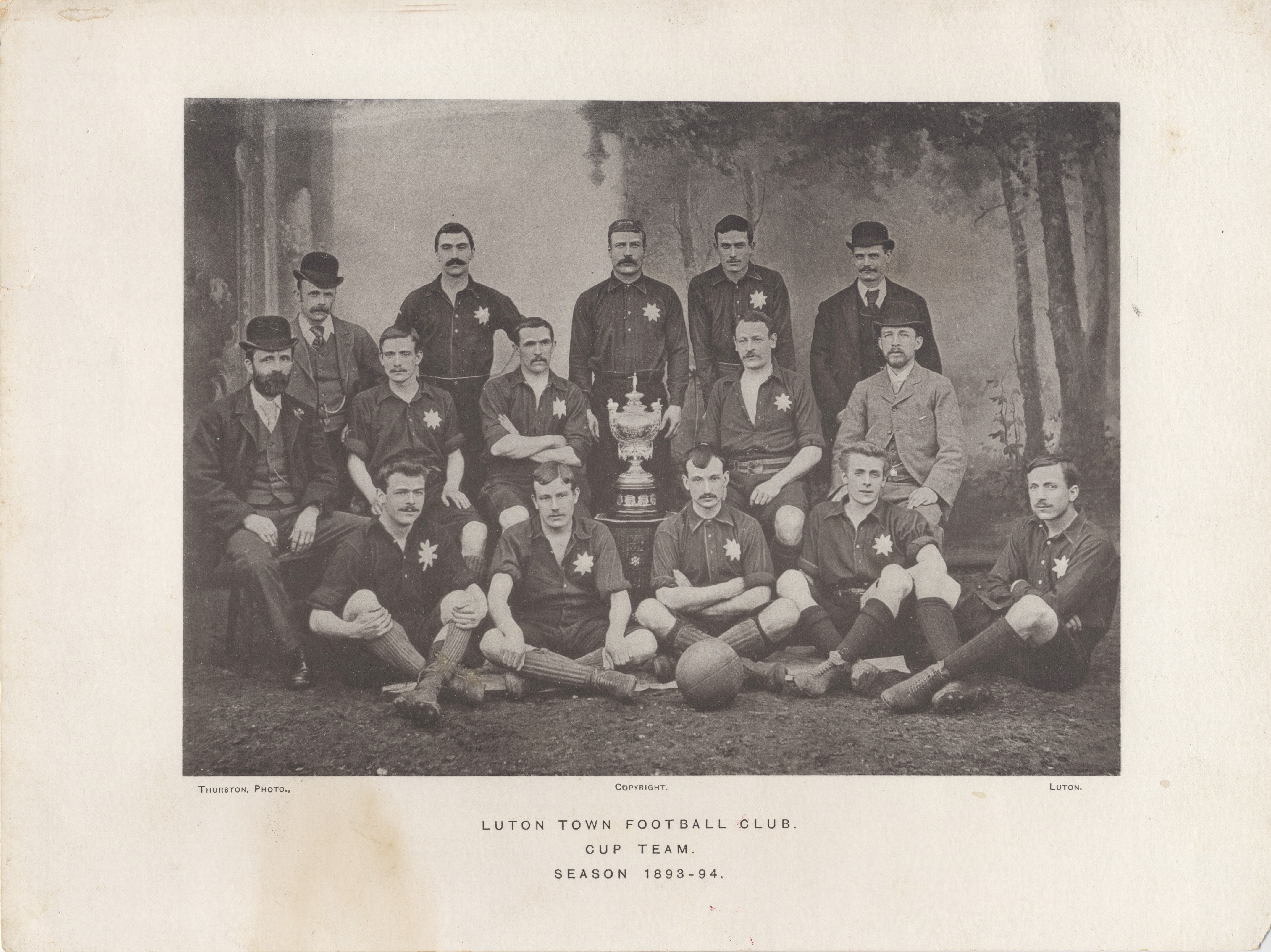 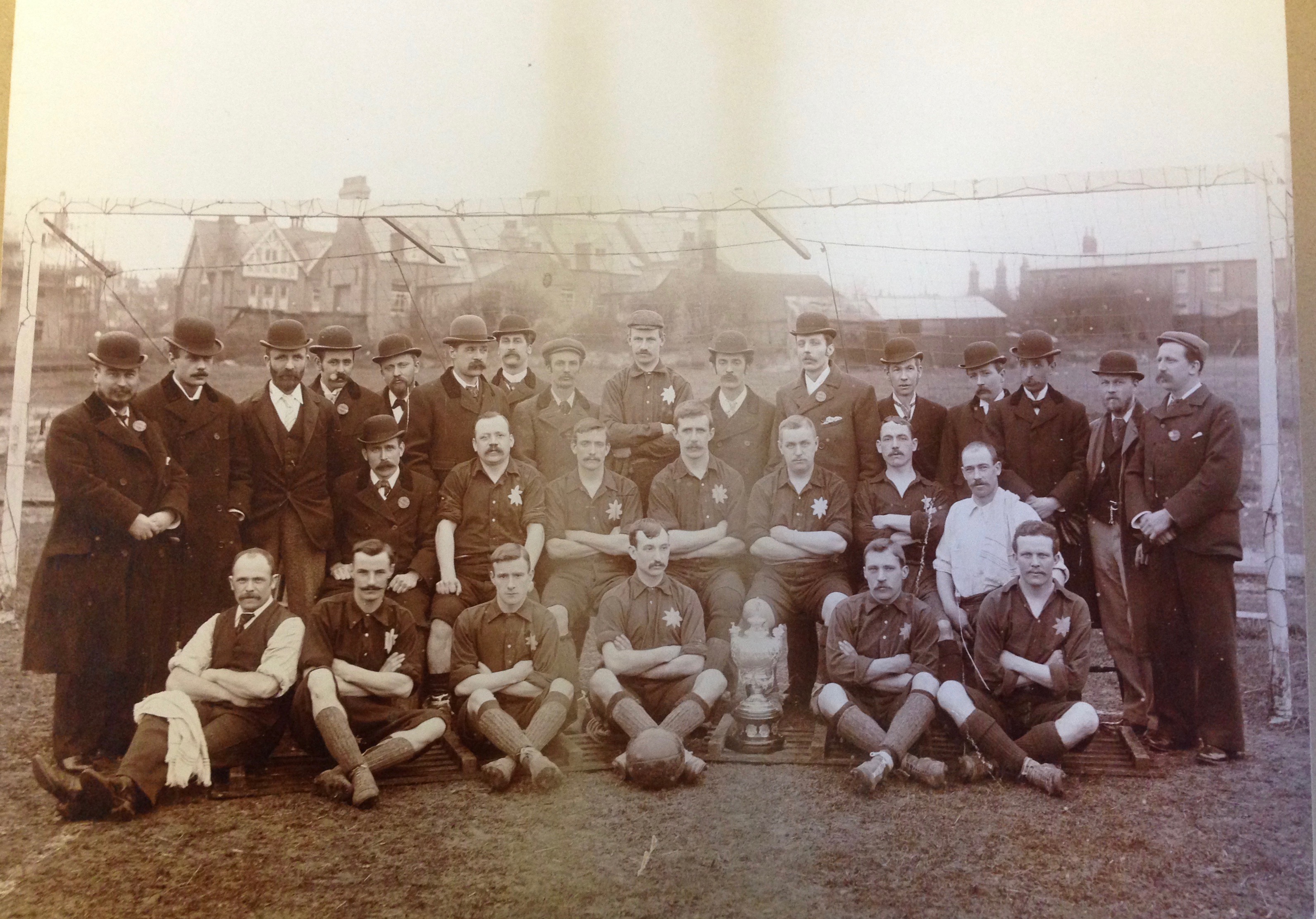 A close up reveals what a superb trophy it is. 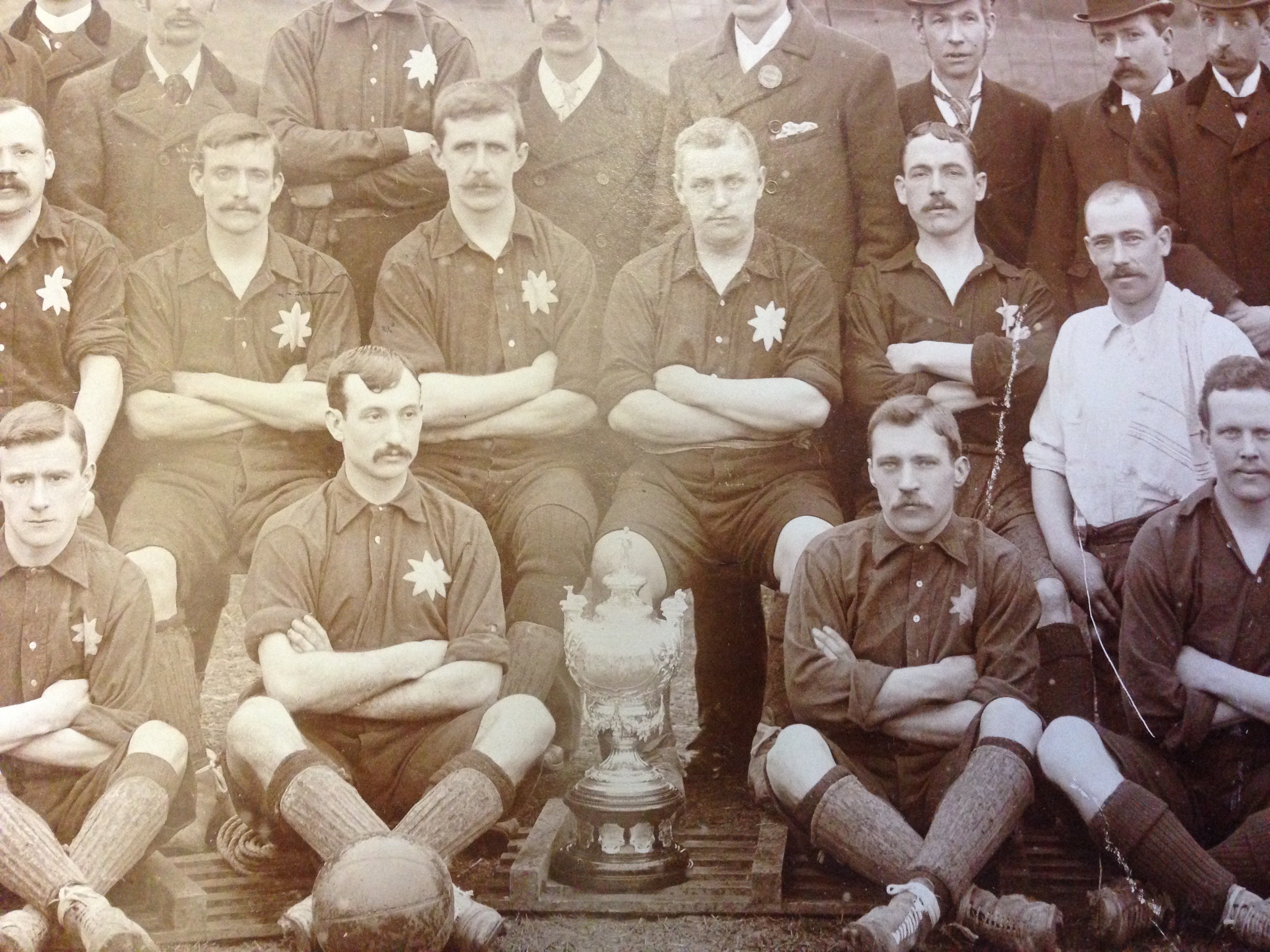 As the trophy is in the Luton Town trophy room, I took the opportunity of taking some snaps – apologies for the reflections of me.

In 1891 the trophy was described as

“a handsome trophy, and well worth winning.  It bears upon one side the name of the competition, and on the other a capitally executed illustration of a struggle on the football field.  The borough arms appear on a shield, and upon a couple of blocks at the sides are representations of a lion and a greyhound, these denoting strength and fleetness.  Over all appears the figure of Victory.” 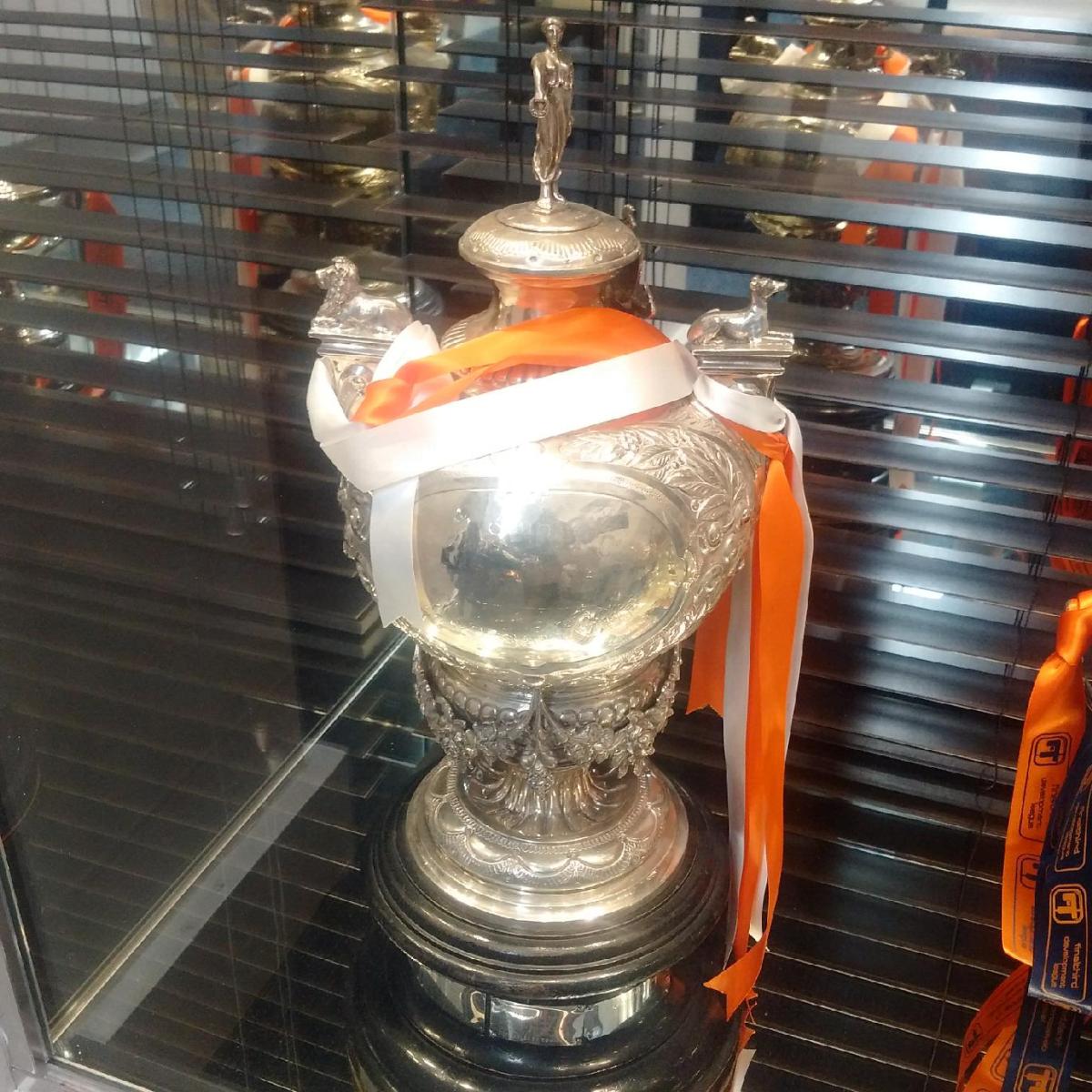 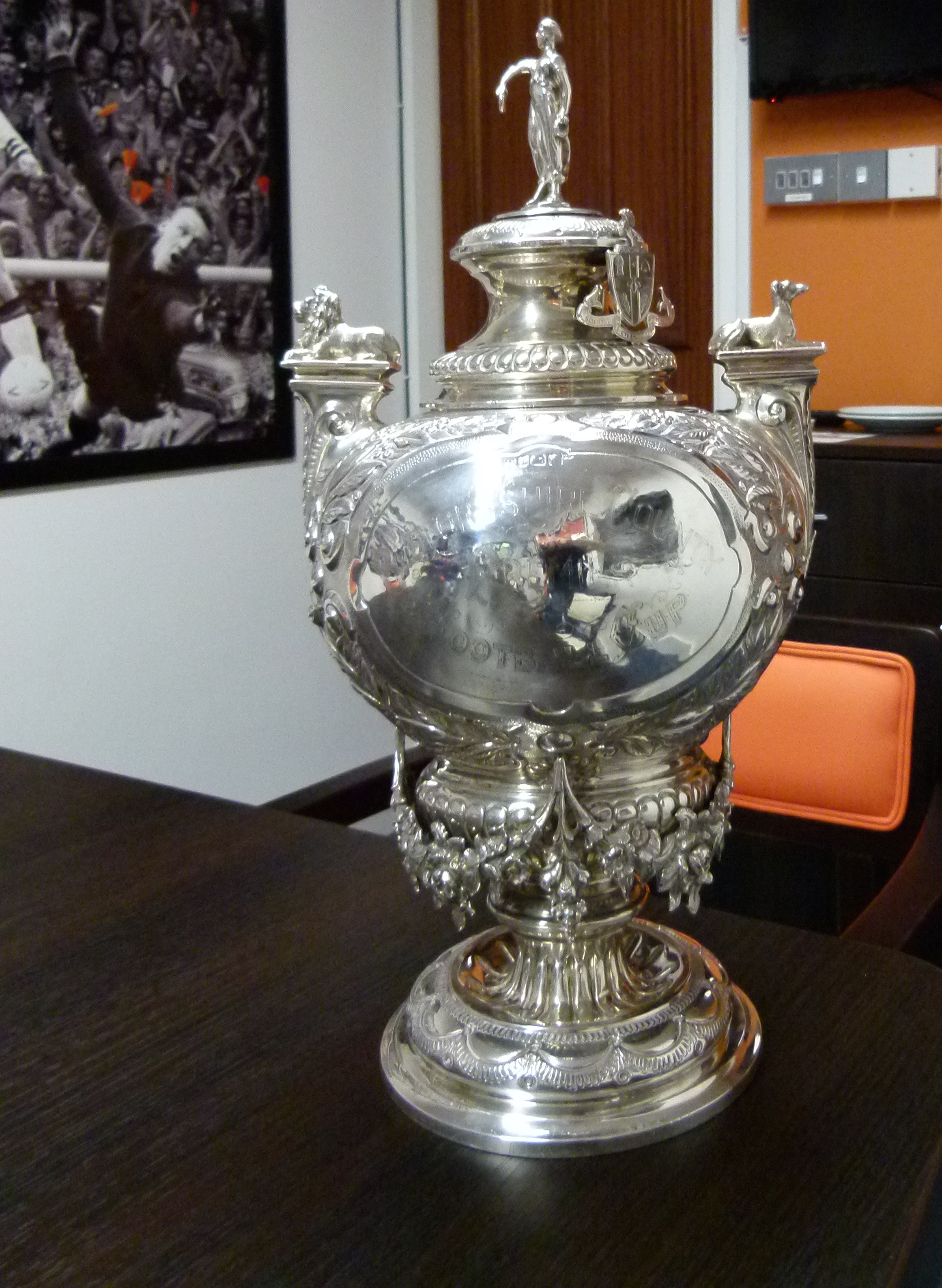 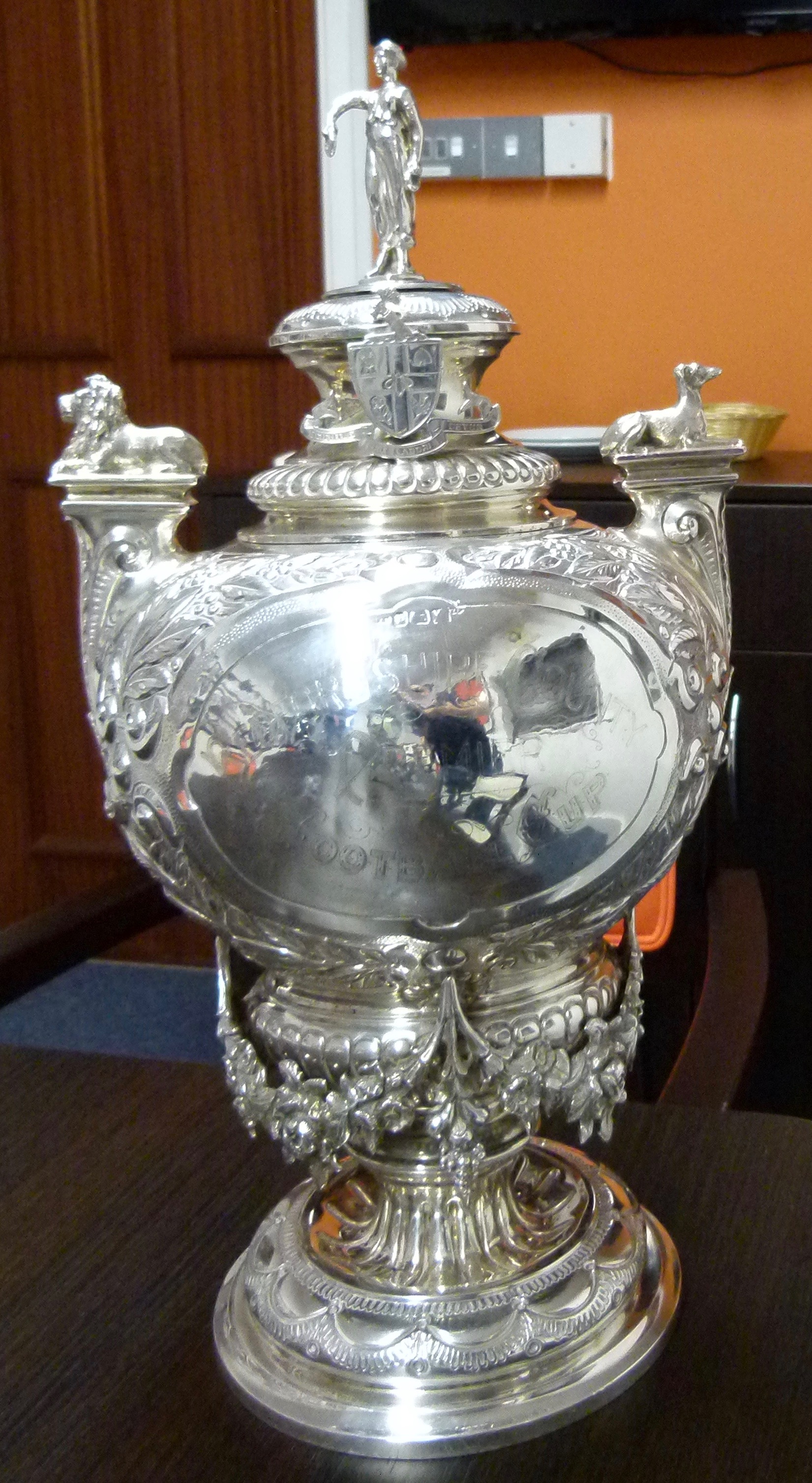 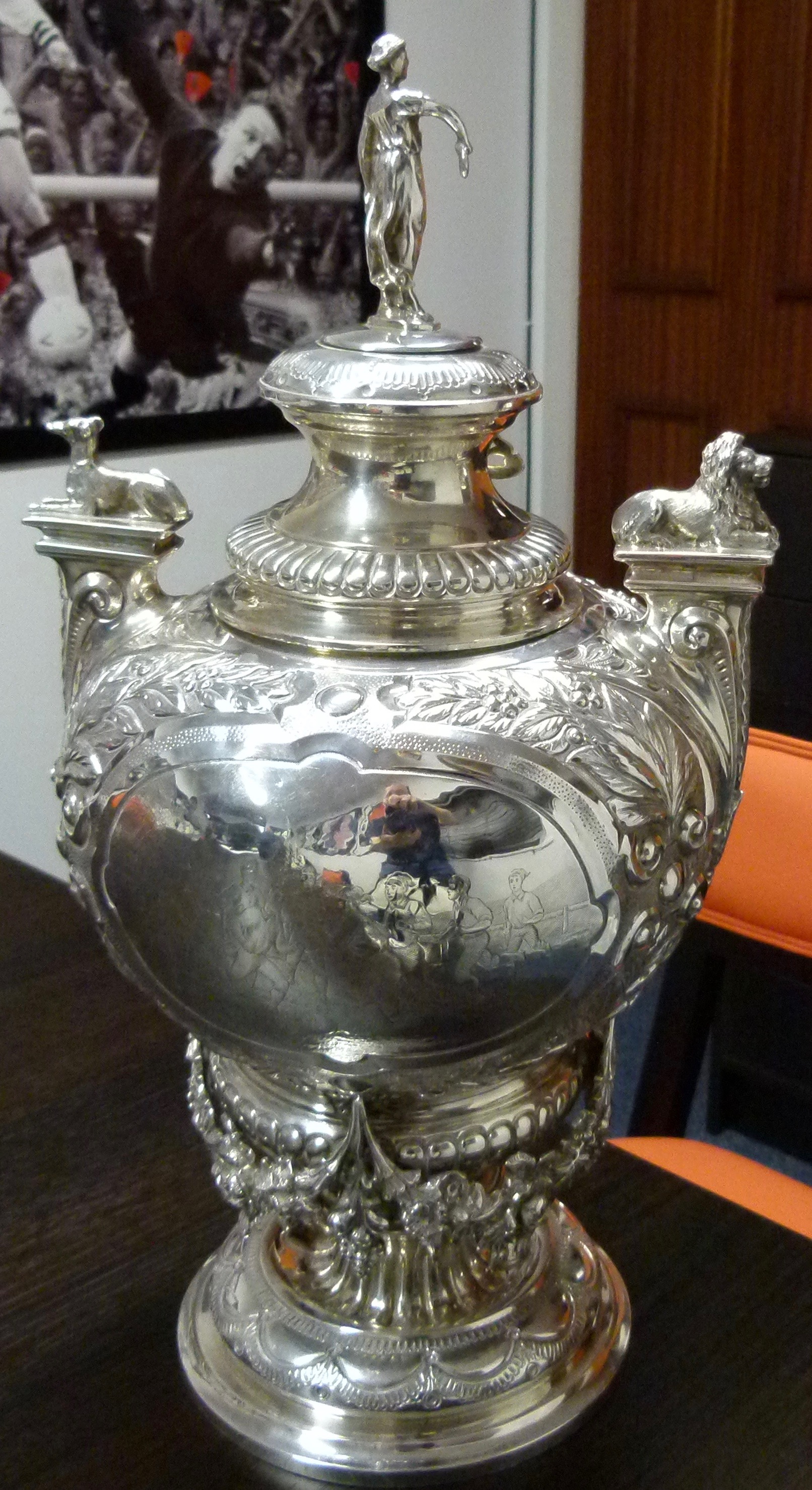 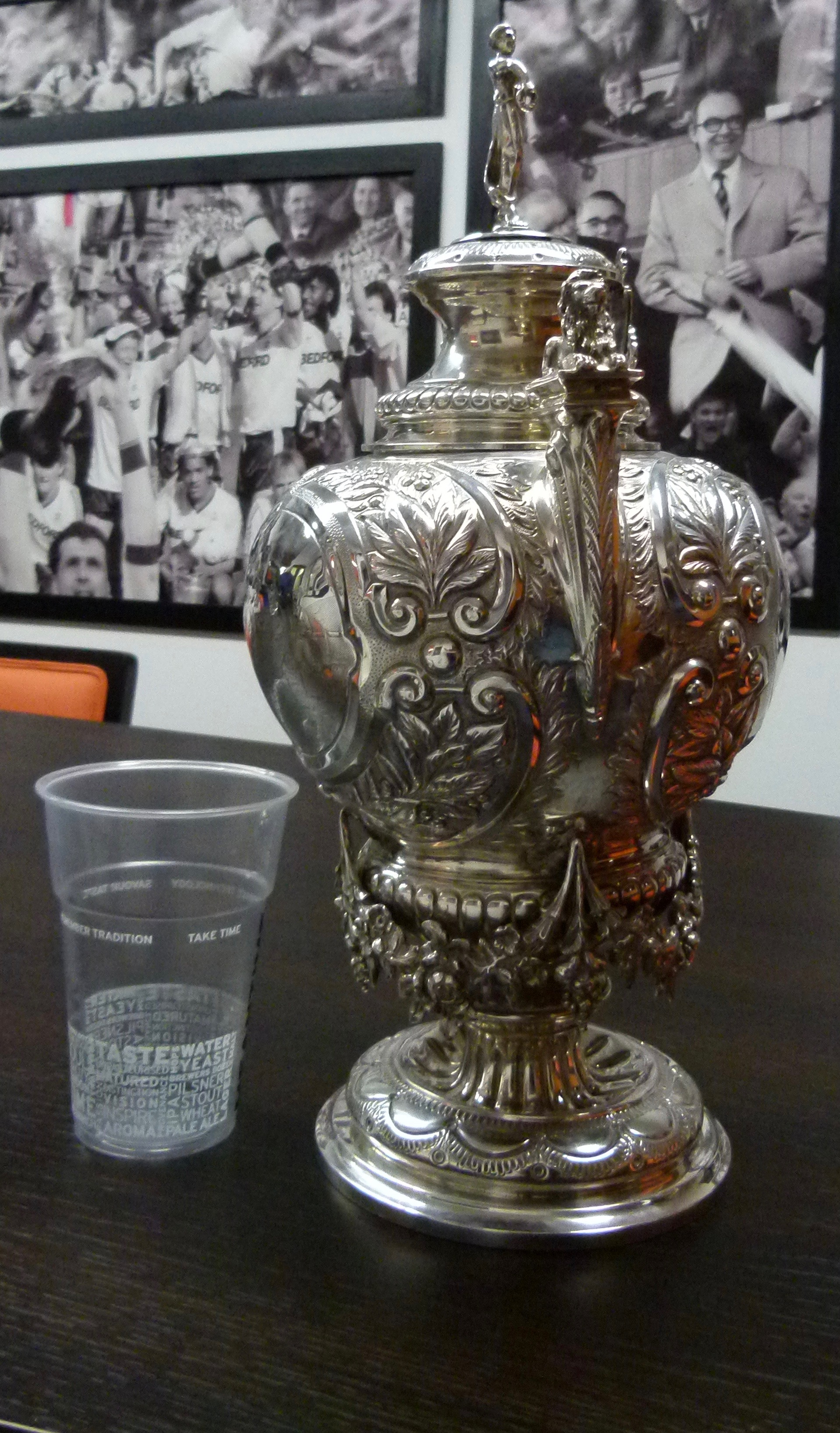 Pint glass for scale only 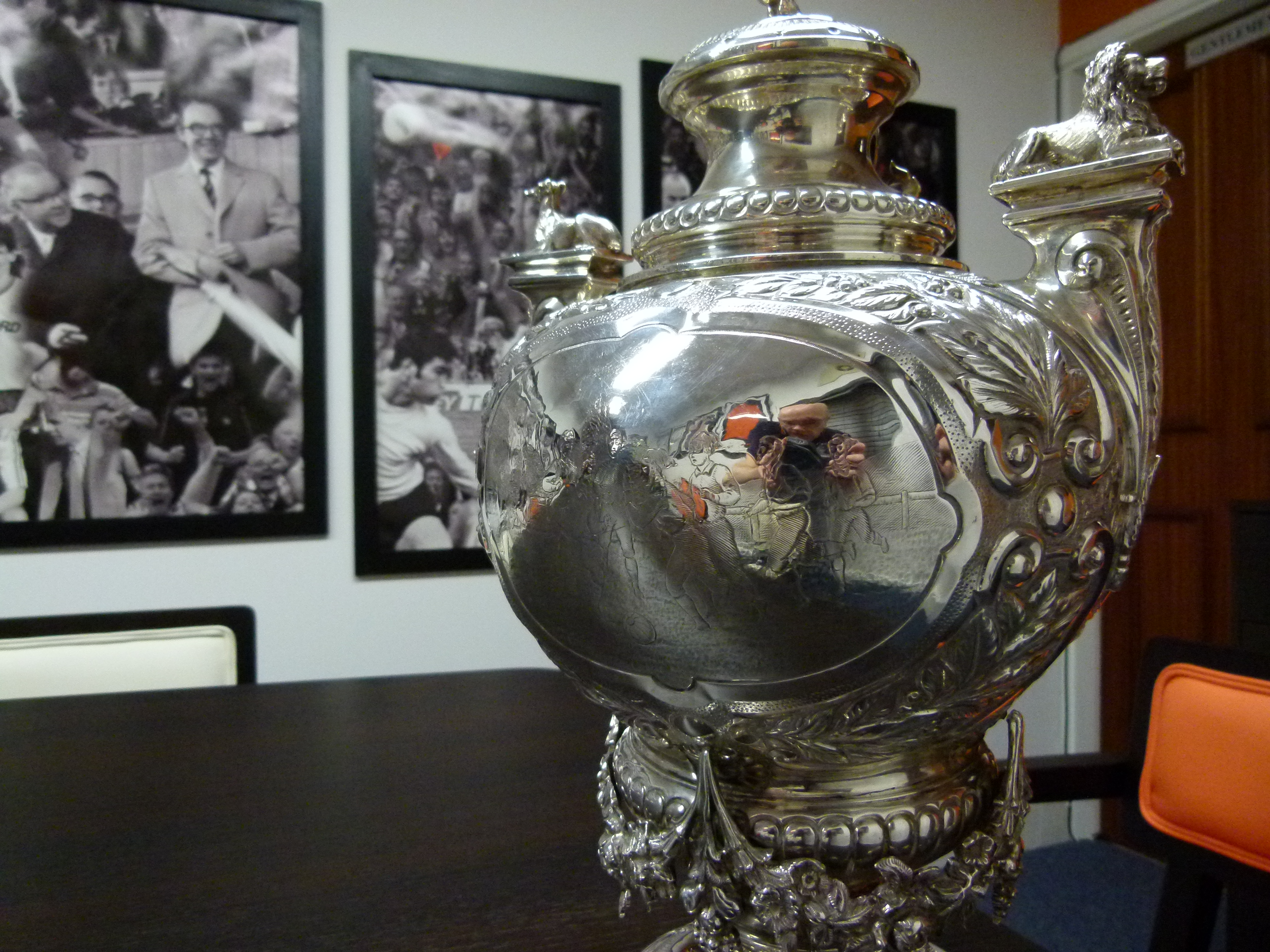 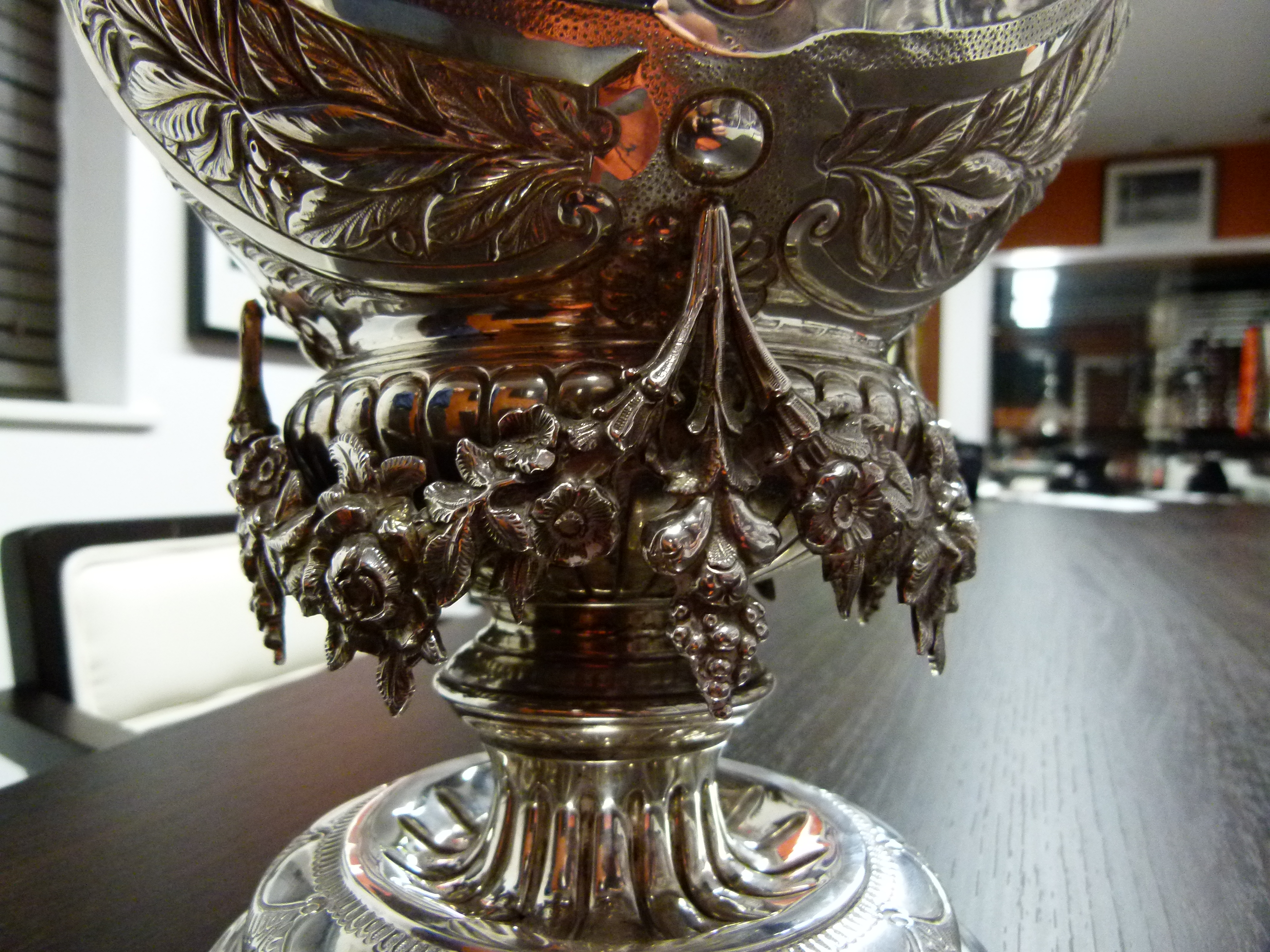 The trophy cost nearly £70 when it was made in 1890 by Vaughton’s of Birmingham.  I emailed Vaughton’s to find out more about the trophy.  I received a reply saying that they had been taken over and no longer had old records.  A few weeks later I was watching the Antiques Roadshow and someone said they contacted Vaughton’s to find out more about a medal but received the reply that the records were destroyed in World War Two…hmm. 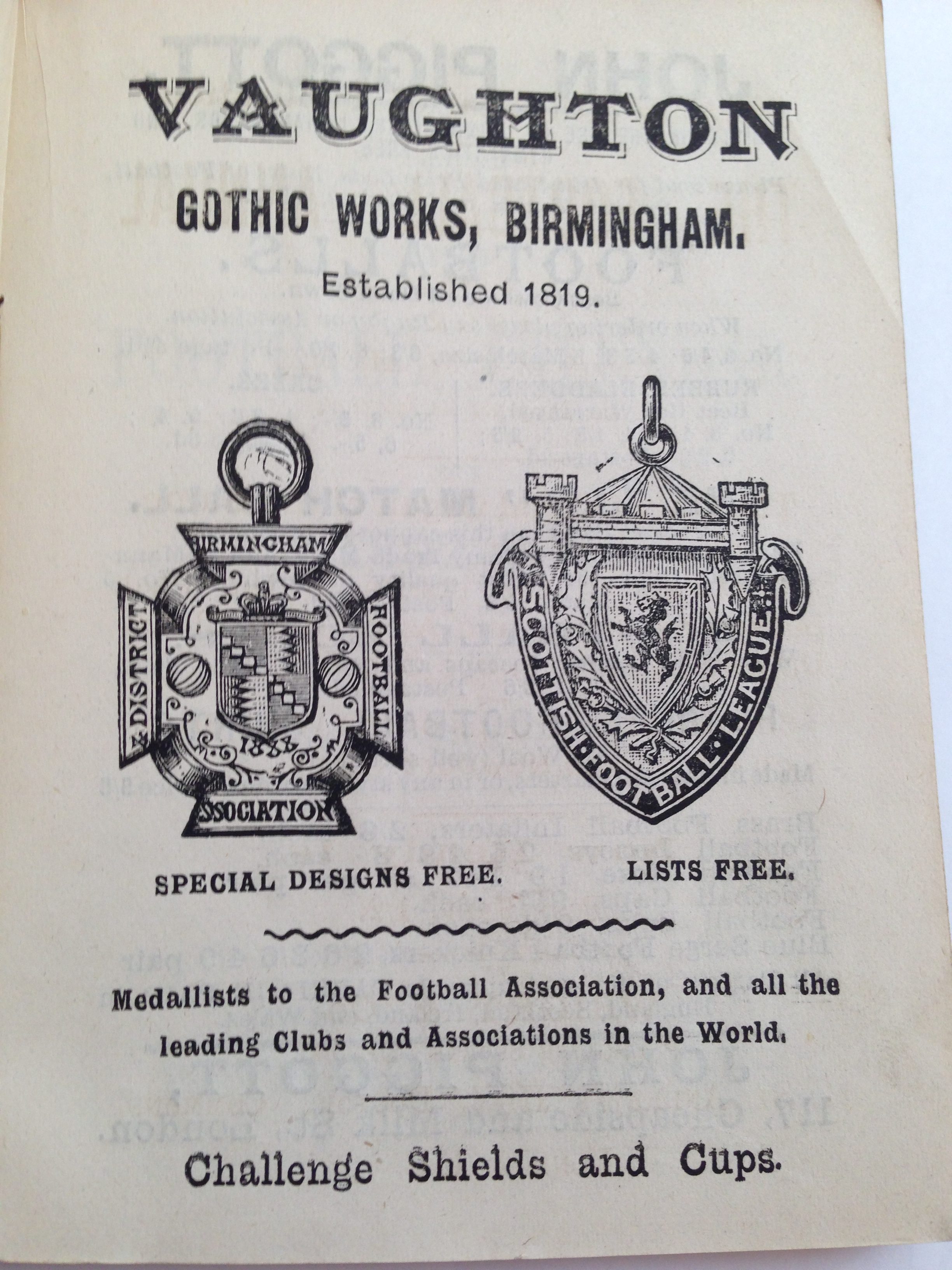 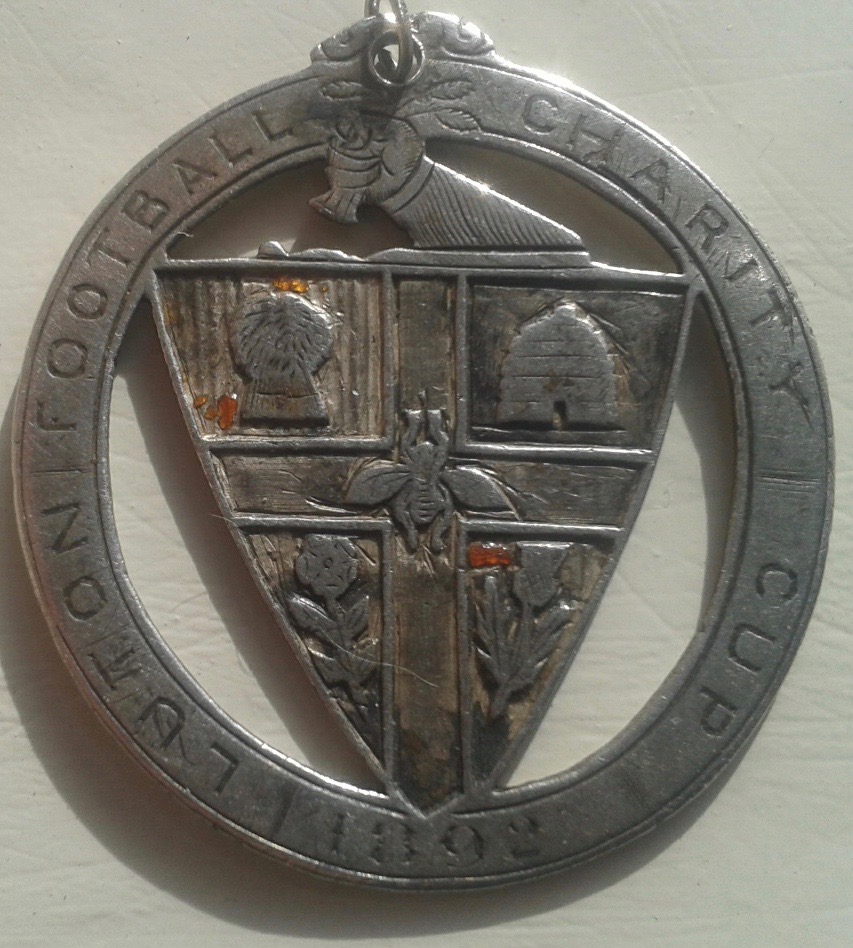 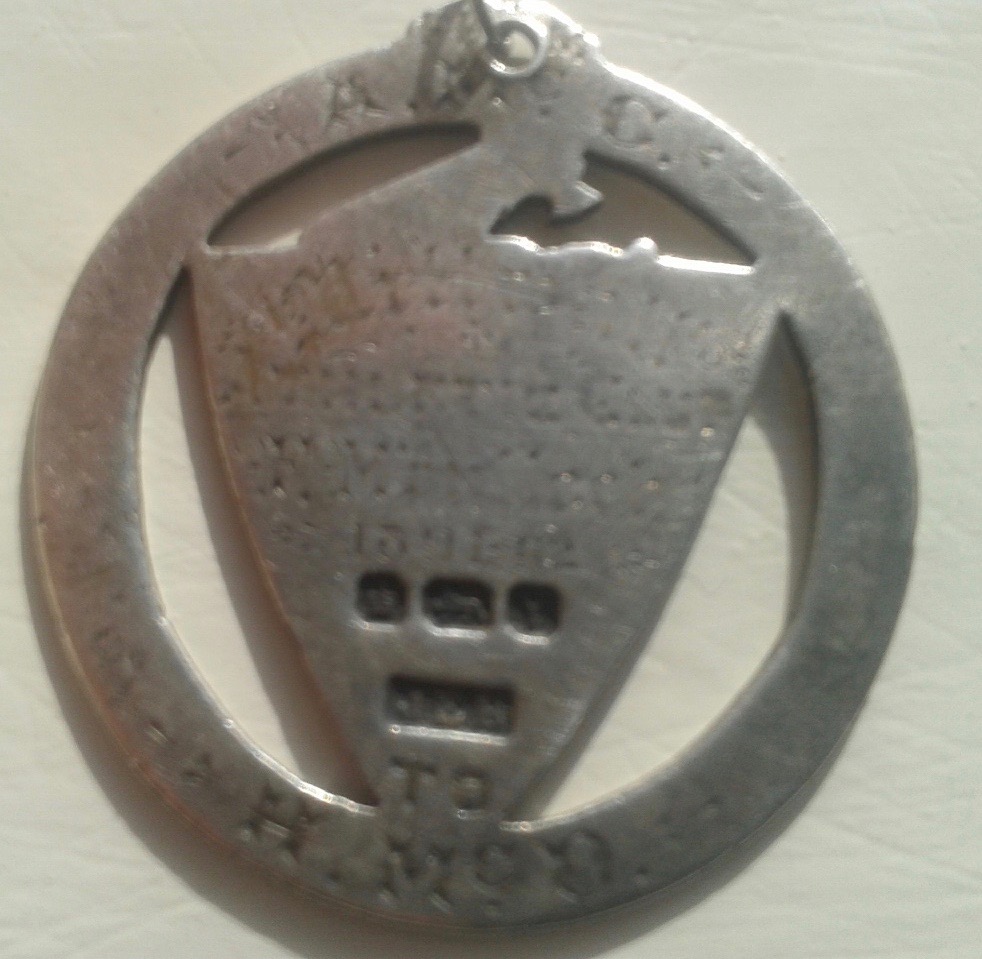 The above medal was won in 1892 by McCullough of Millwall Athletic. 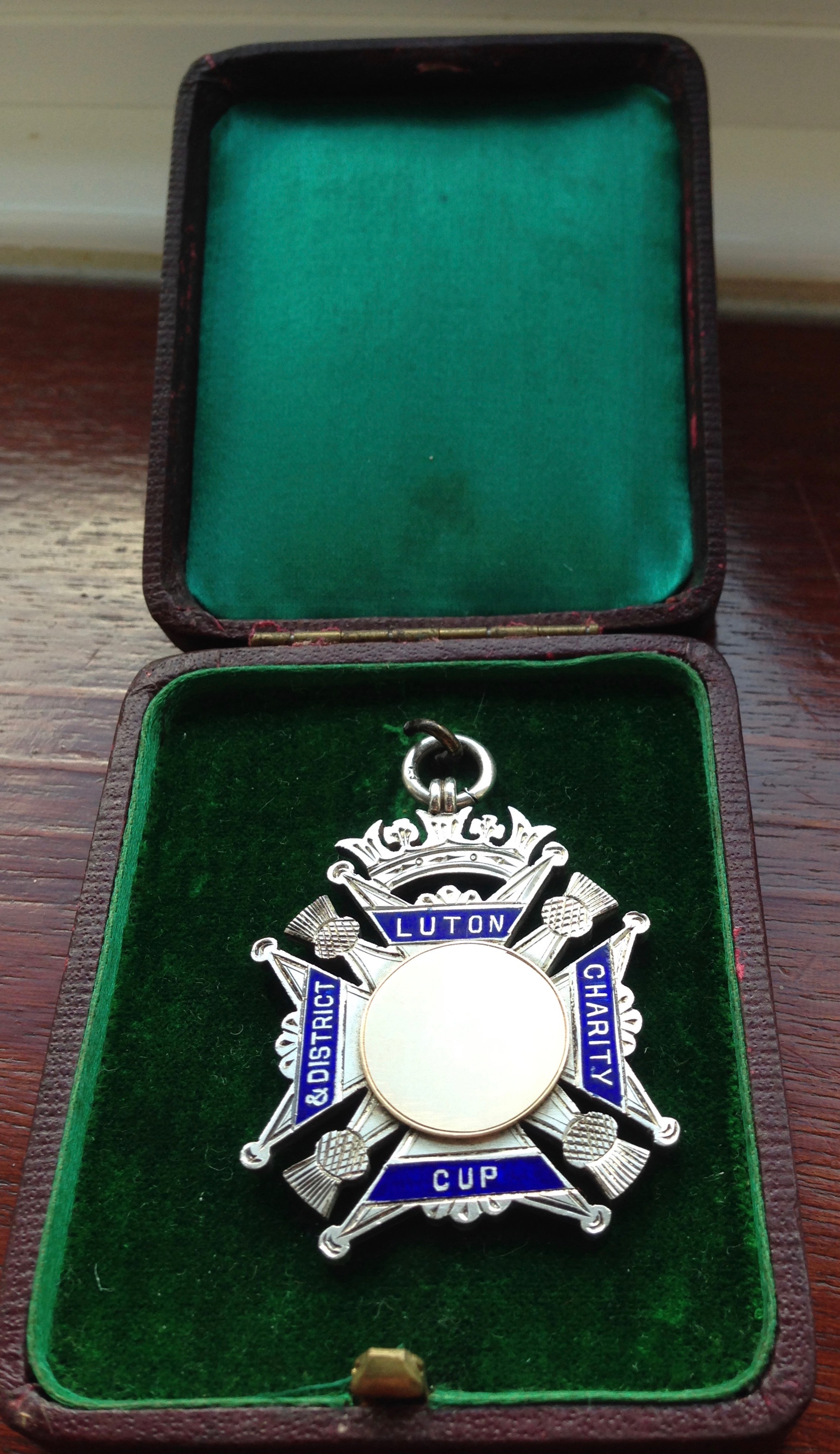 The above medal was awarded to Bailey of Rushden in 1894.  He is in the photo below of the great Rushden team of 1893 – back row fourth left.  The trophies are the Northamptonshire Senior Cup, the Kettering Charity Cup and the Luton Charity Cup. 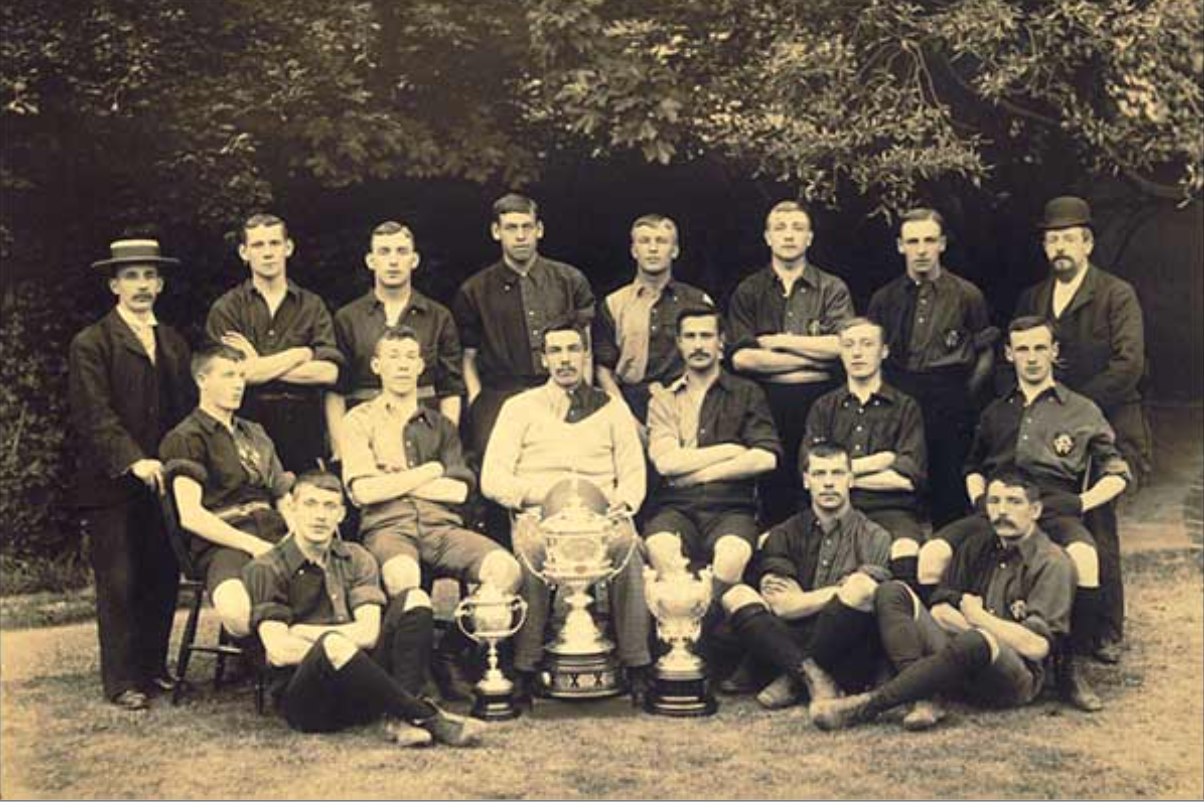 Luton Town won the Kettering Charity Cup in 1897, below is a winners medal from a year earlier. 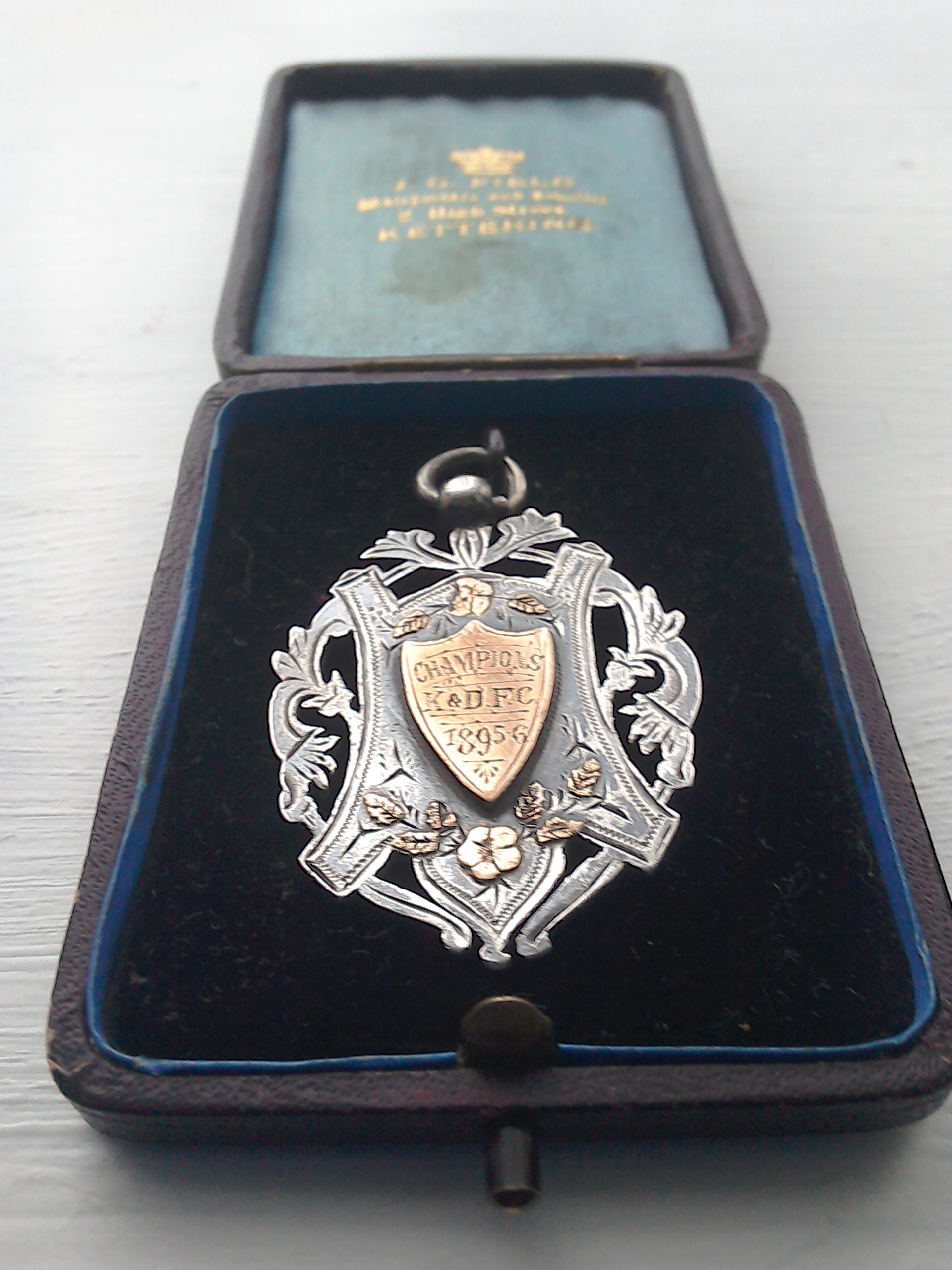 Luton Town won the United League in 1898 but no trophy was awarded.  This is Fred Ekins medal – 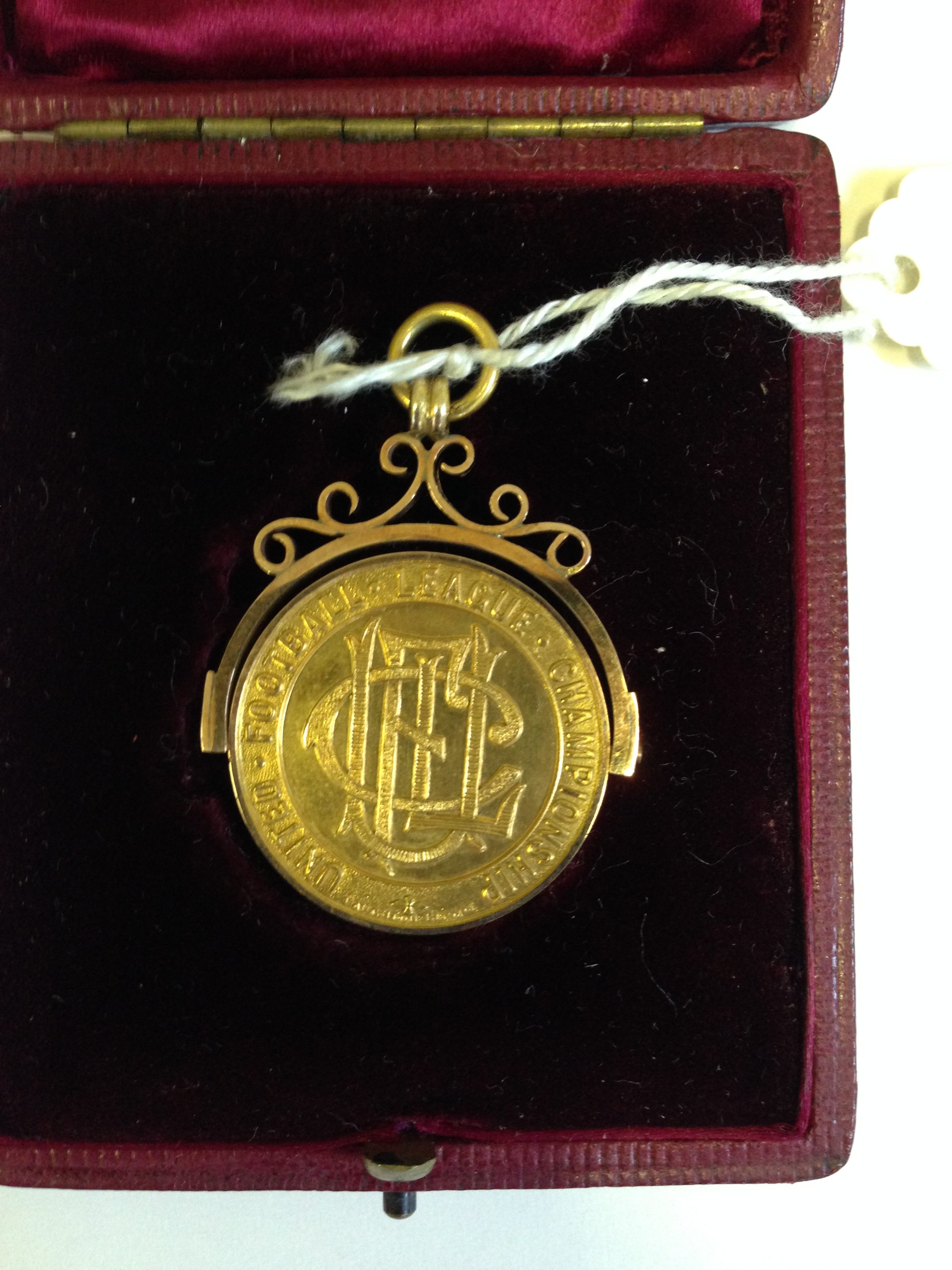 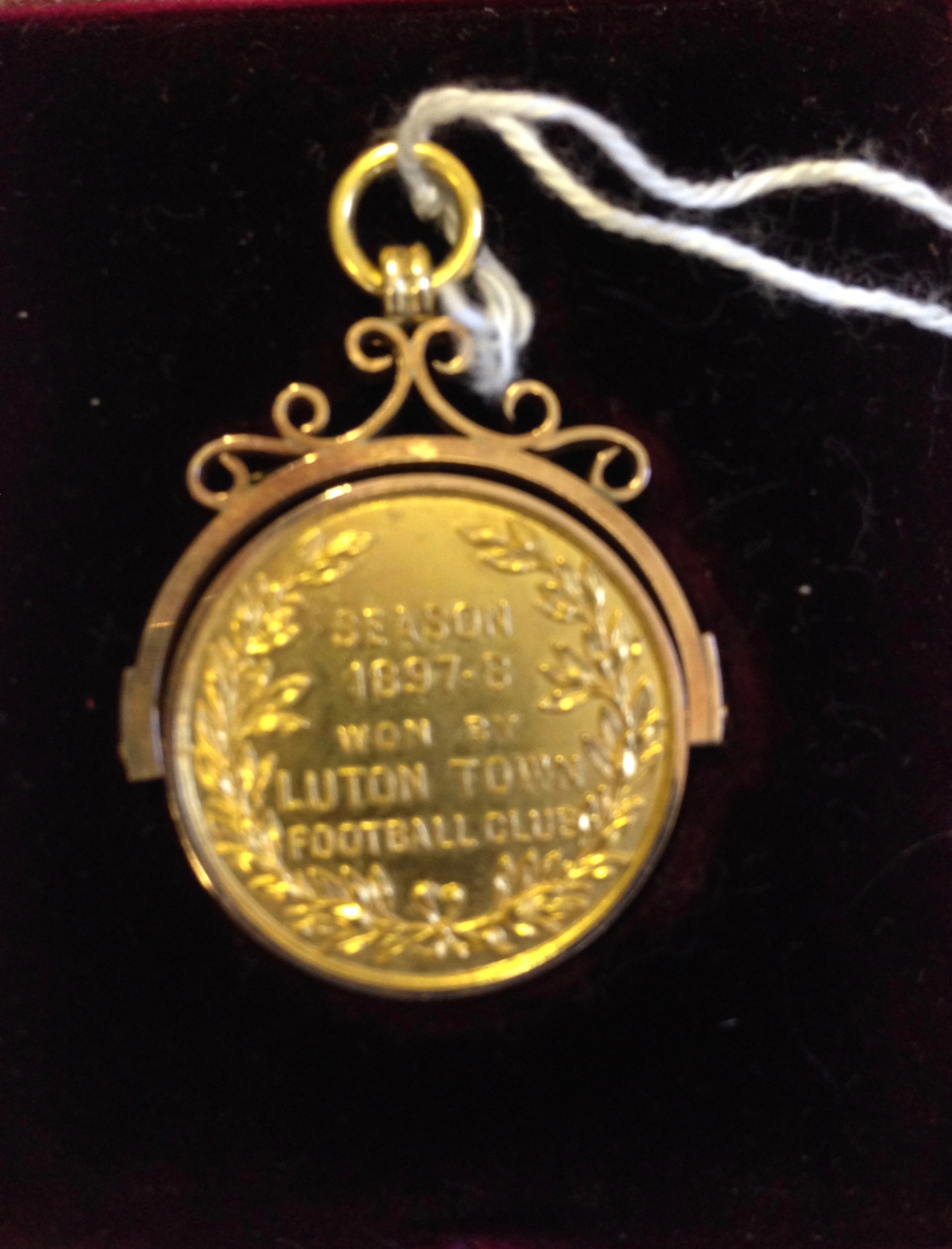 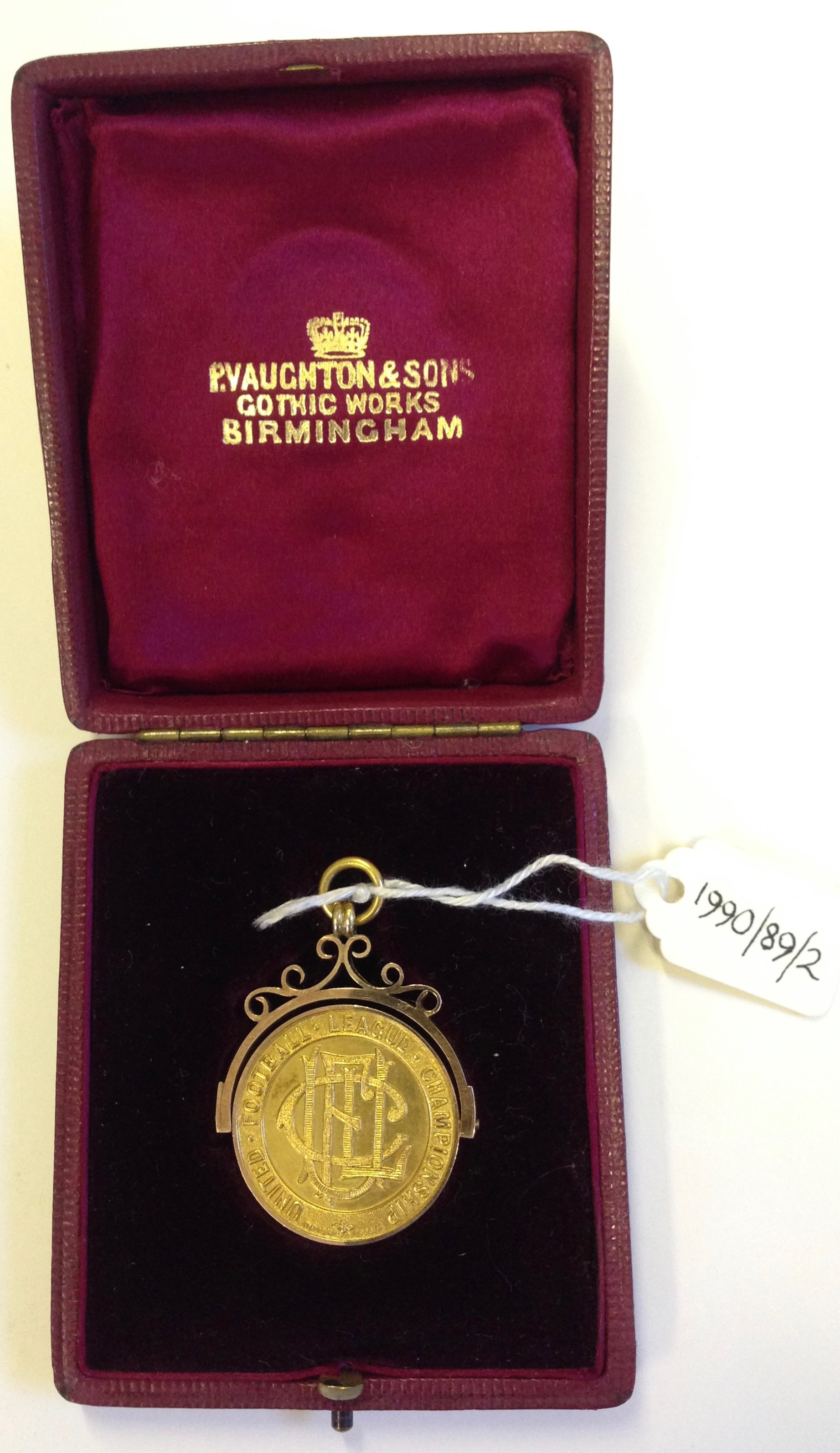 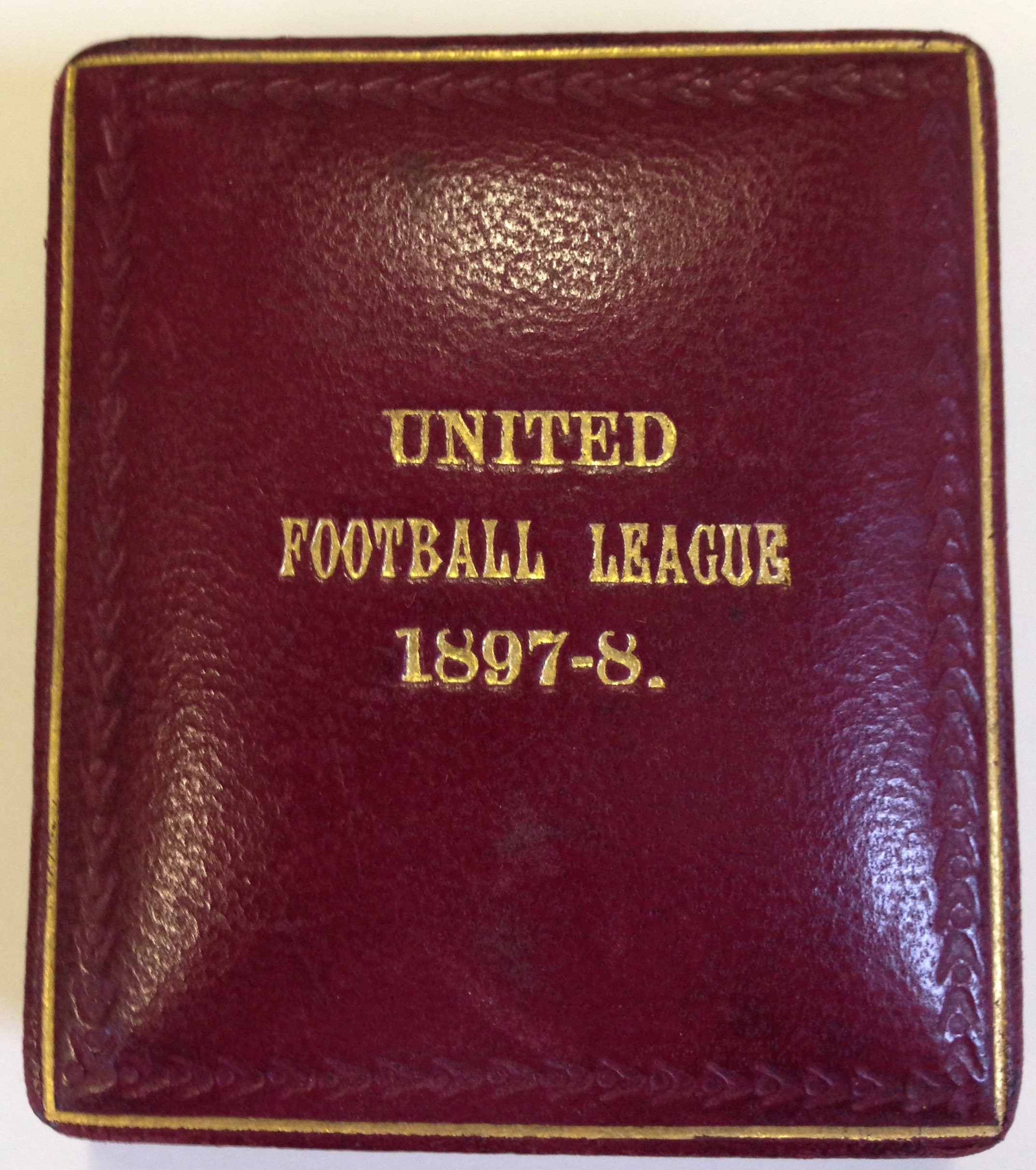 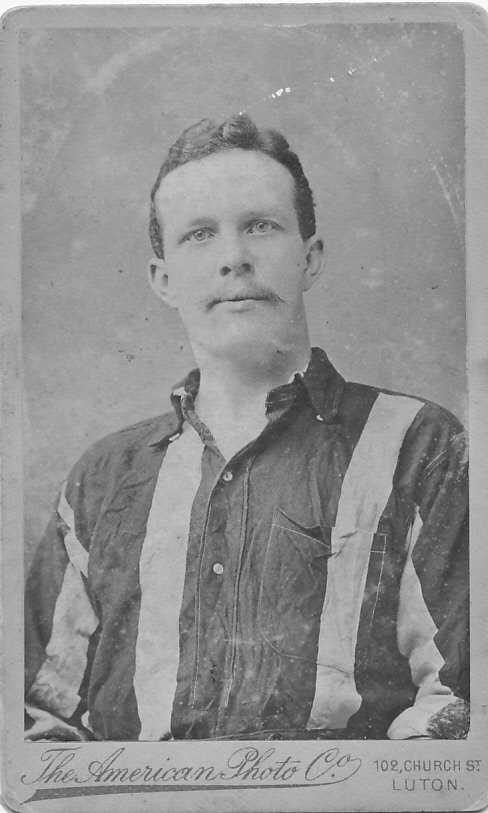 Finally, here is the very first Bedfordshire County Cup medal which was awarded to Arthur Holey Taylor in 1895.  Although he retired from first team foot ball he led the reserves to victory in that inaugural season.  Professionals were banned from the competition at the 1895 AGM. 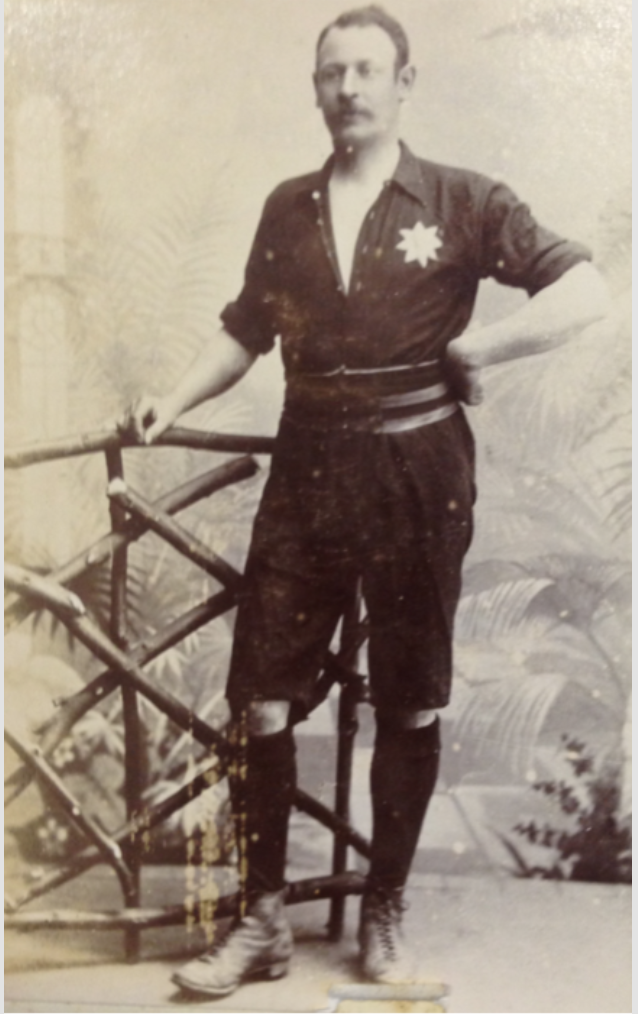 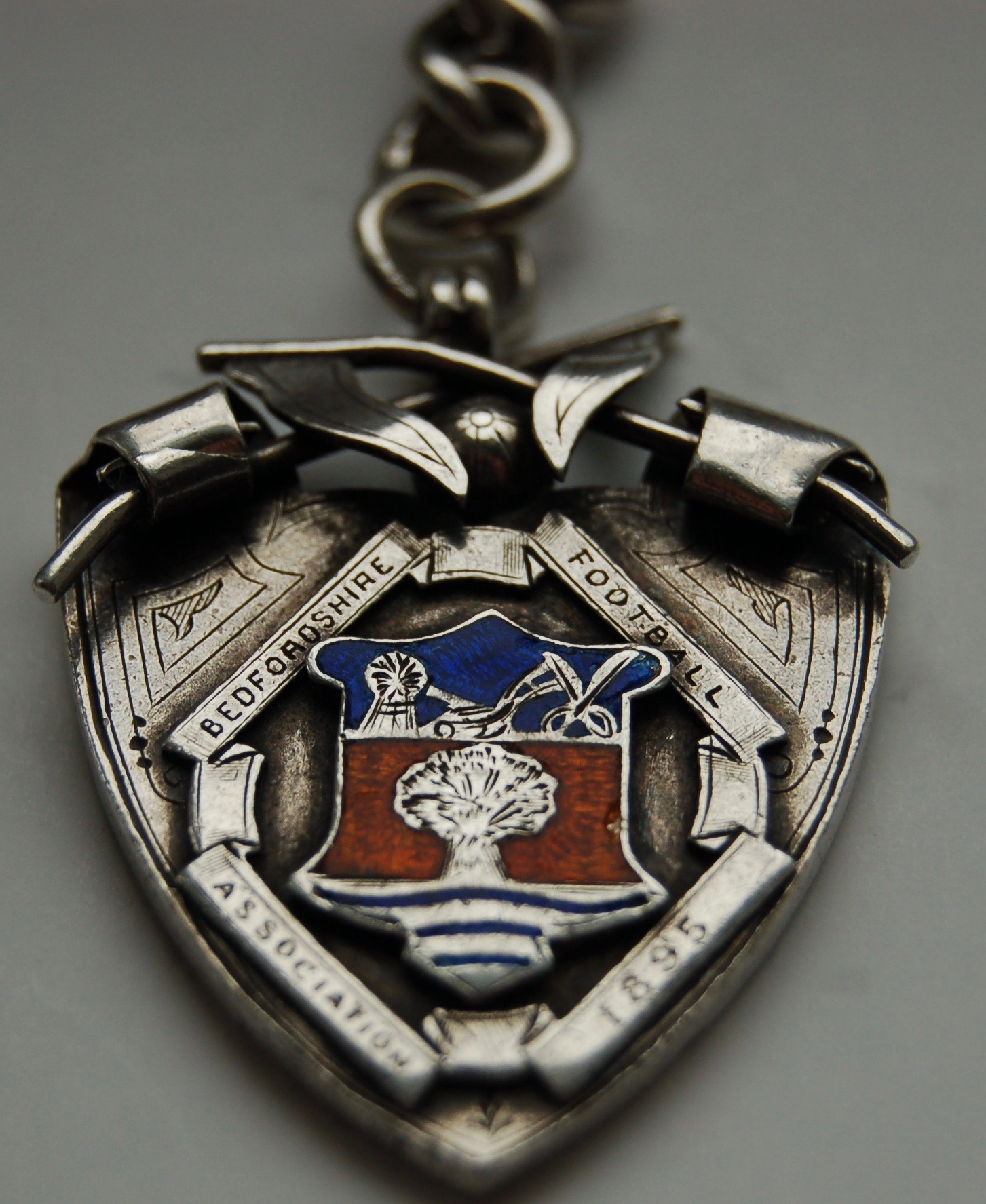 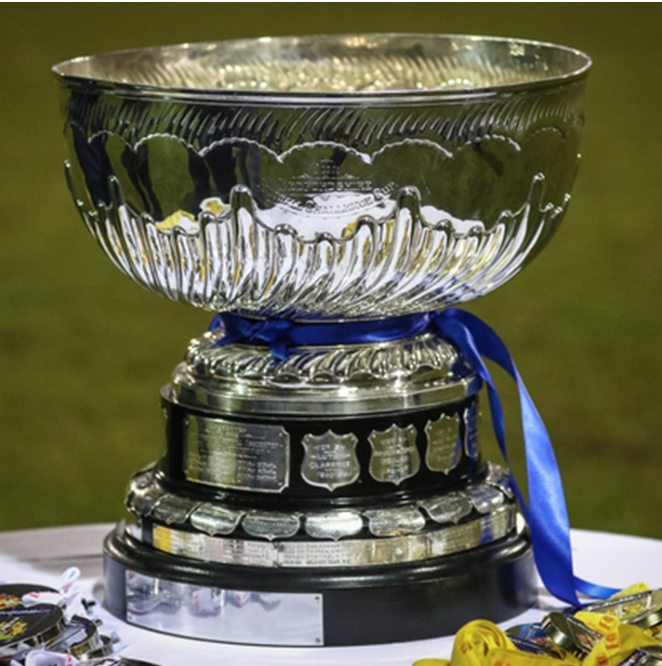 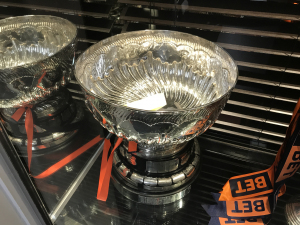 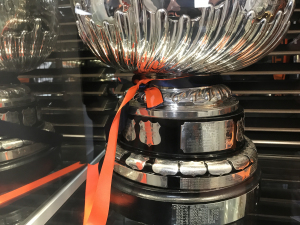 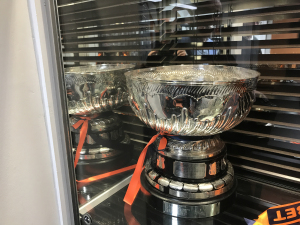 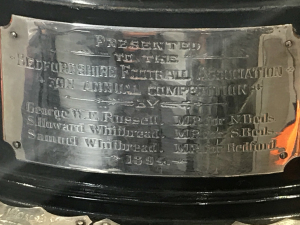 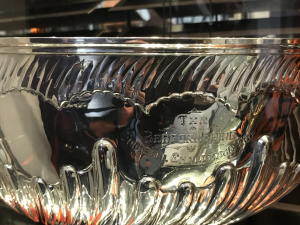