After newspapers decided to support football they began to devote ever increasing column inches to the game.  Without photographs to fill the page, gossip, in depth analysis and even poetry made the back page.  In the second half of the 1893/94 season, the Luton News published a number of poems.

J.W. Julian signed for the Straw Plaiters in 1892 as player coach.  He had a storming game in the 1894 victory over Wolverton.

“Old Luton glories in her sons, her champions, and no wonder,

For, standing nobly to their guns, their foes have knuckled under.

When sturdy rivals fell away and fairly seem’d to falter,

Proud Wolverton, their latest foe, are wiser men and sadder;

Down, in the final test they go, whilst Luton top the ladder.

Your local pets by working hard have covered you with glory.”

The rivalry with Hertfordshire, especially Watford clubs, was well established by 1894.  This poem, published the day before the Straw Plaiters played West Herts of Watford, sums up the mood.

“Call me in the morning early,

For to-morrow’s to be the grandest day

In all the football year.”

It was a grand day as the Straw Plaiters beat the “ham chewers” 3 1.

The Luton Charity Cup of 1894 saw the Straw Plaiters meet the 1st Scots Guards in the semi-final.  A 4 0 win saw off the soldiers, whom they would meet again a few days later in a friendly.

“The Soldiers came down with designs on the Pot,

And thought to give Luton a beating,

But the homesters woke up and gave it to them hot;

And the Guards were quickly retreating.

Their hopes fell a little when Galbraith first scored,

And those hope still further were fleeting,

When Julian and Allen put chalks on the board;

The Soldiers, however, knocked out of the Cup,

For on Friday next they’ll again line up,

To try to give Luton a beating.”

Arthur Taylor, the GOM (grand old man) was retiring from first team action and had a benefit match.  The following poem was written about him;

“He has never shirk’d his duty, but perform’d it like a man;

And shown more knowledge of the game than most good players can.

Right good at heart, and priz’d by all, especially by his chums.

You need not sound your comrade’s praise by cymbals, fifes or drums.

Hard toiler!  With both heart and soul he bangs into the fray,

On, on, and never flags until they’ve lost or won the day.

But if old Luton fails to win, he sits not down to sigh ;

“Away with sighing,” Taylor shouts, “let’s have another try.”

Rise, Luton, rise! and guard your boys; they’re worth their weight in gold;

Your veteran’s worth to Luton Town has never half been told.”

I located the following poem in the Polytechnic (whose team was formerly Hanover United) magazine of 12th February 1896. 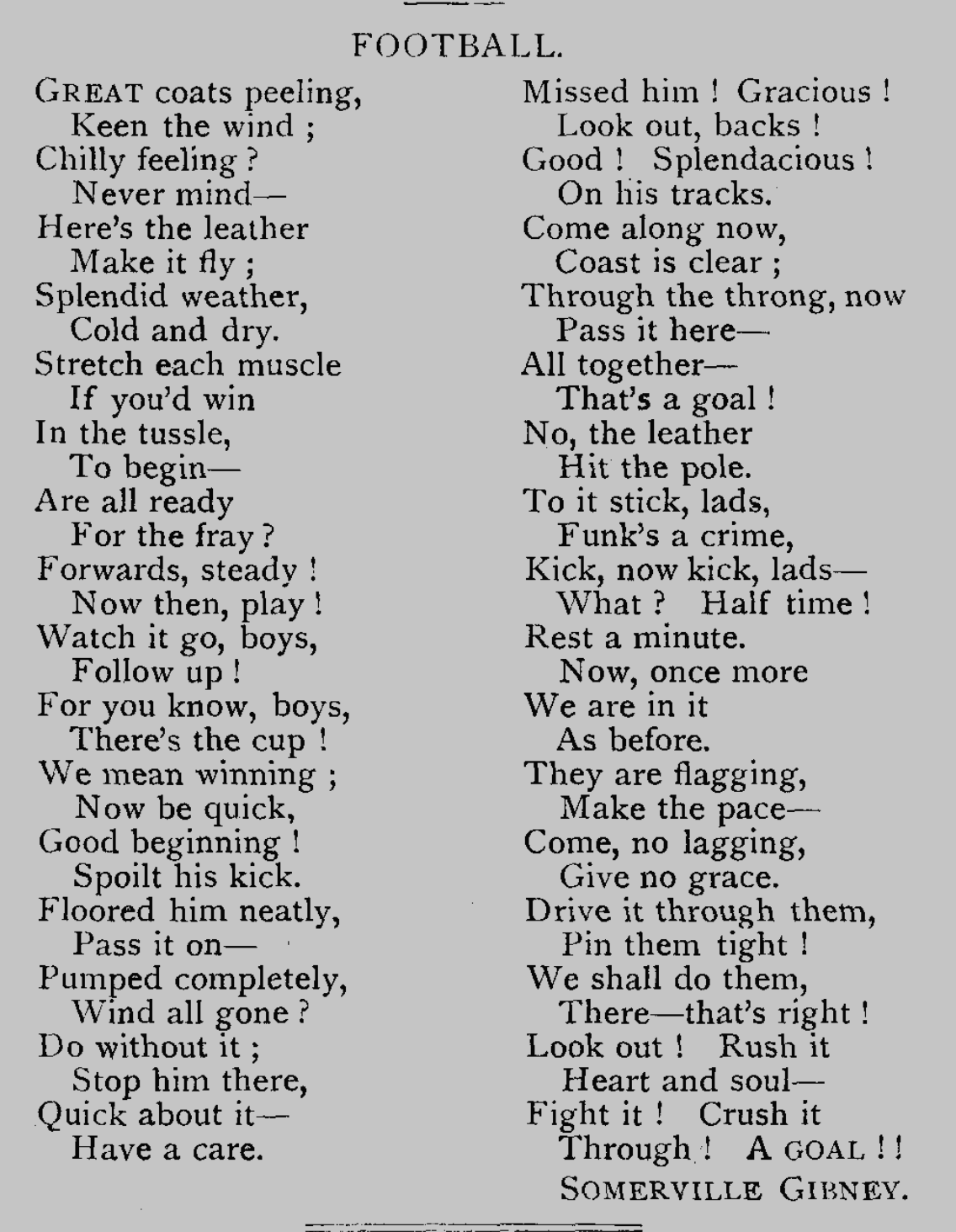