I am making good progress with my research so I will add to this article in due course.  In the meantime, here is a short article about a well known photograph.

Most Luton Town fans are familiar with the photo below of the Dunstable Road ground (1897 to 1905).  What has been a mystery is who was playing and where was the photograph taken from. 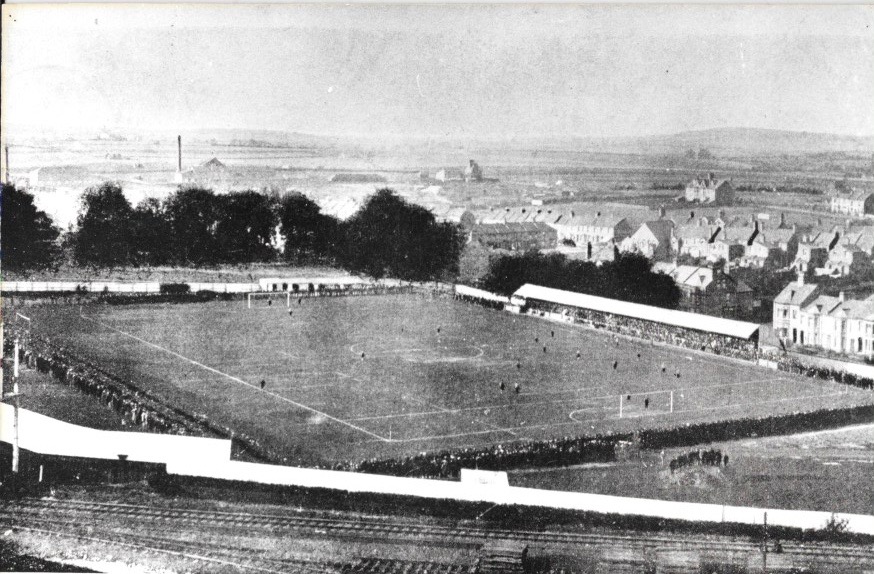 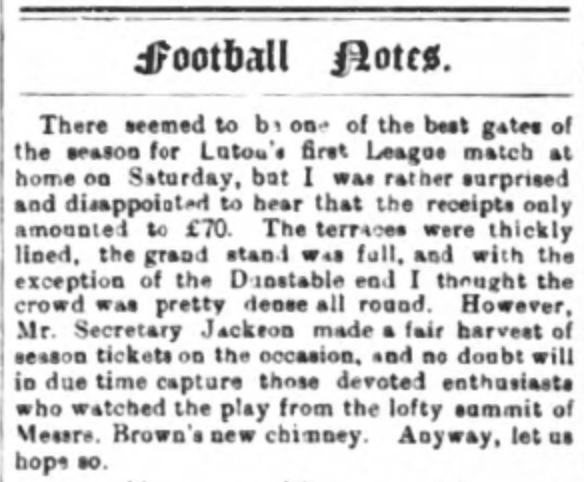 The chimney at Henry Brown’s Timber yard was being constructed on the site of the Dallow Lane ground.  There must have been scaffolding up and some fans and an intrepid cameraman scaled the heights for a better view. 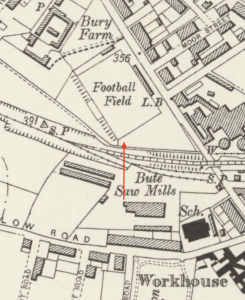 It is therefore highly likely that the game in the photograph is Luton Town v Gainsborough Trinity which the Straw Plaiters won 4 0.  It was the first home game in the Football League Second Division played on the 11th September 1897.  The attendance was 4,000.