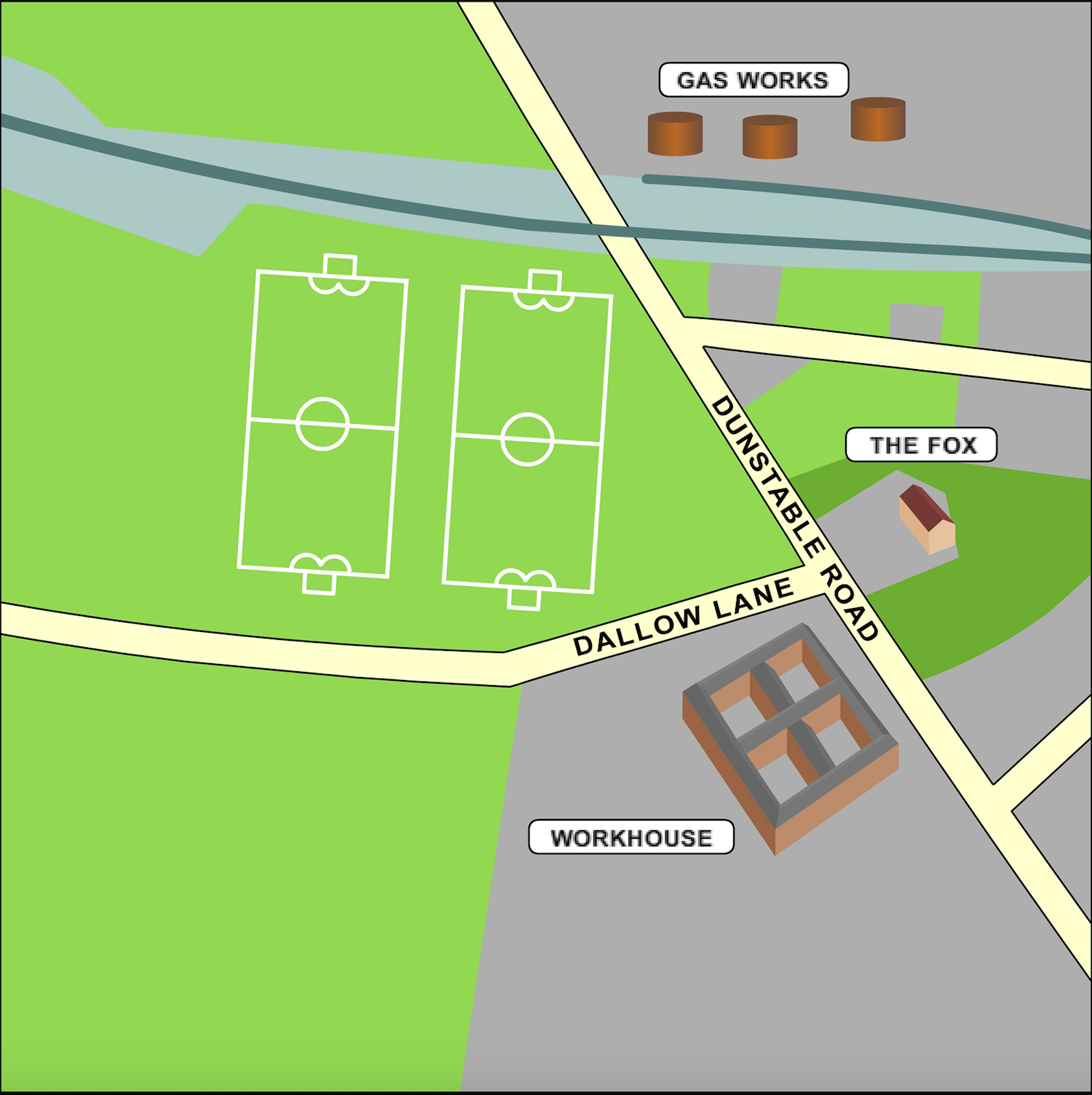 After the demise of Wanderers in the spring of 1887, Luton Town had more room and therefore flexibility in the meadow.  They may have moved the pitch onto that of the Wanderers – they certainly did after the Pavilion was built in 1890.  The Pavilion was built in the Summer and Autumn of 1890 and paid for by the brewer J.W. Green at a cost of £50.  The Pavilion held spectators on the upper tier.  The ground floor held changing rooms and a refreshment stall underneath.  The photo below is from 1957. 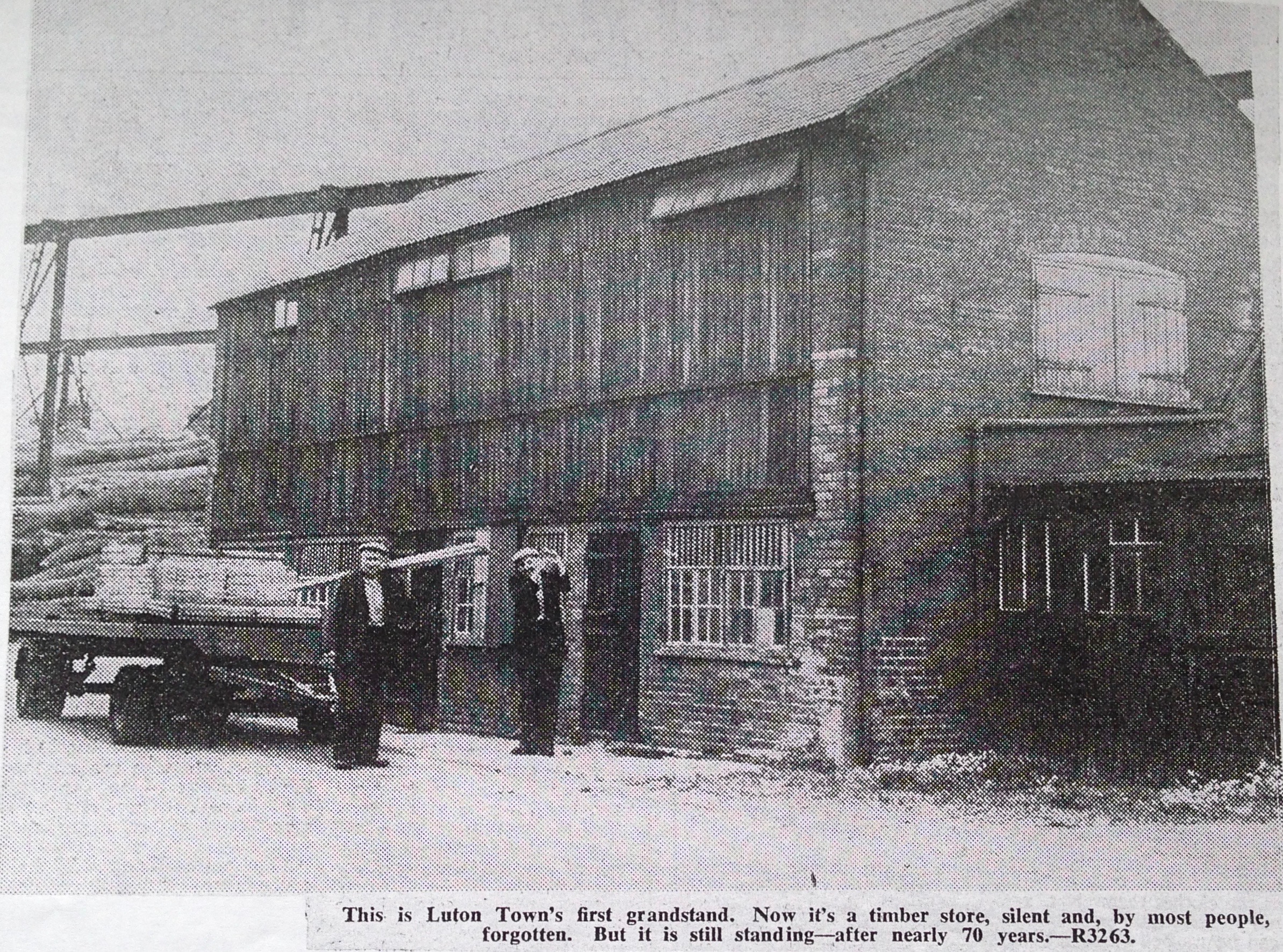 The ground was also levelled at the time the pavilion was built in 1890.  It is highly likely that earth from this levelling was formed into banks or rudimentary terraces for supporters.

The ground was also used for cricket, athletics, cycling and it was the premier venue for the town of Luton for fairs, concerts, dog shows and other events.

January 1893 saw the pitch turned 90 degrees with a goal at the Dunstable Road end and at the pavilion end.  December 1893 saw the grandstand built in the position shown in the illustration below.  There is no evidence of a permanent grandstand on the site before this date. 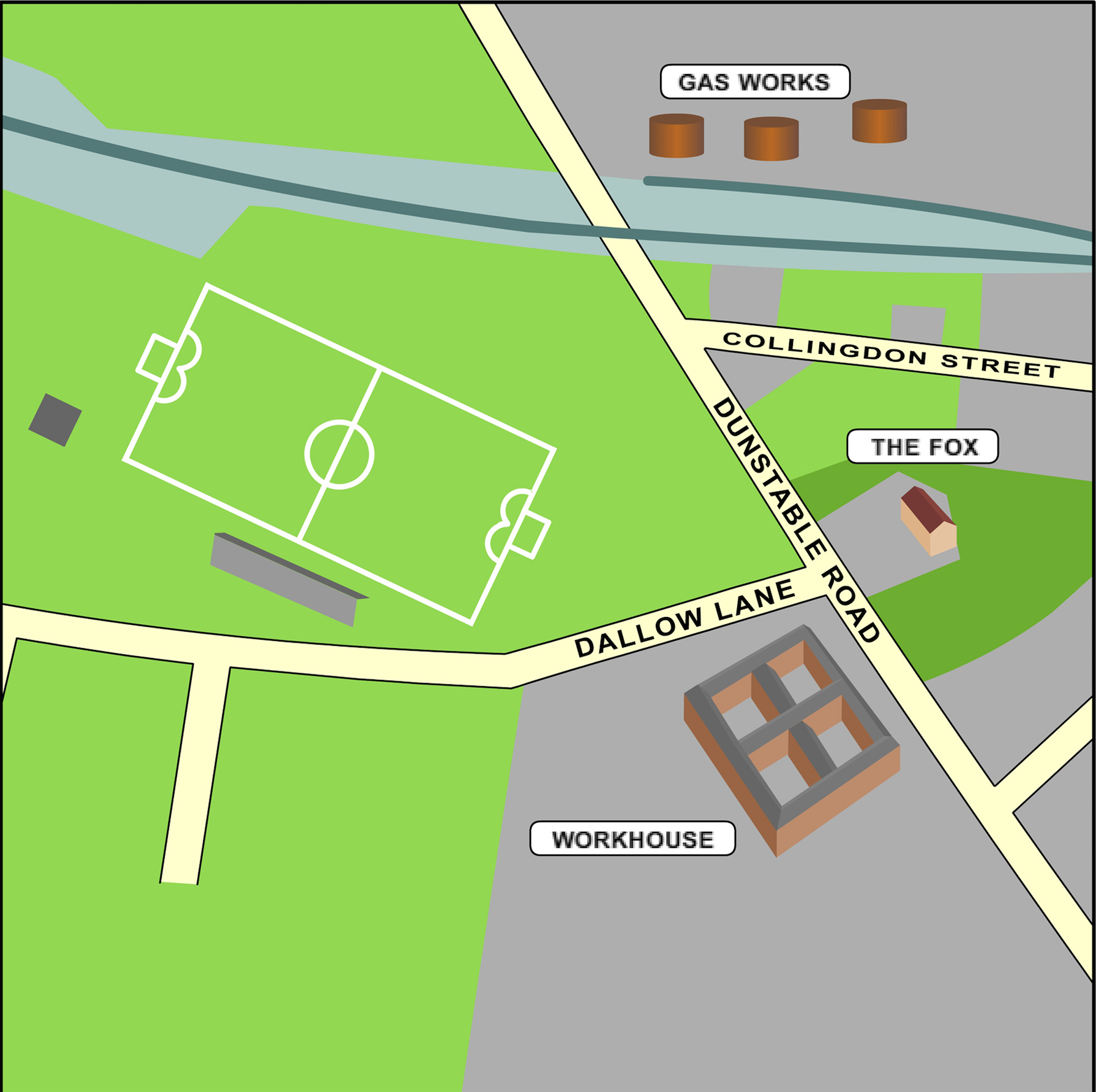 The grandstand could hold 400 people and below is the only photograph we have. 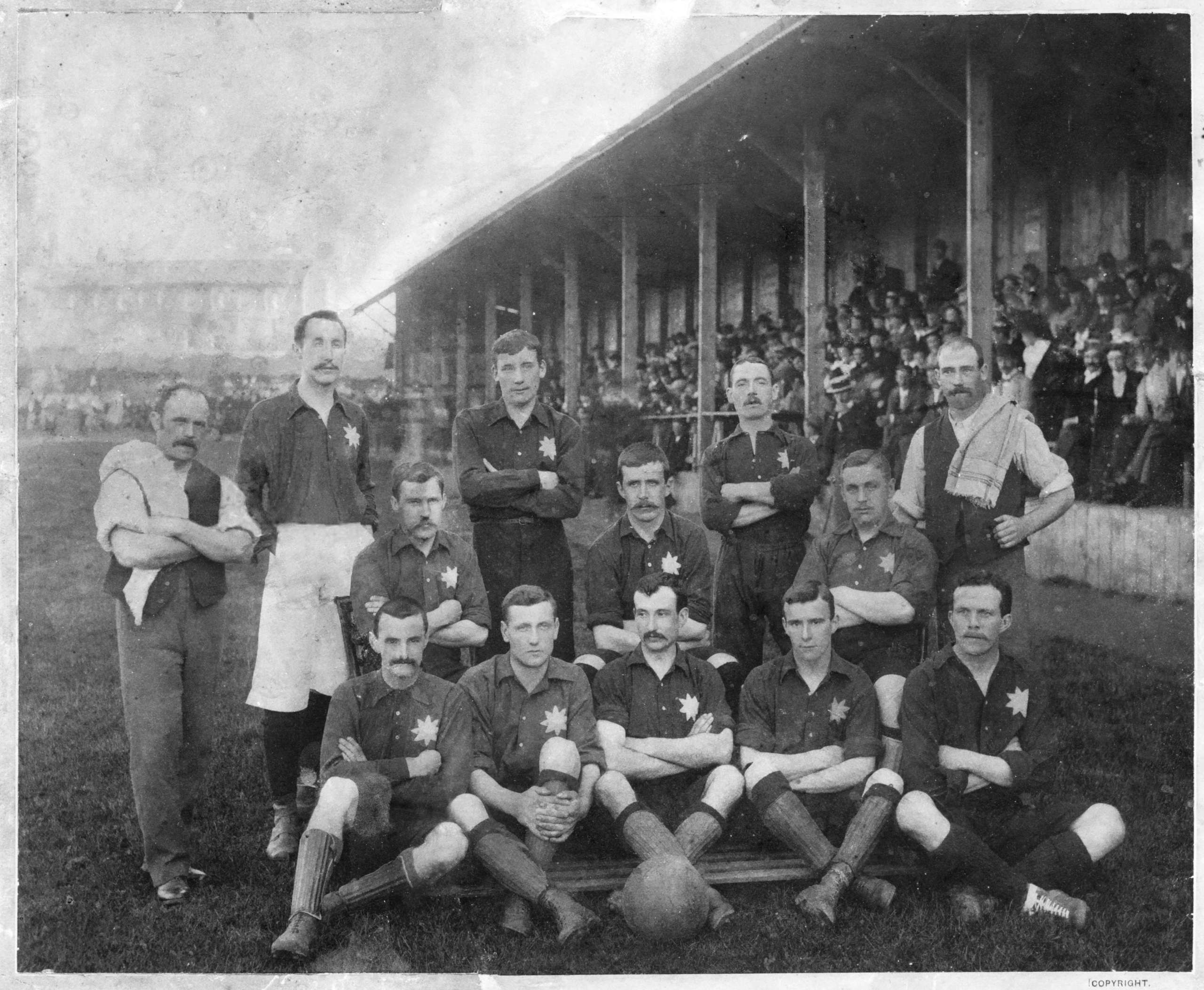 We know from a newspaper interview with Isaac Smith, the club secretary, that the pitch in 1894 was 120 yards long by 70 yards wide.  The minimum width a pitch could be was 70 yards which was used by the club as the railway line and Dallow Lane bordered the site.

The aerial photo (2017) below shows my best estimate of where the pitch was positioned from 1894. 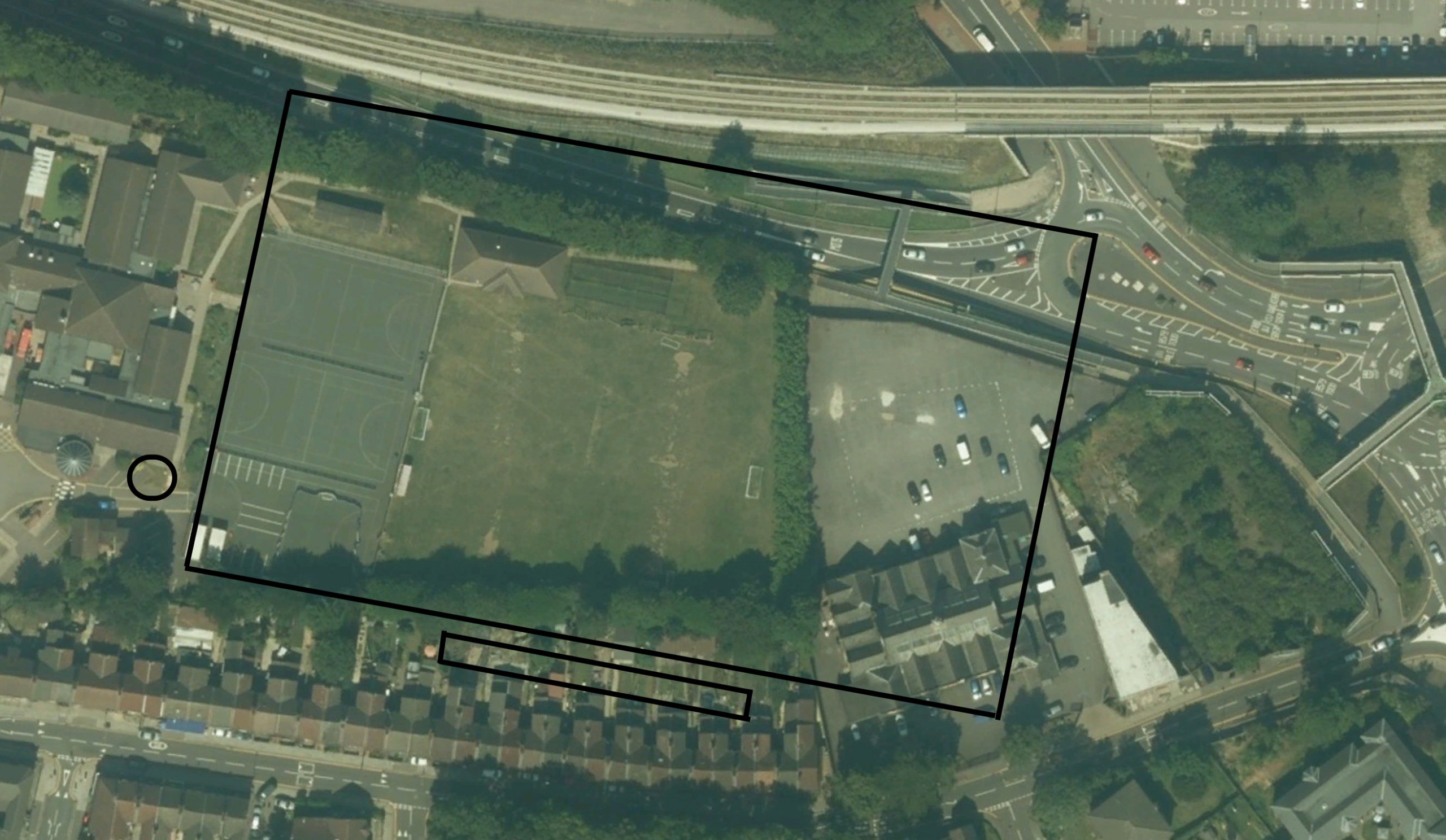 I visited the site (now Dallow Road Primary School) in January 2016 with the club historian and took some photographs.

The following photo was taken on the goal line at the Pavilion End with Dallow Lane in the background and the Railway line/Hatters way behind the camera.  In October 1895 a step to form a terrace was cut – the bank could well be the remains of that terrace. 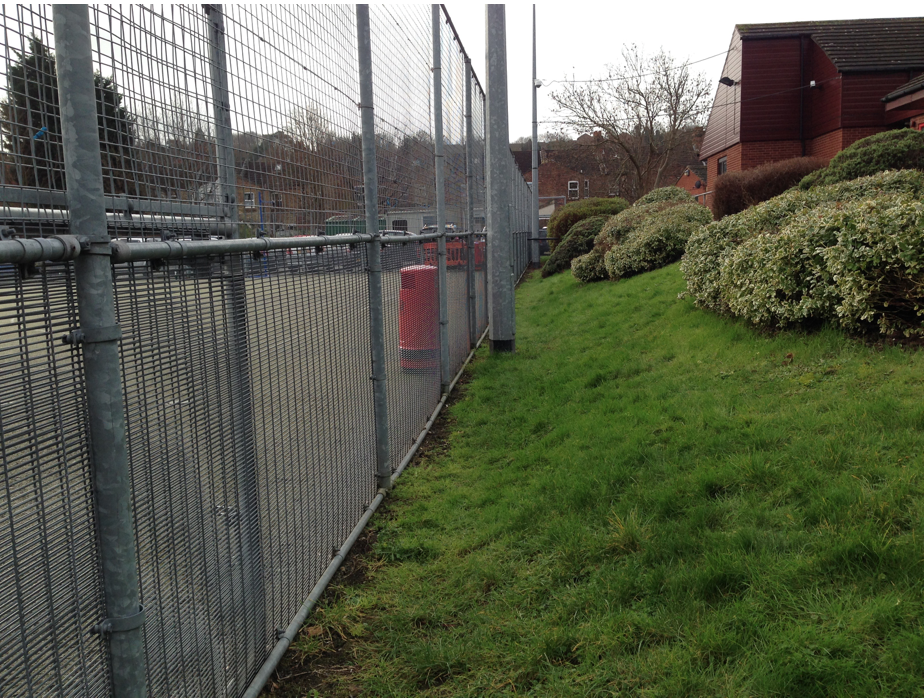 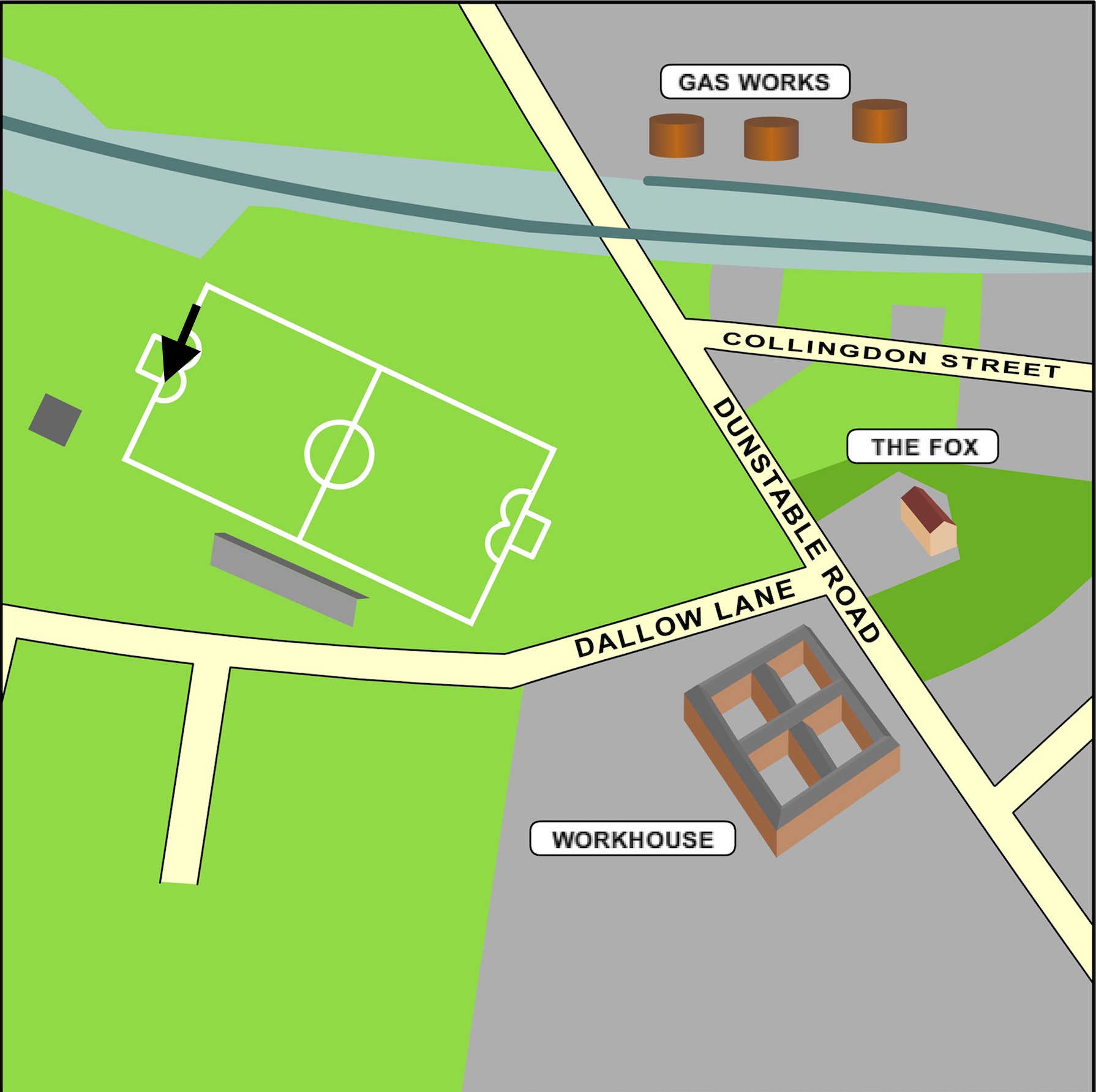 The following photo was taken near the halfway line looking towards Dallow Lane. 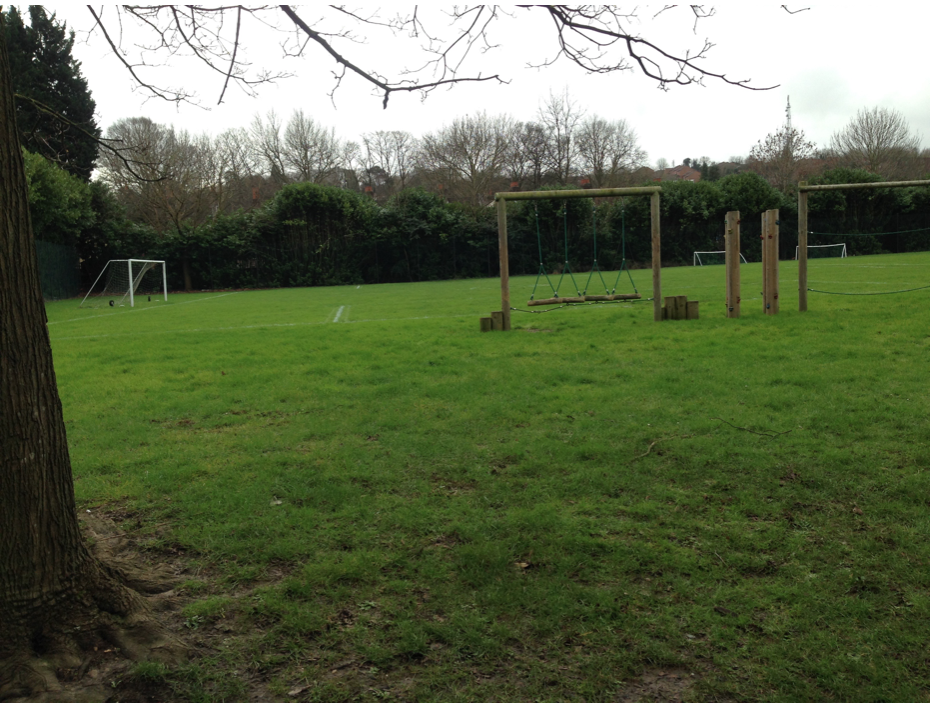 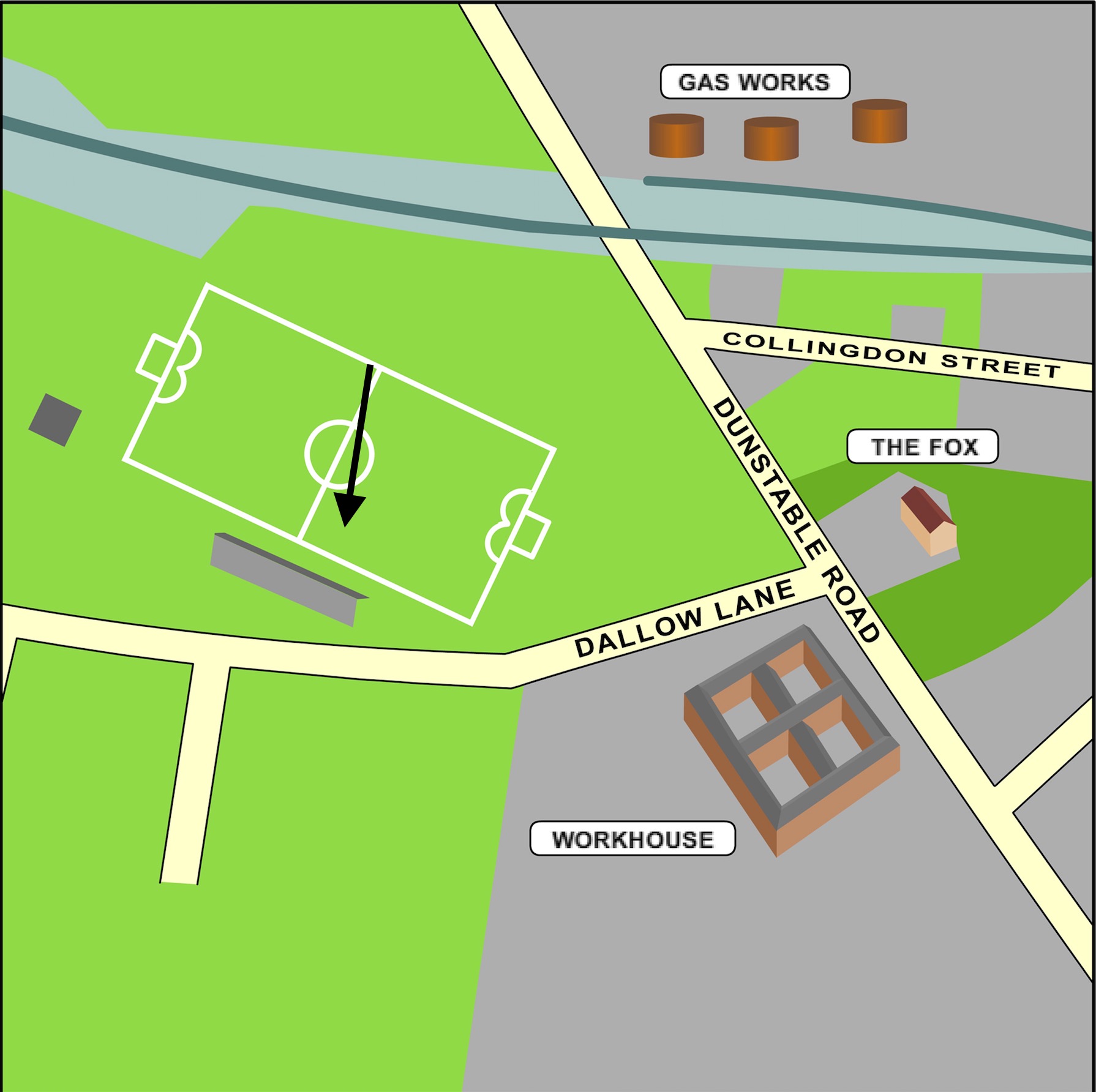 The following photo was taken from next to the grandstand looking towards Dunstable Road. 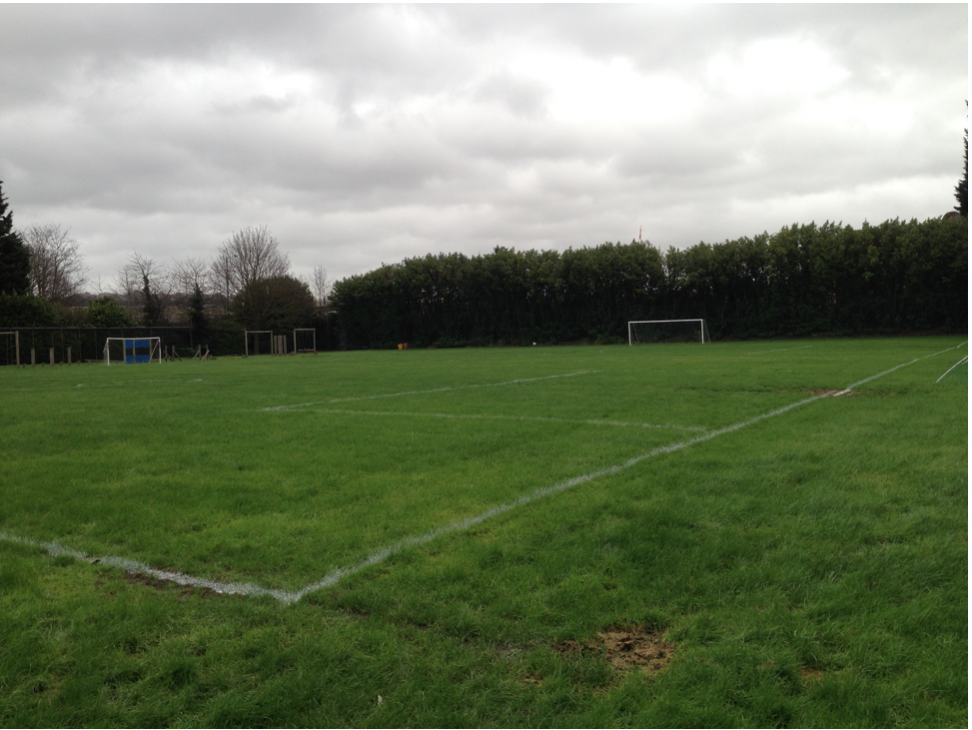 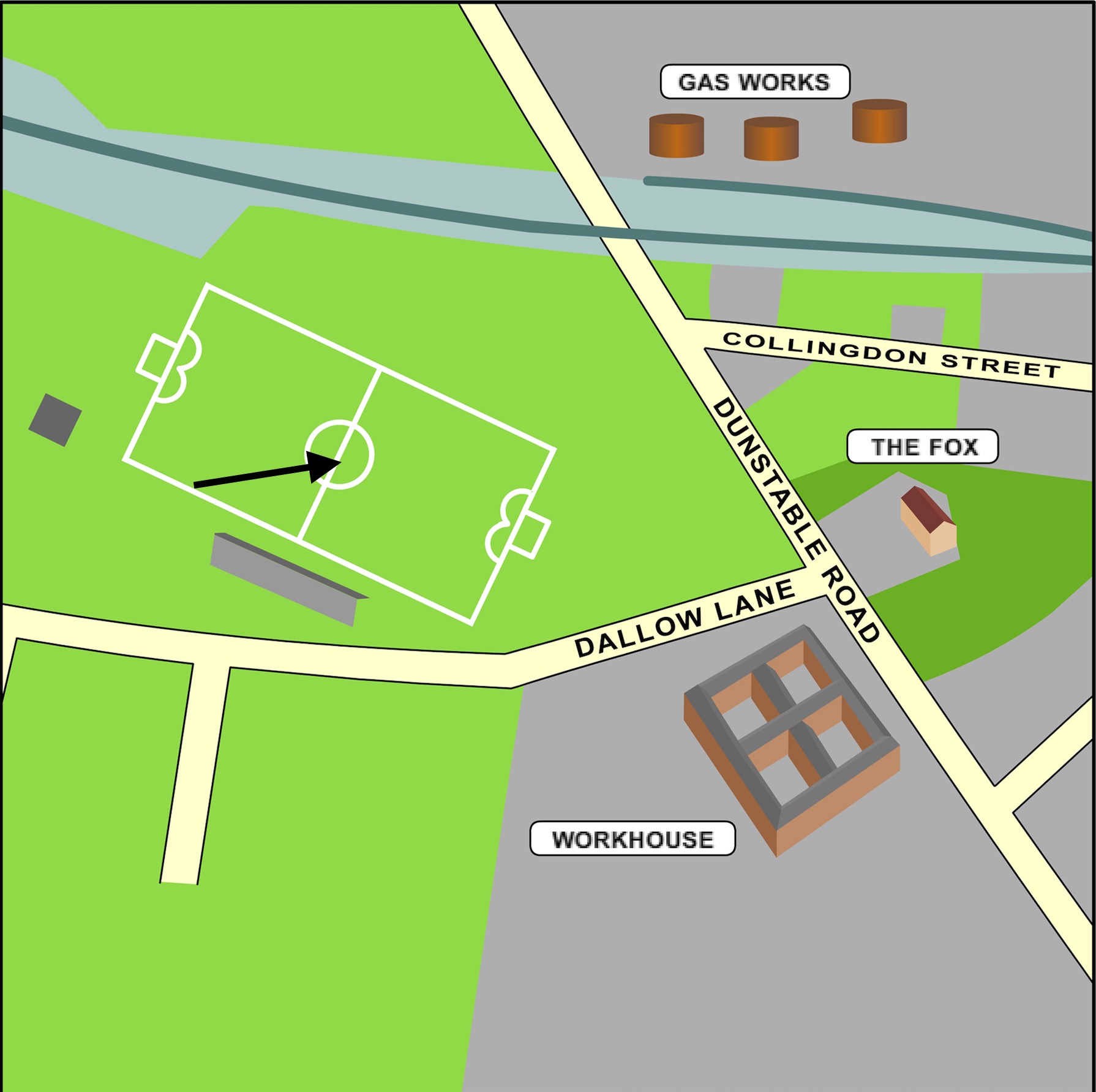 The following photo (was taken roughly where the Grandstand photo was taken in April 1896) looking towards the Workhouse.  You can just see the Workhouse to the left of the fir tree. 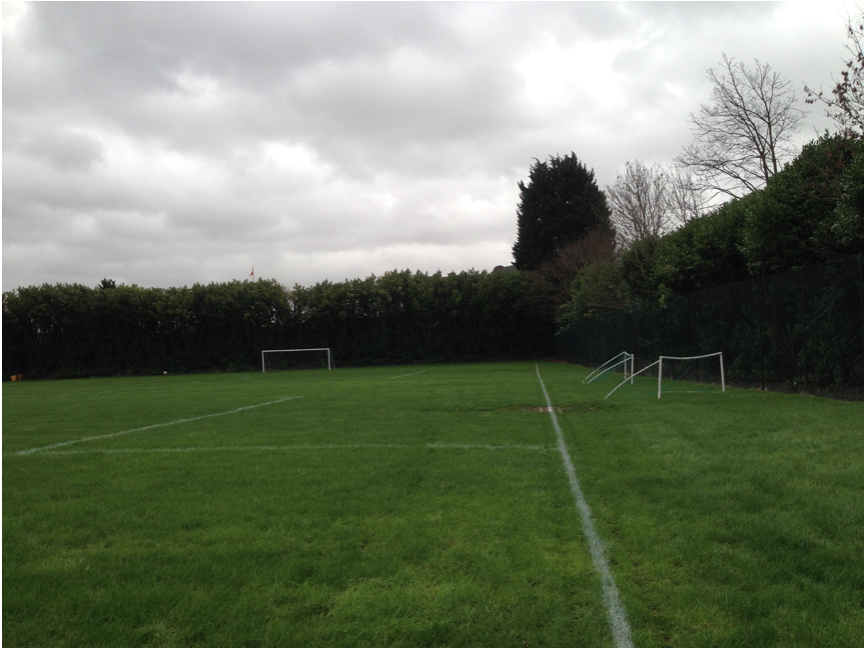 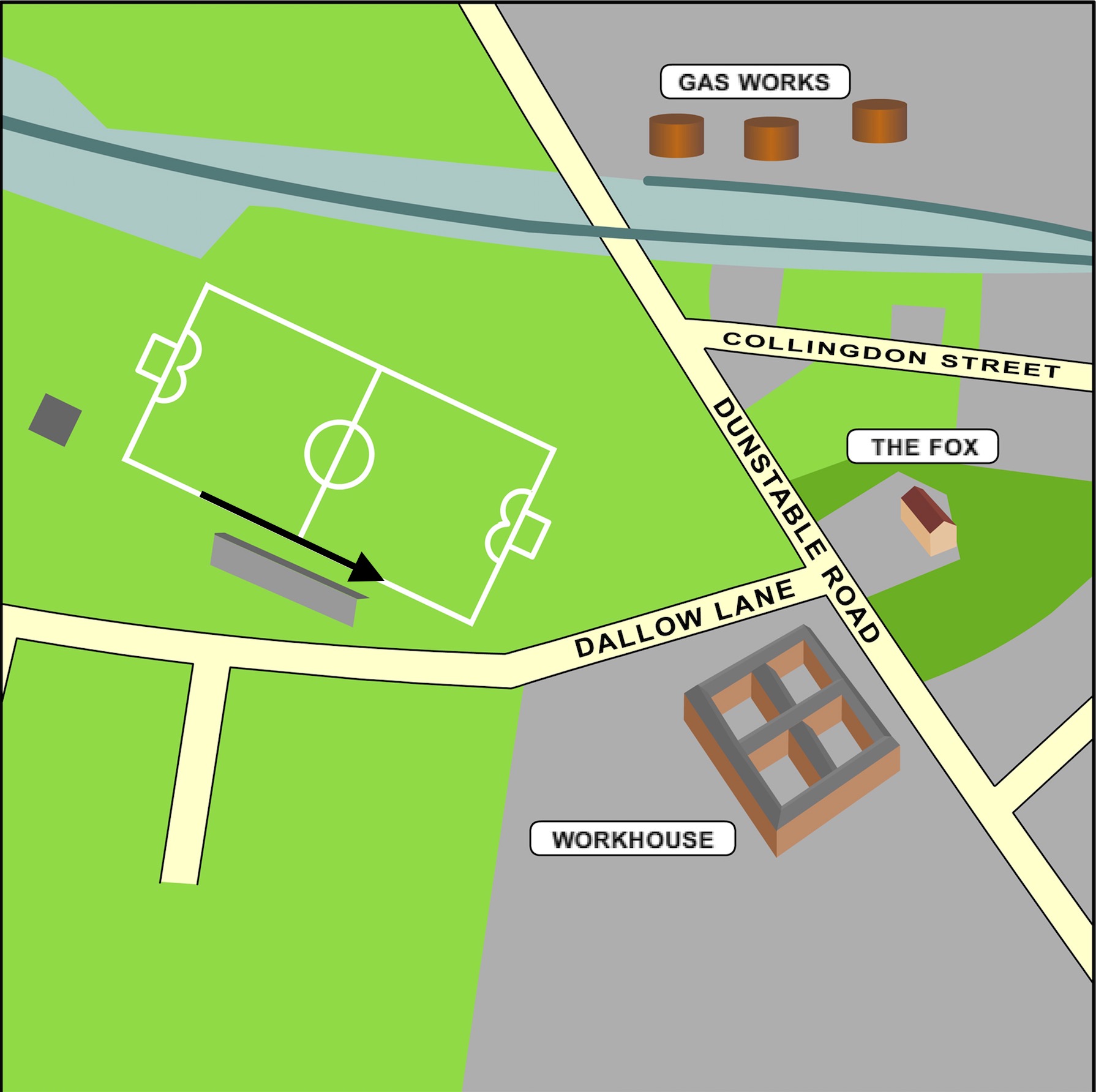